Abkhazia is a country controlled by separatists that was formally called the Republic of Abkhazia or “Apsny”. The name means a country of mortal beings. Russia and a small number of countries recognize the sovereignty of Abkhazia. However, the United Nations, most of the international states and Georgia consider it part of Georgia. Georgia designates it as the Autonomous Republic of Abkhazia.

Under Siege: Inter-Ethnic Relations in Abkhazia 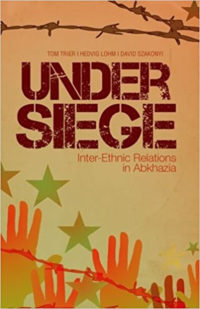 Under Siege "is the first book in any language that documents and analyses the ethno-political dynamics of Abkhazia, a region located in the north-eastern corner of the Black Sea, which separated from the Republic of Georgia after the Soviet Union after a bloody civil war Fifteen years, the region was in fact an independent state, even if not internationally recognized, until August 2008, when the short war on South Ossetia (another dissident territory) ended with the official declaration of Russia that Abkhazia and South Ossetia were so few are familiar with the political and economic mechanics of this small post-Soviet country, Abkhazia has become a crucial component of Russia's struggle to redefine its global influence and an important factor in his geopolitical battle with the West.

Read it For:
The book, written in late 2008 and published in 2010, examines the ethnic dimension of Abkhazia and how the state is working to keep the Abkhaz ethnic identity alive among a large minority. Although brief (only about 130 pages) it has a lot of information on the subject, and analyses aspects such as education, government and the situation of human rights in Abkhazia.

Don't Read it For:
Under Siege does not attempt to contribute to a theoretical understanding of mass violence and genocide.

What makes this book stand out?:
It is useful to the research libraries involved in the study of mass violence, particularly Central and Eastern Europe and the former Soviet Union. 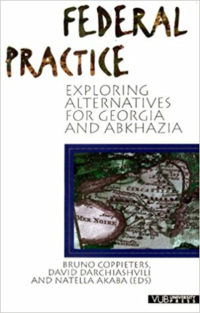 This volume does analyse the historical roots of the conflict between Georgians and Abkhazians and explore the relevance of the practical federal experience of various parts of Europe in the regulation of ethnic conflicts.

Read it For:
It provide us the true facts without any bias perspective like the Georgian injustice against Abkhazia and the fact of committing genocide against the nation, which now has only 300 people worldwide.

Don't Read it For:
Instead of stories it contains essays with might be less interesting than stories.

What makes this book stand out?:
It give us whole view of conflict between Georgians and Abkhazians.

Conflict in the Caucasus: Georgia, Abkhazia, and the Russian Shadow 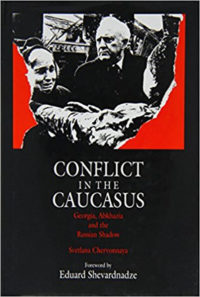 Mr. Chervonnaya, an expert in the history of art in Tatarstan, unveil the complexity of Abkhaz-Georgian relations and forging an image in which these statements are applied against overwhelming counter-evidence, apparently the leaders of the Abkhazia minority, which makes them guilty of war that broke out along the Caucasus Riviera on August 14, 1992.

Read it For:
In a 227-page book it is comforting to find a statement by which a critic can agree with all his heart, especially when he explains the existence of the book.

Don't Read it For:
It is a small book of 227 pages which covers the whole era of conflict between Georgia, Abkhazia and Russia. The book with small font and small pages seems too difficult to read and became boring.

What makes this book stand out?:
It covers the era of conflict between Georgia, Abkhazia and Russia. 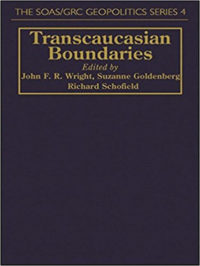 The "Transcaucasian Boundaries" provide the first insights into the geopolitical dynamics in this ethnic and turbulent region of the former Soviet Union. The interaction between the former control powers of Iran, Turkey and Russia is examined, and conflicts in Nagorno-Karabakh, Ossetia and Abkhazia are subject to expert analysis.

Read it For:
All students of geopolitical and ethnic issues will find in this volume a valuable contribution to the understanding of the complex geopolitical problems of a rich and diverse region.

Don't Read it For:
It is really relevant to the modern reader, but it is more valuable as a piece of historiographical research, providing an academic vision of the region so soon after the wars.

What makes this book stand out?:
It provides both Armenian and Azeri history of the Nagorno-Karabakh region, which is interesting because of its strong contrast with the same area.

Statehood and Security: Georgia After the Rose Revolution 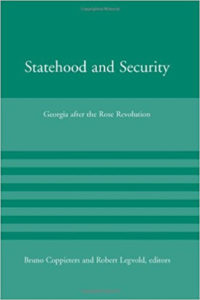 "Statehood and security" examines the different levels of these challenges and explores the complicated ways in which they intersect and influence each other. He argues that Georgia's problems must be taken seriously by the rest of the world and consider what Georgia, its regional neighbours and the West can do, in the context of what is politically feasible, to improve the situation in order to improve the security situation of everyone interested.

Read it For:
The chapters on "State and Security", written by Georgian and non-Georgian authors, examine issues such as the Georgian national identity; the ineffectiveness of state institutions due to corruption, criminal activity and paramilitary groups; The conflictual relations of Georgia with Russia, including the role of Russia in Abkhazia; and the role of the West.

Don't Read it For:
It is written by Georgian and non-Georgian authors. So, it can be difficult to read and may be less understandable.

What makes this book stand out?:
This is the first book to explore the profound and complex security challenges facing Georgia before and after the dramatic November 2003 revolution. It brings together Georgian and non-Georgian authors who examine the different facets of the challenges facing Georgia: territorial conflicts inside the country to tensions beyond the borders of Georgia, including the long and problematic relationship with Russia. 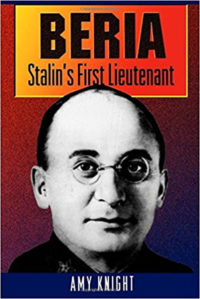 This is the first complete biography of Lavrentii Beria, the infamous Stalin police chief and for many years his most powerful lieutenant. Beria has always symbolized all the evils of Stalinism, persecuting the public imagination both in the West and in the former Soviet Union. However, because his political opponents erased his name from public memory after his dramatic arrest and execution in 1953, little had been published previously about his long and tumultuous career.

Don't Read it For:
This book doesn’t directly focus on the Abkhazia era.

What makes this book stand out?:
It is the biography of a police chief, Lavrentii Beria who allows the reunification of Germany.

The Abkhazians: A Handbook 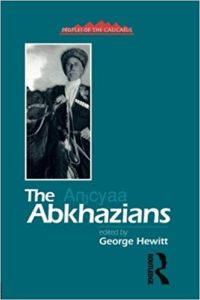 The Abkhazians are an old Caucasian population that lives mainly on the eastern shores of the Black Sea in the shadow of the great Caucasus mountains. Over the centuries, different cultures such as the ancient Greeks, Christianity and Islam have left their mark without affecting the unique individuality of the Abkhazians.

Read it For:
this book gives us the brief introduction about Abkhazians.

Don't Read it For:
This books follow an interpretation without any solid proofs of reality.

What makes this book stand out?:
With the publication of this book, which includes a completely new interpretation of the union of Abkhazia with Russia between the 18th and 19th centuries, the relevant facts about Abkhazia have finally been accessible to the English-speaking world, which would therefore be a better position to understand the Abkhaz aspirations.

Autonomy and Conflict in the Caucasus 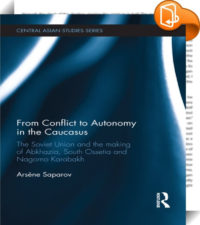 The book analyses the relationship between the politics of Soviet nationality and modern ethnic conflicts in the post-Soviet space. The book explains why the Bolsheviks granted autonomous status to ethnic minorities in the Southern Caucasus, focusing in particular on Abkhazia, Nagorno-Karabakh and South Ossetia. Observing the reasons for which these ethnic groups have been granted autonomy, the book highlights the roots of modern conflicts in the Caucasus.

Don't Read it For:
the book doesn’t directly focus on the Abkhaz.

What makes this book stand out?:
Based largely on original sources in the Russian language and archival materials of the region, the book brings together two periods that are generally studied separately from the period of the Russian Civil War of 1917-1920 and the early Soviet period 1921-1936 to understand the roots of Bolshevik policy of decision-making in granting autonomy.

Let’s Split! A Complete Guide to Separatist Movements and Aspirant Nations, from Abkhazia to Zanzibar 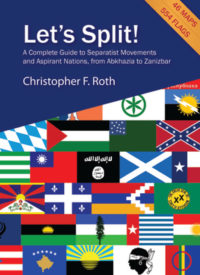 Book focuses on the contemporary struggles for independence all over the world. The separatist, nationalist and separatist movements described range from serious and violent to shameless and imaginative, collectively revealing the passion that people feel for their identity and their roots in a globalized world

Read it For:
This full-color reference book is a fun and informative look at contemporary struggles for independence around the world. It includes maps and illustrations also.

Don't Read it For:
It is a small book and focuses more on map and illustrations and less on facts.

What makes this book stand out?:
This book will be a pleasure for anyone fascinated by the geography and cultures of the world.

The Guns of August 2008: Russia’s War in Georgia 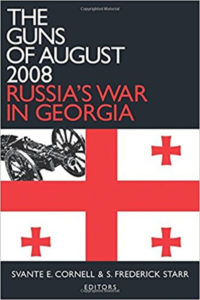 In the summer of 2008, a conflict that seemed to have started in the Georgian separatist territory of South Ossetia has intensified rapidly and has become the most important European security crisis in a decade. The implications of the Russo-Georgian war will be understood differently according to the narration of what has happened and the perspective in the wider context.

Read it For:
This book was designed to present the facts related to the events of August 2008 along with the complete coverage of the background of such events.

Don't Read it For:
This book contains violence and war scene.

What makes this book stand out?:
It brings together vast experience in the South Caucasus and in Russian foreign policy, with contributions from Russian, Georgian, European and American experts in the region.