Nicaragua is the largest Central American country which is known for its beautiful beaches, lakes, volcanoes and its two-decade long revolution of the Sandinistas, first against the Somoza dictatorship, and then with the U.S. backed right-wing Contras. Below is a list of books on Nicaragua who stand out among the narratives published on that period and beyond. 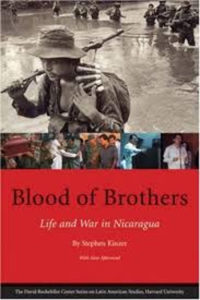 Blood of Brothers is the story of Nicaraguan Civil War and how years of brimming volatile situation erupted into violence between the Sandinistas and the Contras after the overthrow of Somoza as the country leader.

Read it For:
The author paints a perfect picture of Nicaragua and its culture and conflicts.

Don't Read it For:
The book is not written by a Nicaraguan, but an American – and so many people often raise questions about the accuracy.

What makes this book stand out?:
The author is actually a foreign correspondent reporter who was present in the Nicaraguan Civil war during the 1980s. Thus many of the events in the books are first-hand accounts.

The Country Under My Skin: A Memoir of Love and War 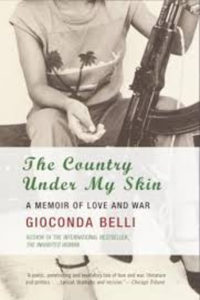 This book is a beautiful, heartwrenching and poetic real-life account of Belli, a Sandinista rebel who leaves her safe cocoon of Californian life and joins the revolution –both for her freedom and the countries.

Read it For:
For inside stories of the Sandinista revolution right from its budding and hiding days to the days of the all-out war.

Don't Read it For:
Many people do not like the touch of poetry in an autobiography about such serious matters.

What makes this book stand out?:
Very few books are there with such raw narratives told by a female rebel fighter – it is undoubtedly one of the best books on Nicaragua and its military history. 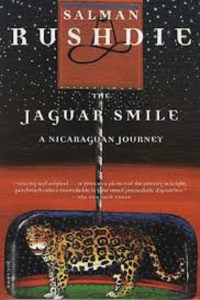 Rushdie tells the story of a country ripped apart with revolution and contradiction where heroes are legends, warriors are poets and politicians are negated.

Read it For:
Rushdie’s haunting narrative in which he paints the truest picture of humanity or the lack of it in Nicaragua.

Don't Read it For:
The Jaguar Smile is perhaps the only complete piece of non-fiction Rushdie has ever written, and so many people feel like it reads a lot like journalism reporting than a book.

What makes this book stand out?:
Rushdie wrote this book with absolutely no preconceived notion and depicted exactly what he saw in a post-war Nicaragua. Thanks to his name, it is among the most popular books on Nicaragua.

The Ladies of Managua 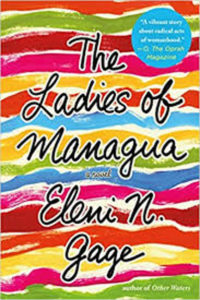 The Ladies of Managua is a drama about the generations of mothers and daughters – Isabella, the mourning and reminiscing old widow, Nenixin, the ex-revolutionary and hardworking government employee and Maria, the young girl with a secret. The strained relationships are confronted, and secrets are spilt when they meet for the funeral of Isabella’s husband, Nenixin’s father and Maria’s Grandpa.

Read it For:
Even though fiction, it upholds perfectly the tensions of the war and the effect it left on generations.

Don't Read it For:
The book can be a bit hard to get into and wrap your head around.

What makes this book stand out?:
Being a story of three strong female characters in a situation which is mostly male-dominated. 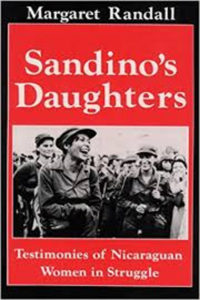 This book holds real accounts of the women revolutionaries who participated and fought in the struggle against Dictator Somoza and how being a warrior for a cause changed their lives and perspectives.

Read it For:
To understand the strong and inevitable relationship between feminism and revolution in a country like Nicaragua.

Don't Read it For:
There is absolutely no reason why one should not read this book.

What makes this book stand out?:
Giving words to the voice and opinion of Nicaraguan revolutionary women and representing women from all socioeconomic status who came together for the one cause of freedom. 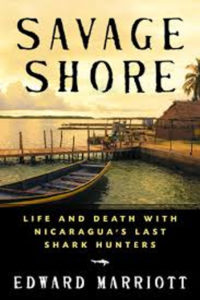 Author pens a nail-biting yet deep narrative about Nicaragua’s famous and fierce Atlantic bull sharks and how he joins a group of last surviving fishermen to fish for sharks in the dangerous swamps.

Read it For:
The way Marriott draws a Moby Dick-like line between the beast hunting and worldly sufferings and corruption.

Don't Read it For:
Like its predecessor, it also gets too much into shark’s anatomy and lifestyle at points.

What makes this book stand out?:
Among a bunch of books about the wars and struggles, this book brings a new taste and yet maintains the relevancy. 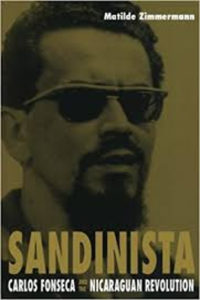 This book is the biography of the legendary founder-leader of the Sandinista National Liberation Front of Nicaragua (the FSLN), Carlos Fonseca Amador.

Read it For:
To know exactly how much influence of this man was there in the FSLN, both spiritually and strategically, and whether his ideals were uplifted or not after he was killed in the war in 1976.

Don't Read it For:
The characterisation of Fonseca in the book does not give a full picture. It misses out the mundane and trivial details that often prove to be important traits in a personality.

What makes this book stand out?:
Giving a clear idea of the Fonseca ideology and beliefs and how slowly the Sandinistas drifted away from it, thus not ending the biography at his death.

Life is Hard: Machismo, Danger, and the Intimacy of Power in Nicaragua 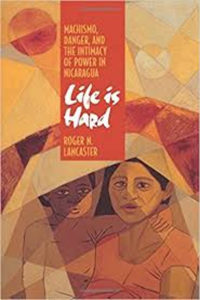 Life is Hard is a story about exactly how life is hard for any Nicaraguan who does not fit the bill of machismo. Through its various characters, it talks about how patriarchy, racism and sexism do nothing to help the already turbulent political scenario.

Read it For:
It is that part of the Nicaraguan war that few people have seen or read about, but is largely there.

Don't Read it For:
Sometimes it might feel like the author is talking more about his ideas than Nicaragua itself.

What makes this book stand out?:
The issues it addresses are relevant in respect of the entire world, especially in a time like this, which makes it one of the 10 bestselling books on Nicaragua. 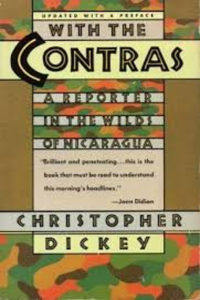 With the Contras is the author’s eye-witnessed narration of the transformation of Nicaragua, when the dictator was overthrown and his armed forces – the legendary Rattlesnakes, Wild Geese, Black & White – went into hiding in the mountains and continued guerrilla warfare with Sandinistas.

Read it For:
Dickey writes in such a flourish that reads like the best of war novels, but at the same time is full of real and accurate incidents.

Don't Read it For:
It lacks many important bits that came up later and thus might seem incomplete in today’s context.

What makes this book stand out?:
Christopher Dickey was the first reporter from America who got out alive after spending time with the Contras in the mountains and wrote a book on it.

Meet Me Under The Ceiba 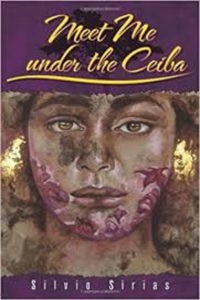 This is a true story depicted into a novel by Sirius who paints himself as the American professor in the book.  The tale revolves around Adela, her murder and all sorts of love, hatred, jealousy and scandals.

Read it For:
Even though the story is real, Sirias’s narrative gives this unique tale or real love and loss a new charm.

Don't Read it For:
Not much criticism can be heard about the book

What makes this book stand out?:
Portraying the love and life of a young lesbian in the backdrop of La Curva beautifully, with utmost care