America has been one of the emerging superpowers of the world, expanding largely through the decades by expanding their reach and control over the world. All of this, with the help and leadership of great leaders and political icons of their country. What is known to the public and what actually goes on inside the government and White House are two different things, completely. These books will give your insight a behind the scenes view which will change your opinions and thoughts. Here are some of the top American political memoirs. 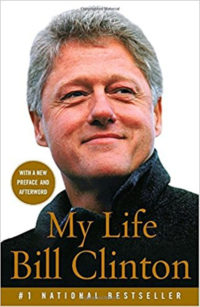 Witness the life story of Bill Clinton, one of America’s most controversial former presidents and the journey of his life that led him to be elected president, controversies around his career and the impact that each person had on his life.

Read it For:
Bill Clinton’s life and the events that led up to his success.

Don't Read it For:
This book is slightly deluded, and it speaks only from Clinton’s point of view. So if you know the actual situation of the country at the time, it would be hard to know the difference between right and wrong from the actual working and what he has written about.

What makes this book stand out?:
Being honest and open about all the happenings of his life and career, including his affair with Monica Lewinsky and his foreign policy. 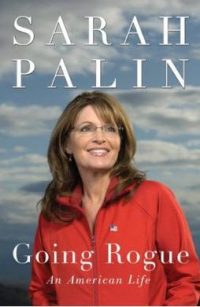 Sarah Palin is an important political figure and shaped politics especially during the time of Obama’s first presidency. This is a story of her political activities and also her own life and growth.

Read it For:
Sarah Palin is an important political figure and shaped politics especially during the time of Obama’s first presidency. This is a story of her political activities and also her own life and growth.

Don't Read it For:
The Empire of political grounds from her point of view.

What makes this book stand out?:
Being a defensive blow against all the people who didn’t believe in her during her working for McCain.

Locked in the Cabinet 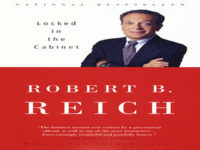 An insight to the highest levels of government and the personalities of some top executives, along with the Clinton administration during the early nineties. The author is an acclaimed friend of the Clintons, and he explains politics with humor.

Read it For:
An interesting book on political history along with a touch of humor.

Don't Read it For:
An unappealing writing style that won’t get along with some readers.

What makes this book stand out?:
Being descriptive, humorous and on point to the topic. 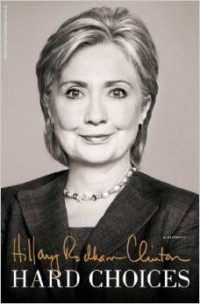 This is a memoir on the life of Hillary Clinton, the front-runner in the US presidential elections held in the year 2016. Hillary is a prominent political leader and an authoritarian figure for women and politicians alike. This book, published in 2014, speaks about her life and career along with the loss to Obama during the elections.

Read it For:
Her journey through her campaign for president while running against Obama.

Don't Read it For:
The predictable and standardized story of her meetings with people.

What makes this book stand out?:
Strength and honesty of Hillary even after losing the elections.

Vixi: Memoirs of a Non-Belonger 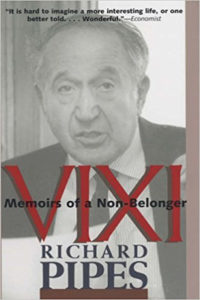 A combination of a life story along with important political events while serving as Ronald Reagan’s political advisor, this book will keep you hooked on both aspects. The author’s life story is particularly interesting, along with the insider’s view of the Reagan administration.

Read it For:
Richard’s interesting life story, from escaping Germany and moving to America while just sixteen years old to his rise in the political battlefield during the 20th Century.

Don't Read it For:
Both the important aspects of the book are worth reading for.

What makes this book stand out?:
Being detailed and accurate as these words are coming from the person who was actually there when Raegan worked.

Read this book for the story on Madeleine’s life from childhood and her view of politics on the world scale. A combination of a true life story and politics.

Read it For:
The uniquely written perspective of the former Secretary of State.

Don't Read it For:
The political aspect of this book can be annoyingly detailed. Beyond that, it’s a great book.

What makes this book stand out?:
Her story itself is unique. It inspires and is a moving tale altogether.

No Higher Honor: A Memoir of My years in Washington 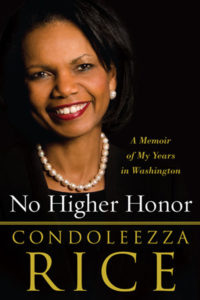 Read this book on the story of Condoleezza during her role as National Security Advisor and Secretary of State during the Bush presidency. She tells us the major happenings and events and also her upbringing in the state of Alabama.

Read it For:
The autobiography and the experiences of the author and former secretary of state.

Don't Read it For:
A particularly good book. This is a must-read for politics enthusiasts.

What makes this book stand out?:
Being detailed, accurate and moving.

Chances of a lifetime 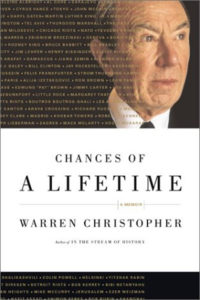 This memoir is by a powerful Washington character who writes his whole life story and his career as a public servant after quitting his work for a private firm.

Read it For:
A blend of American history and interesting set of events

Don't Read it For:
It is a recommended memoir on American political history. This is a must-read for budding historians.

What makes this book stand out?:
Having all the elements of a good book and its stories.

Eyewitness to Power: The essence of Leadership Nixon to Clinton 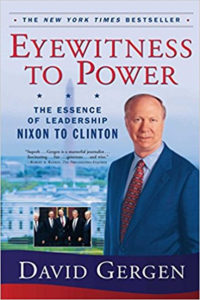 from the eyes of David Gergen, we get to see the administration of different offices understand different presidents while he worked in the White House. As the book title goes, he witnesses the working of offices of the presidents from Nixon to Clinton.

Read it For:
The first-hand perspective from the actual functioning of the White House staff of each president he worked under.

Don't Read it For:
the fact that it can’t answer some of today’s issues about presidents.

What makes this book stand out?:
Giving the reader a realistic yet humorous view on the actual working of the White house and insight into the presidents’ characters.

Taking Heat: The President, the Press, and My years in the white house 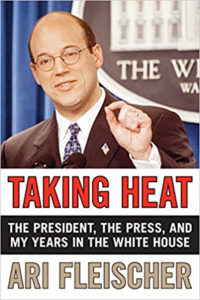 This book is written about the time when America was run by Bush, and the author was one of his advisers to run the country while facing terror attacks and other issues like the election of the year 2000, reasons for his resignation from Washington, etc. He also worked as the president’s secretary of state during the official period of Bush.

Read it For:
The true side to the presidency which is seen by the people who actually work with the leaders themselves, as shown in this book.

Don't Read it For:
His view on George Bush, which is partial compared to his true nature.

What makes this book stand out?:
His revelations of the media and its working with Washington D.C., how he faced the press and how he was taught to answer them and also keep his job at the White House etc.