The War of 1812 was a war between the United States, The United Kingdom, and their allies. Since the outbreak of the war, Britain enforced a naval blockade to block the neutral trade. After the outbreak of the Napoleonic war, Britain impressed the Merchant sailors of America to join their Navy. In 1811, the British were furious by the Little Belt affair in which 11 of the sailors died. The British Indians conducted various raids on the settlers of the frontier which stopped American expansion.

With the majority of American army fighting against Napoleon, the British we witty enough to adopt a defensive strategy which prosecuted the Americans and suffered from Unpopularity. America was defeated in the at the Siege of Detroit and the battle proved to be a threat to seize back upper Canada. It went on for 2 years 8 months and a treaty was formed which was unanimously approved by the American States in the year 1815. 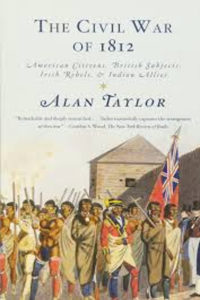 A captivating story of the war of 1812, during the early 19th Century. Britishers and Americans fought and struggle through the American Revolution. Soldiers, Indians, Immigrants all fought in the northern borderline of the continent and determined its fate

Read it For:
A vivid narrative that reveals the origins of Canada and America

What makes this book stand out?:
The author explores all the possibilities and digs in all the information about the Americans and the British. There is sense out of all the chaos and complexity of the war 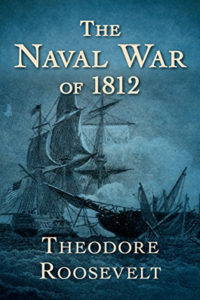 Chesapeake Bay was one of the principal scenes of operations during the Naval War, it was there where the main body was collected and the greatest attempt was achieved. Sir John Warren and Rear Admiral Cockburn were leading the war who witnessed numerous brutality on the citizen at that time

Read it For:
A classic history of the Naval War

Don't Read it For:
Barbarous narrations

What makes this book stand out?:
The importance of the subject matter and their contribution to the history of Naval field marked this book under the top 10 books on the war of 1812 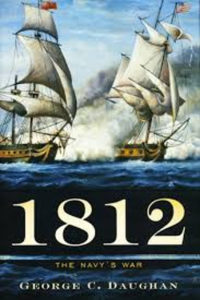 After the sudden happening of the war, the future of America was in dismay. It was clear from the very beginning that the war field will be the ocean but there were only 20 fleets available with them and they severely faced the British Navy who came with more than a thousand men.

Read it For:
The thrilling story of some heroic captains whose strategy lead the country to victory

Don't Read it For:
Unnecessarily lengthy

What makes this book stand out?:
A compelling award-winning story which offers a rousing detailed description of the war. It is strongly recommended for the lovers of this type of genre 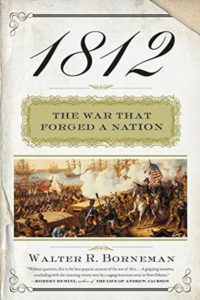 Although the American Revolution and the Civil War is generally overlooked, there were many leaders who have risen during the War of 1812 and unified the States together which speaks volume of these detailed heroic activities and unity

Read it For:
Clearly written with explanation of how the Continent have come together

Don't Read it For:
The narrative is full of controversies which rob the credibility

What makes this book stand out?:
The story of the continent’s final transition from the colonial to the powerful state is the steal in this book. The history is so breathtaking that it will stick you till the end

The War of 1812: A Forgotten Conflict 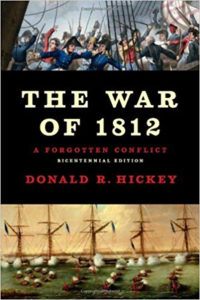 It is an authoritative and conflicting history of the War of 1812. It is a study which is myth-shattering and provides additional information about the American Indians and the British Forces. The military operations with the important use of weapons are provided with explanation

Read it For:
A well-researched and broadly documented piece of history

Don't Read it For:
It is more about the politics and less of the battle

What makes this book stand out?:
How America which was a forgotten state rose to power with the victory of the war and how this war proved to be a significant milestone is what this book talks about and this is what makes it one of the popular books on the war of 1812 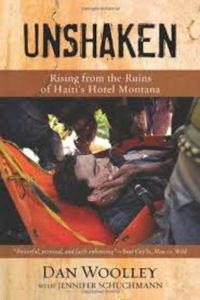 This book challenges constant fallacy that America fought two different wars of independence. The author documents a ceaseless fifty years of economic struggle from the British which resulted in a global struggle

Read it For:
A well-researched, intelligent and exciting tale

Don't Read it For:
Too much of fabrication

What makes this book stand out?:
It is an engaging and adept story that will give the reader goosebumps until the end

The Invasion of Canada 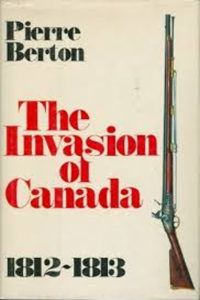 Thomas Jefferson confidently predicted that invading Canada will be a mere matter but after the 1812 war, the only Americans that were left on the soil were the Prisoners at war. A nation of 8 million was defeated by the three lakhs Canadian.

Read it For:
Engrossing narrative

Don't Read it For:
This book provides the fictional perspective at the start of the content

What makes this book stand out?:
The brilliantly scripted history that the author brings to life using diaries and official correspondence which gives the reader a feeling as if they were standing on the war field

Don’t Give up the Ship 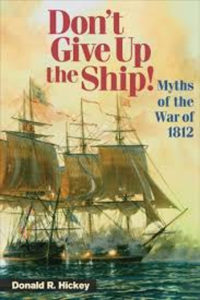 The American aimed to frighten the British and failed to bring a quick strike at Canada. The British didn’t agree with the American demand and the Canadian won the war against the British. The US Government had to witness Washington DC being invaded and burned by the Britishers

Read it For:
Meticulously researched and entertaining plot

Don't Read it For:
Lacks perceptions

What makes this book stand out?:
Richly textured and highly opinionated writing make it a piece of utterly significant historical narrations 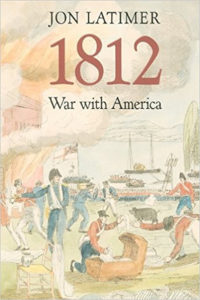 The first thorough history of the 1812 war, written from the Britisher’s perspective, the author John Latime offers an accurate and fascination facts of the places where there are strategic conflicts within the Napoleonic Wars.

Read it For:
The narrative is very intimate which marches the reader to the battlefield

Don't Read it For:
Boring at the end

What makes this book stand out?:
A well-explored and analyzed narrative that is so lively that the reader feels the reality of the battleground. Therefore, this book is considered among the best-selling books on the war of 1812 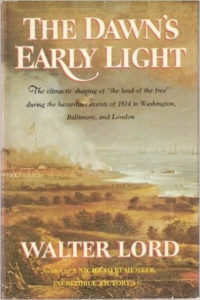 Read it For:
Lively Narrative

Don't Read it For:
Slow and tedious read

What makes this book stand out?:
The author gives the reader a dramatic read on how a new impression of national identity emerged from confusions and early light