William Faulkner was a Nobel Prize-winning American novelist and short story writer. One of the most influential writers of the twentieth century, his reputation is based mostly on his novels, novellas, and short stories. He’s the famous Southern writer, pulling together races, sexes, and classes together in Mississippi. His stories and novels manage to stay with their rural background while connecting with the grand scheme of humanity. 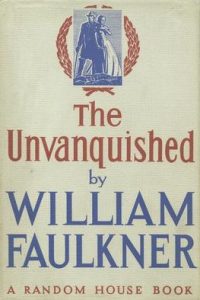 This novel is a historical-philosophical look at the Civil War and how the south will move forward. It’s a dozen or so mini-tales of Civil War stories all rounded up in one and has that fun, serial tone and pace to it that is highly engaging.

Read it For:
Although the book has many moral themes throughout, the story also has many humorous and touching episodes that temper the tragic moments. It's also one of those books that corner you and forces you into liking and loathing most of its characters all at once.

Don't Read it For:
This can be taken as either a collection of short stories or a novel told in related episodes.

What makes this book stand out?:
The Unvanquished is almost a novel of manners set against civilian life during the Civil War; it is best considered as a bildungsroman since it details the life of Bayard from boy to young adult. Originally a collection of mildly interlocking short stories about the teenage son of a rogue Confederate officer, Faulkner threw these together into one of his best, most accessible stories. 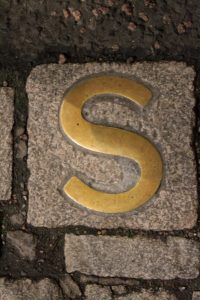 This story is considerably more more understandable than a lot of Faulkner’s denser novels, and thus easier to grasp for readers less familiar with the author’s particular style of writing.

Read it For:
This story is considerably more more understandable than a lot of Faulkner’s denser novels, and thus easier to grasp for readers less familiar with the author’s particular style of writing.

Don't Read it For:
The genre is horror It depicts the nature of evil, ignorance, injustice, sexism, and the list goes on.

What makes this book stand out?:
This was Faulkner’s breakthrough novel, the one that made him famous when it was published in 1931. 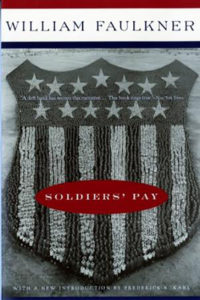 A large group of soldiers travels by train across the United States in the aftermath of the First World War. One of the soldiers is horribly scarred in middle of the journey, blind and almost entirely mute. Moved by his condition, some civilian decided to send him home to Georgia, to a family who believed him dead, and a fiancée who grew tired of waiting.

Read it For:
Every paragraph is a jewel, and some extraordinarily beautiful writing in some parts.

Don't Read it For:
The dialogue is often particularly uncomfortable. The plot of the story is a little bland, but the characters who drive the narrative are anything but your typical soap stars.

What makes this book stand out?:
Faulkner's first published novel showcases what is clearly a preternatural style of prose — essentially poetry.

A Rose for Emily 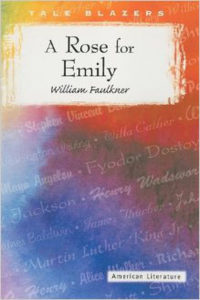 A Rose for Emily was an enjoyable Southern Gothic short story. In a series of flashbacks, the narrator tells the reader about Emily's life. Emily was alone in the world because her father had driven away all her suitors.

Read it For:
This is a chilling Southern gothic story with an unexpected twist at the end that reveals a lot about the main character. Faulkner used so much mysterious in this short story--a dusty old mansion, death, the smell of decay, and an eccentric woman with a mental illness.

Don't Read it For:
It's not easy to understand all aspect of a William Faulkner's short story if we just plainly read it.

What makes this book stand out?:
This is a short story that is dense with meaning and masterful use of the elements. It is alluring, intriguing, captivating, mysterious, disturbing, eldritch, haunting, shocking, and so much more

The Sound and the Fury 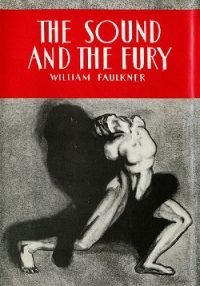 The Sound and the Fury is the tragedy of the family, and some of the most memorable characters in literature. It recounts the story of a family's decline told from three of its family members.

Read it For:
Each of the four stories in the novel is, in itself, an amazing and original experiment in technique, and the subtle way in which they inform and illuminate each other is simply masterful.

Don't Read it For:
The Sound and the Fury is a difficult read. It's written in four different parts that overlap, interweave, and jump around in time. The story is told by different narrators who are not entirely reliable.

What makes this book stand out?:
The Sound and The Fury is the amazing novel, and it is the type of novel that reveals completely new tragedy and things with each read. 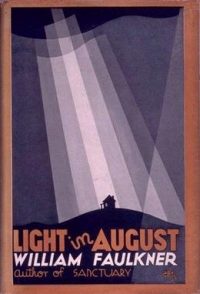 Light in August is a story of human perseverance, weaved through the lives of several characters and timelines. They deal with tragedy, hope, love, hatred. It is a complex tale of the fortitude of man in the face of a myriad of hurdles that life throws our way.

Read it For:
The most obvious reason why one would choose to read this book is the magnificent way in which it evokes the atmosphere of the South in the 1920s. Many of the sentences have a deeper meaning.

Don't Read it For:
The book is dark in tone. Faulkner’s writing is full of metaphors.

What makes this book stand out?:
A wonderful piece of literature, and if you are an aspiring writer you would be doing yourself a huge favor to digest this classic.

As I Lay Dying 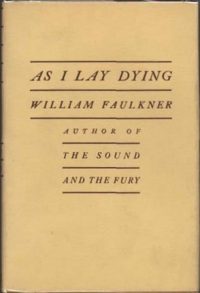 Read it For:
A unique writing style combined with a sad and haunting story. The characterization is, for the most part, fantastic. The story is told from various points of view, usually in two- or three-page chapters.

Don't Read it For:
These are simple country folk. And much of their monologues are rendered with the usual Huckleberry Finn-like misspellings and dialect and the random absence of an apostrophe.

What makes this book stand out?:
As I Lay Dying is written in a series, in which the all characters’ thoughts are presented in all their uncensored chaos, without the organizing presence of an objective narrator. 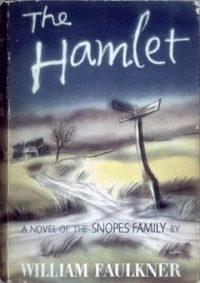 The Hamlet is the first volume of Faulkner's Snopes trilogy. The story itself has several funny moments, which seemed to grow as the novel moved on. It creates the phase of the life Flem and his growing clan who begin by infesting Frenchmen's Bend and by the second book move into Jefferson proper.

Read it For:
This book is easier to read than some of Faulkner's other books which have a structure. Many dialogs in this story are filled with a colorful metaphor which gives the story a humorous tone.

Don't Read it For:
There is underlying tragedy and depression because the characters described in this book are poor quality

What makes this book stand out?:
This story gives the idea that the author had a many of stories to tell, so he sorted them out in a sequential order along a generalized timeline, located the action in his favorite fictional setting. William Faulkner is a world class story teller, and his writing skills shine in this book. 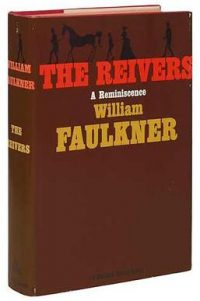 This book was the last book of William Faulkner's life, is a picaresque tale of a young boy's coming of age. There is a certain resemblance to aspects of Huckleberry Finn in the adventures and friendships of young Lucius Priest. Lucius, an eleven-year-old boy, is sensitive and intelligent, but innocent of the rougher side of life and ready for adventure.

Read it For:
The story is actually quite interesting and amusing. This is a book that can be read over and over again. This is a charming novel, entertaining and humorous though somewhat predictable. Faulkner's style is always interesting, and this novel does have a well-developed voice.

Don't Read it For:
Storyline is average. The language is heavily affected, and every sentence in the first 100 pages is a run-on

What makes this book stand out?:
For those who find reading Faulkner beyond their grasp, I recommend The Reivers. Published a month barely before Faulkner's death in 1962, it is one of his most accessible novels and certainly the most comical. 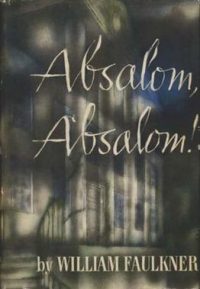 The story of Thomas Sutpen, a poor white man born into poverty in West Virginia who arrives in north Mississippi in 1830 with a few slaves and a French architect, buy 100 square miles of land from a Native American tribe which he calls the "Sutpen Hundred" and builds a gaudy mansion. He plans to become rich and create a family dynasty.

Read it For:
The reader gets the skeleton of the saga of the family called Sutpen full of mysterious tragedies. The reader's quest through the rest of the book is to achieve some kind of understanding of what and why these events have happened.

Don't Read it For:
The complex, fractured narrative makes for a tough read.

What makes this book stand out?:
Absalom, Absalom! Is a great baptism by fire if you want to get into Faulkner. Faulkner's prose here is on a totally different level from anything else. Absalom! Has to be the most difficult, but if you start here and can get through it, even the most difficult passages of The Sound and the Fury will be a breeze.