Anyone who has ever read the Divergent series, surely knows who Veronica Roth is. She is a popular American novelist who made her remarkable debut in the literary world by publishing the New York Times bestselling Divergent trilogy. The trilogy consists of Divergent, Insurgent, Allegiant and Four: A Divergent collection which is all Veronica Roth, best sellers. Her books come under the young adult dystopian genre, which explores the concepts of dystopia, author’s ethos, i.e., their beliefs and attitudes. Here are the top 10 books by Veronica Roth. 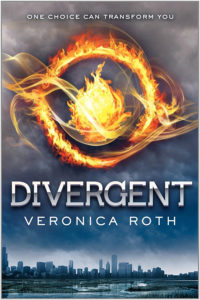 The dystopian world of Chicago is divided into five factions namely, Candor, Abnegation, Dauntless, Amity and Erudite. When a person reaches adulthood, they have to choose a faction and live there for life. Beatrice Prior (Tris), the protagonist in the story, stays with her brother Caleb in the Abnegation faction, which represents selflessness. To become a part of the faction, one needs to take the aptitude test, and Tris who takes the aptitude test seems to be a divergent, i.e., showing characteristics of all the five factions. How she manages to hide this and what awaits her in the future forms the rest of the story.

Read it For:
The story is compelling and moving with out of the world explanations and scenarios

Don't Read it For:
Highly complex and not suitable for slow learners.

What makes this book stand out?:
The concept of choosing a faction and giving an aptitude test to be a part of it is so unique and bewildering and hence proves why it is one of the best Veronica Roth books in order. 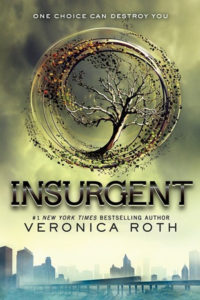 This is the second book of the dystopian series filled with double the drama, adventure, and powerful insights. It starts off right where the story of Divergent ends and gives us closure on what Tris would do after knowing that she is divergent.

Read it For:
A huge fan of the first part? Then, you should indeed read this one to know what exactly happens with Tris.

Don't Read it For:
It wouldn’t make sense if you haven’t read the first part.

What makes this book stand out?:
Extraordinary and compelling characters who are okay in accepting their flaws make this story extraordinarily motivating and at the same time thought-provoking. 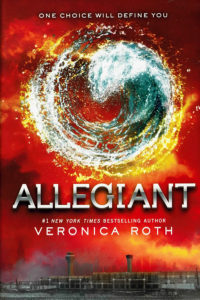 Every untold story that has been left open-ended in the previous novels, Divergent and Insurgent, now gets a closure in this book.  It is a definite part of the Veronica Roth popular novels list because of its captivating storytelling and intense characterization.

Read it For:
The ending of this fantastic story woven around the dystopian world of Chicago, is indeed spell-binding and acts as a perfect closure for the lives of Tris and other divergent.

Don't Read it For:
It is a lengthy book and requires a lot of patience.

What makes this book stand out?:
This loved series has gotten an inevitable conclusion that was utterly unexpected which makes the overall series even more exciting and worth a read. 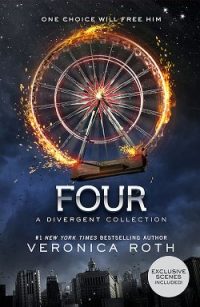 The story is told from the point of view of Tobias and includes four different pieces namely THE TRANSFER, THE INITIATE, THE SON, and THE TRAITOR.

Read it For:
The story is written with an entirely new perspective, which is refreshing and exciting to read.

Don't Read it For:
The story is a bit repetitive to that of Divergent and Insurgent. 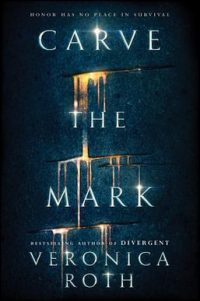 Aspects of friendship and love has been beautifully portrayed through the character of Cyra, who is the sister of a tyrant, who rules the Shotet people.

Read it For:
Highly imaginative piece of art which will make you wonder.

Don't Read it For:
The storyline is a bit dull. 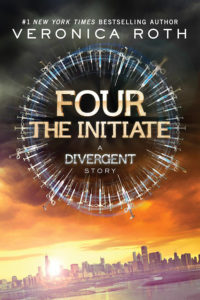 A poetic perspective of Tobias’s initiation experience has been provided in this book which is all set in the backdrop of Divergent.

Read it For:
To know more about the character of Tobias and how he began his passion for training new initiates, to getting his tattoo, read this adventurous and mystical book by Veronica Roth titled Four: The Initiate.

Don't Read it For:
Comparatively less drama than the other books of the same divergent series.

The Traitor: A Divergent Story 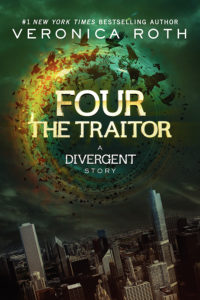 This book is the fourth of the four series and runs parallel with the events that occurred in the Divergent. The events take place right after "The Son" and uncover the shocking details of the Erudite plan.

Read it For:
There’s are a lot of mysteries uncovered in this book which will leave you completely baffled and perplexed.

Don't Read it For:
Abrupt and unclear in some parts.

What makes this book stand out?:
Uniqueness is that one aspect which sets this book apart from other Veronica Roth books.

The Son: A Divergent Story 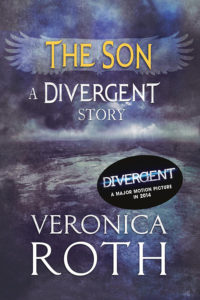 This story is again told from the perspective of Tobias and is set against the Divergent backdrop. Tobias finds it hard to find a place in the Dauntless hierarchy, which makes him feel helpless and powerless. He believes that there’s something wrong going on in the Dauntless kingdom and decides to find out the truth, which leads him on a path of self-discovery and truth about his past life which could immensely affect his future.

Read it For:
Everything has a purpose, and that has been shown through the various scenes in this book.

Don't Read it For:
Certain aspects of storytelling has been repetitive.

What makes this book stand out?:
The concept of believing in oneself has been dealt beautifully in this book.

The World of Divergent: The Path to Allegiant 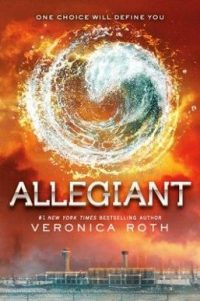 It is a fifty-page bonus which consists of discussion questions, book playlists, series inspirations and much more.

Read it For:
As a die-hard fan of the Divergent Series, you would want to read this book which provides great insights on what inspired and motivated Veronica Roth, to write this book.

Don't Read it For:
It is available only in the Divergent Series Box Set, and one has to purchase the entire set to read this particular copy.

What makes this book stand out?:
This book provides all details pertaining to the writing process of Veronica Roth, which will indeed inspire and motivate you. From in-depth interviews on how she frames her characters to what goes in her mind while writing the draft, you can find it all in this book. 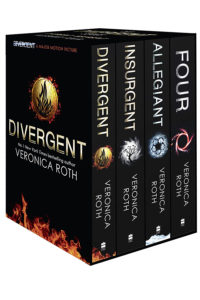 This beautiful collection of a range of Divergent books from DIVERGENT, INSURGENT, ALLEGIANT to FOUR, is an absolute treat to all divergent fans who would love to have it all at the same time. It consists of two main stories, one of the stories of Trias, who is forced to make a terrible choice and the other of Tobias’s life and how he finds about his past which would change and determine his future.

Read it For:
It is an exhaustive series, and by having the entire set of books with you, you can quickly go back and forth the pages and enjoy your time reading one of the best series of recent times.

Don't Read it For:
Extremely long and would need to invest a lot of time to go through all the books in the series.

What makes this book stand out?:
The story has been set in a unique world which is nothing similar to our world and way of living. It is highly imaginative and would make anyone fall in love with its creativity and inventiveness. Anything that’s new and unique is loved by us, and this series by Veronica Roth perfectly fits that bill. From unique classifications of the society to the concept of Divergent, everything in this book is exceptional and utterly mind-boggling.