Edinburgh is the name of the town established by King David I, in the 12th century.The term “Edinburgh” is rumored to be originated from an old English term “Ëdwin’s fort” referring to the 7th century King Edwin of Northumbria. The term has inspired some of Britain’s greatest writers, from Sir Walter Scott to Dame Muriel Spark. It offers them a lively contemporary writing and publishing scene.  In 2004  Edinburgh was chosen by UNESCO to be the world’s first City of Literature. One of the reasons on why Edinburgh is widely used as an accepted theme for many novels is its Design.  In the 18th century, this city was in danger due to various factors like overcrowding, sanitation problems etc. which gave rise to the ‘new town’. This geographical dividing of the city gave rise to literary metaphors for the human condition and major inspiration to many writers. 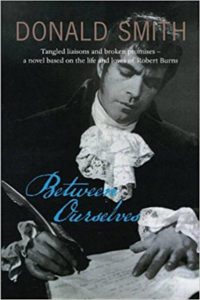 it’s a historical fiction book set in Edinburgh.  The six months that Robert Burns( main protagonist) spent in Edinburgh, was an intense period in the life of a poet who became a Scottish hero. He is an icon, but a flawed one. He’s a character who’s fond of drinking, women and over-familiar with Edinburgh's underworld. During his time in Edinburgh, he falls in love, perhaps the only real love in a lifetime of casual romances, with beautiful Nancy.

Read it For:
Donald Smith has woven the love affair of Nancy and Burns into a tantalizing tale of passion and betrayal, binding historical fact and fiction together to create an intimate portrait of Burns.

Don't Read it For:
it gets a little romantic in between. So, the tone of the novel gets a little monotonous and clichéd for some.

What makes this book stand out?:
beautifully portraying the love angle between Nancy and Burns. Smith writes about them as if he’s living in the story.

How to make a Golem and Terrify people 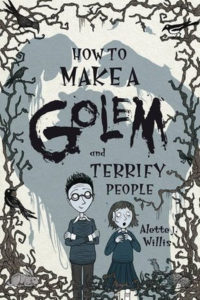 the story has a central character, Edda who is an easy kid with whom others can identify. She experiences pure terror after her house is broken. It's after this episode she meets a boy named Michael who is a bizarre character and is obsessed with alchemy and old-world magic. He persuades Edda to face her fears by creating a Golem, an extremely large 'earth man' who will protect her and her house from outside influence. She soon regrets her actions, and the story moves ahead.

Read it For:
it’s a perfect middle-grade storybook. It’s different from the dark, and historical type novels and is sure a pleasure to read.

Don't Read it For:
can be a little childish and senseless at some points as you go ahead to read

What makes this book stand out?:
a fun, yet mysterious book to read. The use of monochromatic picture adds to the mystery of the story.

The Prime of Miss Jean Brodie 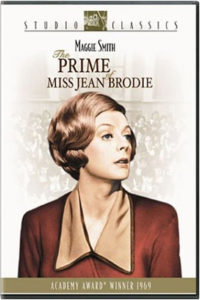 the story revolves around a teacher names Miss Jean Brodie. She is a teacher at the staid Marcia Blaine School for Girls, in Edinburgh, Scotland. She is passionate in the application of her unorthodox teaching methods, her husbands, and most importantly in her dedication to bringing out the best from her students. She is determined to instil in them independence, passion, and ambition. There’s a group of girls whom Miss Brodie advises "Safety does not come first. Goodness, Truth, and Beauty come first. Follow me." but soon one of them betrays her.

Read it For:
read it for the innocence of the subject. The theme is sensitive yet true.it talks about the duty of a teacher towards his/her students. There’s a lot to learn from the beautiful story.

Don't Read it For:
it shows nothing but a teacher and students relationship with her, so after a point of time it gets a little dull as there’s nothing else in the story.

What makes this book stand out?:
use of irony, humour and the way the writer as defined all the characters is brilliant and makes this novel stand out. Spark perfectly catches the romantic, changing perceptions of her supposedly sheltered girls as they grow up.

The Private Memoirs and Confessions of a Justified Sinner 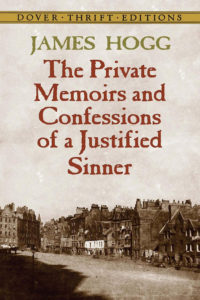 The novel recounts the corruption of a boy by a mysterious stranger under whose influence he commits a series of murders. The stranger assures the boy that no sin can affect the salvation of an elect person. While recognizing the stranger as Satan, is prevented by the subtlety of the novel's structure from finally deciding whether, for all his vividness and wit, he is more than a figment of the boy's imagination.

Read it For:
it’s an intense story

Don't Read it For:
being a psychological horror novel, it might play with your mind as well. It’s dark and aggressive.

What makes this book stand out?:
it’s a psychological horror novel whose plot is a satire on the Calvinist doctrine of predestination, i.e. the belief that God has, since the start of time, preordained the saved - those who will go to Heaven - and those heading for the other place. 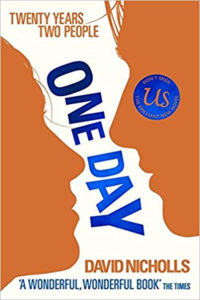 This story is about a man and a woman named  Dexter and Emma respectively who one day come together as lovers, then break up, but stay connected. Their relationship is followed through the next 20 years by presenting just one day - July 15th - out of their lives.

Read it For:
read if you love reading romance. It’s a beautiful love story with a dramatic ending.

Don't Read it For:
there’s too much romance shown so for people who don't like reading romantic normal it’s definitely not for them. But then you may give it a try,

What makes this book stand out?:
it’s a wonderfully written relationship melodrama which captures your heart, and you left getting mesmerised by the characters and story as it enfolds. 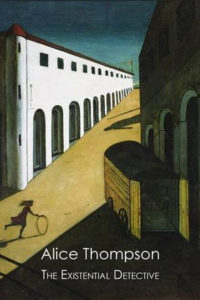 there’s a character named William Blake who is a private detective in Portobello. Blake agrees to investigate the disappearance of Louise. He finds himself entangled in layers of deceptions and disappearances that lead him inexorably back to unsolved mysteries in his own past.

Read it For:
it’s a story which is full of suspense and thrill.

Don't Read it For:
it involves characters which were unrealistic, and the plot is trite.

What makes this book stand out?:
There is a lot of craziness in this story, with a lot of perverseness of the society, self-satisfaction of people towards evil, and purely bizarre human rationale for deception they weave are wonderfully captured by the author in this book. 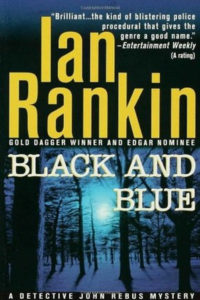 the infamous Bible John terrorized Scotland when he murdered three women, taking three souvenirs. Thirty years later, a guy named Johnny Bible comes into the scene. DI John Rebus unconventional methods have got him in trouble before but when his case clashes head-on with the Johnny Bible killings, he finds himself in the glare of a fearful media.

Read it For:
read if you love reading murder mysteries.

Don't Read it For:
the story gets monotonous after a point of time.

What makes this book stand out?:
it’s a powerfully complex crime novel that offers a panoramic portrait of modern Scotland which is rich in character and incident. 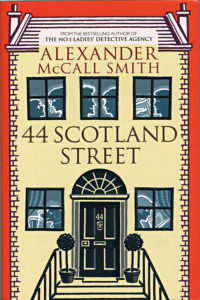 it’s a story of a guy named Pat, a twenty-year-old who has recently moved into a flat with Bruce, an athletic young man with a keen awareness of his own appearance. Love triangles, a lost painting, intriguing new friends, and an encounter with a famous Scottish crime writer are just a few of the ingredients that add to this delightful and witty portrait of Edinburgh society

Read it For:
the story is a mirror to the Edinburgh society containing many instances of humour and mystery.

Don't Read it For:
it’s more realistic so some of you might get bored while reading it.

What makes this book stand out?:
the language, tone, story makes it apart from other novels.

The Vanishing Act of Esme Lennox 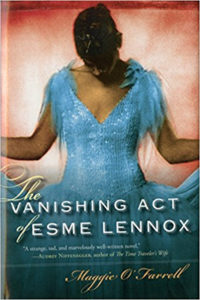 it’s a story about a woman who has been unjustly incarcerated in a mental hospital at a very young age and has remained there for over sixty years. The hospital is now closing down, and the inhabitants have to be rehoused. The story is set between the 1930s and the present day.

Read it For:
it has intriguing plot and storyline.

Don't Read it For:
there are a lot of instances in the story that might rush into your head as the plot is a bit dark and mysterious.

What makes this book stand out?:
beautiful description, character development is perfect. 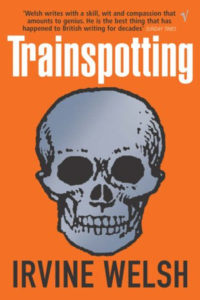 the story is on  the joke that no trains have left the old Leith Central Station for decades, but the fact that working-class Edinburgh is invisible to New Town professionals is a cliché as old as the city itself.

Read it For:
it has humour and fun element in the story

Don't Read it For:
the use of language in Trainspotting is exhilarating

What makes this book stand out?:
there’s a use of poetic element in the story and use of style, imagination, wit, and force