George Eliot was a pen name used by the Victorian author Mary Anne Evans. Mary Anne, or known popularly as Marian by her loved ones, has said that she chose a male pen name for her works because she wanted her works to be taken seriously.

At that time Mary Ann was working as a critic and an editor as well, she wanted her works of fiction to be taken seriously. Her father had invested greatly into her education as she had been a vicarious reader since early years as well as intelligent. Over the year, Mary Anne worked as a critic and an editor. She transplanted many works and traveled the world for research. Her works of fiction, Middlemarch falling among the category of George Eliot popular novels being the best received, were set in traditional English Countryside. 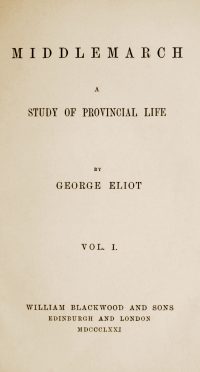 The book is well described by the phrase, “Drama of ordinary lives.” This book is set in a fictional region of Midlands, a fictional nineteenth-century town at the brink of modern changes. The Reform Bill promises to make tremendous and massive changes, but corruption and scandal are right around the corner. This book continues revolving around the unfurling of events and self-knowledge bit by bit.

Read it For:
This book has been rightly called one of the few most excellent novels for adults by Virginia Woolf. The book delves into the matters of self-perception and self-knowledge on the part of characters.

Don't Read it For:
The eloquently well-described nineteenth-century era makes the book a little hard to grasp in the beginning.

What makes this book stand out?:
No writer could have captured the truth behind each character as well as George Eliot.

The Mill on the Floss 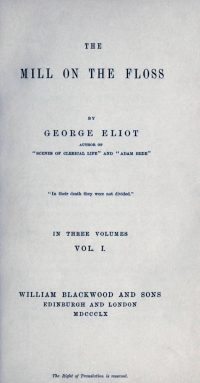 The best-written piece among all the George Eliot books, The Mill on the Floss, depicts the female psychology better than any other book. Set in a rural area, the book focuses on the relationship between a brother and sister. Maggie’s father owned the mill, and her life was full of turmoil. As she grew, her behavior conflicted with her parent’s beliefs. However, her bond with Tom grew stronger. Tom, trying to protect his family and relationship with Maggie, forbids Maggie to see a friend again. Their bond, to Maggie, appears to be broken. Later, when Maggie falls in love with the fiancé of her cousin, she fears her bond with her brother may become irreparable.

Read it For:
The book is said to have inspired from Eliot’s personal experiences as a child. Therefore, this book explains every minute detail in depth and brilliance.

Don't Read it For:
Like most of her books, The Mill on the Floss is also set in a nineteenth century time. The setting might make the book boring for some readers.

What makes this book stand out?:
The impressive depiction of the female’s psychology and the focus on more profound bonds as well as the question of what is important, make the book stand out. 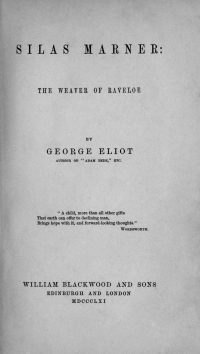 Silas Marner is one of the biggest George Eliot best sellers. This story revolves around the character of a weaver, Silas Marner, who lives away from the society in isolation with his weavings and his money. One day, when, his stash of money gets stolen, and a little-orphaned girl finds her way, only then does Silas Marner understand the power of love. Overwhelmed by the feelings of fatherhood, Marner somehow finds his way to his redemption.

Read it For:
This book blends humor, symbolism and the feelings of a heart exceptionally well. It is a must-read for anyone who loves something different and meaningful.

Don't Read it For:
Silas Marner is one of those books which is different and requires a presence of mind to understand what is happening. It will not go well with those who want a lighter read.

What makes this book stand out?:
The book, as most of George Eliot books, hits the right spot with the feelings of the character as well as the depiction of the rural life’s affection. 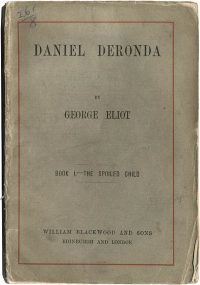 A brilliant masterpiece, which is different than her most books, Daniel Deronda focuses on the Jewish nationalists and their case. Gwendolen Harleth, a woman with almost everything, was someone who was desired by every man, but she cannot find a man who can match her. Harleth marries Grandcourt. But the marriage does not last long, and the failed marriage crushes poor Harleth. She tries to find comfort in Daniel Deronda, who finds out about her Jewish ancestry. Daniel begins trying to court her to his side of spirituality. In the end, he was too engrossed in his commitment to getting her to his side to save her.

Read it For:
It is different from the other books written by Eliot. This book, the last one written by Eliot, makes the reader face the world and its strange notions about spirituality and religion.

Don't Read it For:
This book falls towards the morbid side. If you wish to read something lively filled with happiness, this isn’t the one for you.

What makes this book stand out?:
The brilliant depiction of those times and the effect of the time on people could only be accomplished by Eliot. 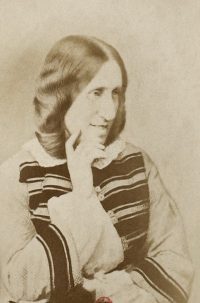 Set in the time of early Napoleonic wars, this is a story about how a dairymaid spurns the poor, hardworking Adam Bede. The dairymaid’s actions shake the entire rural setting.

Read it For:
The rural setting of the book is affectionate and abundant in love.

Don't Read it For:
This story does not end well, the tragic end may not be what you’re looking for.

What makes this book stand out?:
The story talks about more profound things. Seduction and betrayal may take the central role, but the role of the effect of human actions on life is also clearly visible. 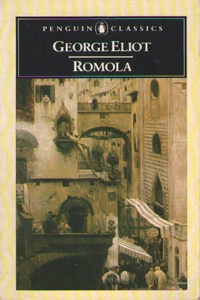 Set in the Renaissance period, in Florence, the story revolves around Ramola. Ramola is the daughter of a blind scholar, who is married to Tito. Tito turns out to be a treacherous man who eventually threatens to destroy everything Ramola had cared for. The book is about Ramola’s struggle to protect everything.

Read it For:
Who doesn’t love a story of a heroine fighting for everything she holds dear?

Don't Read it For:
Those who are only starting with Eliot’s works, should not go for this book. The book talks about deep things and starter will not be able to enjoy this.

What makes this book stand out?:
Eliot captured the end of the fifteen century’s era in her book as well as the troubles Ramola had to face beautifully. 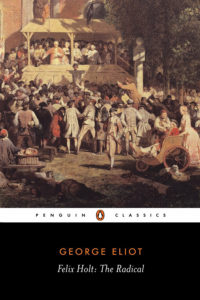 The book follows the young nobleman with a self-made fortune, Harold Transome. When the young nobleman returns, he aims to stand for the elections as a “radical.” But soon, Felix Holt returns too. Holt’s and Transome’s thoughts and the idea did not match and clashed. The book continues as the villagers suspect Felix, but soon learn he is a good man.

Read it For:
A surprisingly humorous read.

Don't Read it For:
The book has detailed political description, which can bore some of the readers.

What makes this book stand out?:
This book focuses on the changing society and people face, which is precisely depicted by Holt’s character. The book is one of those books which are quite relevant even in today’s time. 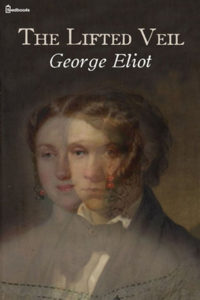 The Lifted Veil is a novella. The book explores the perception of real, physical life, and the life after death. Latimer, the narrator, can see future and is incapacitated by those futuristic visions. Latimer reflects a lack of human sympathy and communication.

Read it For:
The book is a sci-fi book written by the brilliant writer, George Eliot.

Don't Read it For:
For those who do not like lucid talks and sci-fi, this book may not please you.

What makes this book stand out?:
The Lifted Veil departs from Eliot’s usual way of writing and therefore makes for an impressively fantastic read. 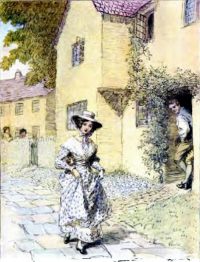 There are three segments of this story, which make for the Scenes of Clerical Life. This is not exactly a novel, but a collection of three different stories, all stemming from one place.

Read it For:
The story incorporates the feelings of compassion and kindness.

Don't Read it For:
If you’re not a fan of church figures and rural areas dominating the story, this book isn’t for you.

What makes this book stand out?:
The delicate yet the impressive blend of three different stories and the portrayal of love, kindness, and compassion among various other sentiments, make Eliot’s first work of fiction a remarkable read.