Victoria Schwab was born in the year 1987 in the United States on 7th July and has an image of an excellent author throughout the world. She is one of the best authors of fantasy and romance. She became famous when she got great reviews about her work in publishers weekly.      Victoria is popular for her novel vicious from the shades of Magic series, which was published in the year 2013. Apart from this, she is also popular for her young adult fiction and children’s novels, which was introduced to the world under the name of Victoria Schwab. The Vicious book was considered as a brilliant exploration after mythos and a thriller of Revenge, by the guardian. Later in the year 2014, the American library associations, reference and user services Association awarded it on the reading list and considered it as one of the top fantasy books. Another book of hers, which was the darkest shade of magic was given a starred review by the publishers weekly. It was the popular Tor books which had published her novels – the shades of Magic series and the vicious book way back in the year 2014  when she signed 8 to book deal with them. We bring you some of the top 10 books by Victoria Schwab.

A Darker shade of magic 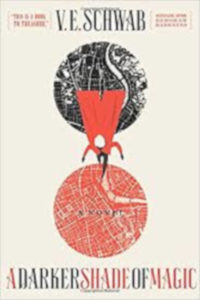 Detailed story of a great magician who is the last of the Antari and who possesses the capacity of traveling between parallel London which is a rare and coveted position.

Read it For:
It sheds light on the old London and the past days when smugglers were rampant and traveling was quite a herculean task.

Don't Read it For:
it contains deadly enemies, smaller glimpses of the world where the bloody regime existed and there was treachery at every turn.

What makes this book stand out?:
It is filled with adventure and vibrant magic that brings life to even the dullest places of London. 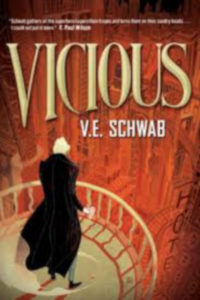 It revolves around the lives of two college roommates who possess the sharpness and ambition that can be seen in the other as well.

Read it For:
This book is intriguing where the main characters develop extraordinary abilities that enable them to even accomplish their thesis in the academic studies.

What makes this book stand out?:
This book stands out from the rest as the author brilliantly syncs betrayal, loss and avenges the wrongdoer in life and death situation. 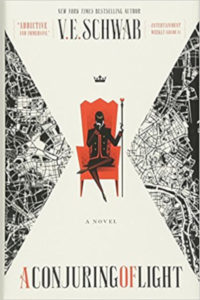 this is a book of the balancing of powers and the precarious equilibrium of the four Londons. It is one of Victoria Schwab bestsellers.

Read it For:
it is an intriguing book and one of pure fiction that brings out the power of Magic like never before.

Don't Read it For:
if you can't stand the darkness and the balance of power that magically holds, then this book is not recommended for you.

What makes this book stand out?:
It tells about the determination of the last surviving Antari and how he sets out to save London from its breaking point and to maintain a normal equilibrium and balance of power.

A gathering of Shadows 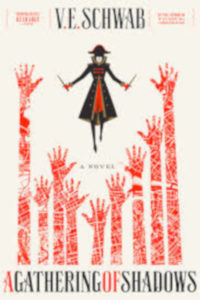 It is one of the most loved Victoria Schwab books which narrates the series of events that happened since a mysterious obsidian stone Falls into the position of kell.

Read it For:
it is filled with magical events Asda dreams of Prince Rhy and how he seeks to stop smuggling habit by thinking of Lila.

Don't Read it For:
It is packed with near-death experiences, page entry thrills, International competition and rampant magic.

What makes this book stand out?:
The author clearly highlights that to balance magic, one has to go through a perilous journey where there is no turning back. 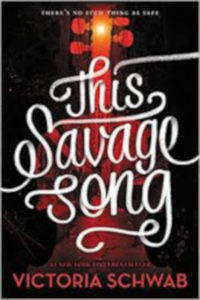 The author narrates the treacheries and tragedies of War in a city which is controlled by Monsters villains and heroes.

Read it For:
it is beautifully demonstrated and narrated in a sequential order that gets The Reader craving for more adventure and fantasy.

Don't Read it For:
It also contains the miserable life of young girl Kate and her miserable life with her rootless father, who permit the Monsters to roam about freely and makes other people pay for his protection.

What makes this book stand out?:
The author brings out the evil aspects of power and how it can affect the lives of the people around. 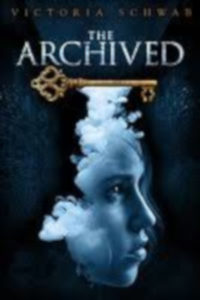 This is one of Victoria Schwab best book which rules around Da who is back in the City and Mac who has grown up to be a ruthless keeper who prevents the violent histories from raising itself all over again.

Read it For:
It teaches the readers to have bravery and courage in spite of the treachery of life and it's a constant reminder of everything that one loses in life.

Don't Read it For:
Some readers find it quite disturbing and hard to cope with the realities of life.

What makes this book stand out?:
The author teaches the reader that when you have to face some serious problems, don’t panic just face it with full courage. 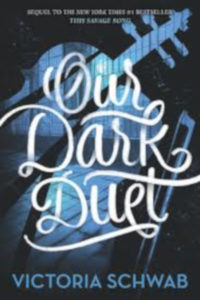 The author brings out the bravery of kate who is not afraid to hunt Monsters and she is actually good at it.

Read it For:
It is action-packed and one of the most loved books by those readers who love to read about Monsters and Demons. This book introduces them all with a refreshing perspective.

Don't Read it For:
It contains a disturbing aspect wear a new Monster is introduced and it is a monster that feeds on chaos and brings out the inner Demons of the victims.

What makes this book stand out?:
Not many of us know that there are two kinds of Monsters one that is on the street and one that is in your head, both needs to be hunted down. 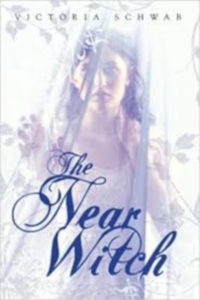 This is one of Victoria Schwab popular novels, which narrates the sequence of events in the town of the near and the mysterious disappearance of the children from their beds at night.

Read it For:
It is a book of mystery and thriller where the Hunt for the children intensifies and the discovery of the witch by young Lexi.

Don't Read it For:
It is rampant with witches, the dark and treacherous past, the Mysterious disappearances of children and a dream which one can never forget.

What makes this book stand out?:
The author lends it with an eerie feeling that reaches up to your bones and even touches your toes.

The unbound: an archived novel 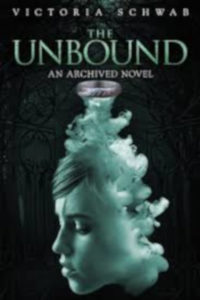 It revolves around McKinsey Bishop who is a keeper of the local archive and how she is engaged in keeping the archive in order and preventing the violent histories from escaping there.

Read it For:
Here the prime keeper becomes the prime suspect when she tries to discover more about the archive and the secrets that they hide.

Don't Read it For:
It deals with the frustration of Discovery that nothing can change the past and how the main character deals with the nightmares at every waking hour.

What makes this book stand out?:
The author brilliantly untangles the mystery while captivating the audience with a mixture of action, horror, and romance. 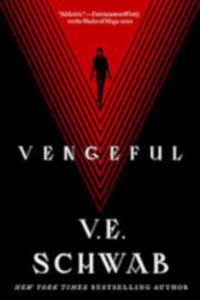 This is one of the first adult novels written by Victoria, where in Sydney she lives all alone with her dog Dol and notices the acts of vengeance that Victor has done.

Read it For:
the author brings out a whole refreshing angle to the novel where Victor is under the radar and possessive Superhuman powers.

Don't Read it For:
For all the evil and events that Victor does someone else has to pay the price.

What makes this book stand out?:
The main characters are buried and reanimated to be a human who possesses supernatural powers.

Don’t miss out on any of the books mentioned above of Victoria Schwab as every one of them is a fantasy thriller that gets your heart beating out loud! These books are the 10 best-selling books of Victoria Schwab.