We are living in the world that looks much more like a science fiction. Everyone finds themselves looking for the best genre and predicts the future of world to be. Of course some science fiction knowledge also holds the key to deal with the strange changing world. Fantastic science fiction and fantasy novels are quite interesting to read and enjoy a great way. Here is a list of top 10 science fiction books of 2016 that helps you to escape from the present world and enter into the adventure you are looking for in amazing way.

The Prophecy of Trivine” is one of the top 10 science fiction books that show the story of advanced alien race invasion of earth for undertaking responsibility of experiment that goes out of control. Millions of years ago, outcome of this experiment was conceived and now the fate of the world rests in her hands.

Read it For:
Reading The Prophecy of Trivine would be way too interesting and enjoyable. These 3 men are a scientist, a hacker and an artist, who are about to change the fate of earth.

Don't Read it For:
Storyline of “The Prophecy of Trivine” is good but keeps moving out of focus, and it is not that great.

What makes this book stand out?:
Final judgment is about to made for earth and she comes across 3 young men who changed her life forever. Fascinating concept with impressive language filled story.

All the Birds in the Sky 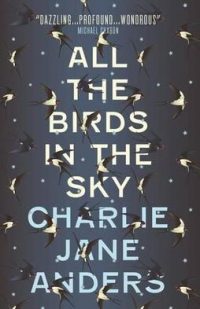 “All the Birds in the Sky” follows pair of childhood friends Patrica and Laurence did not expect to see each other again as adults. Patricia study magic, and Laurence turned into mad scientist after growing up. As adults they both find own roles to play and one will save the planet and other will bring doom to it. With invention of two-second time machine and development of magical powers hardly fail to alarm the family and peers. Planet is falling apart so that the two must take part in the role. Laurence is the engineering genius who aims to avert the catastrophic breakdown and technological intervention with changes in the global climate.

Read it For:
The novel affords creative freedom and goes beyond the boundaries with making an enjoyable option to read fantastically.

Don't Read it For:
When you do not like to read the science fiction imaginative novel, then there is no point in reading the novel.

What makes this book stand out?:
Charlie Jane Anders deftly explored murky boundaries of science fiction and fantasy. World has evolved and you can surely learn more information about science fiction. 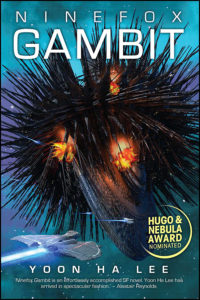 The Machineries of Empire #1 is first installment of the trilogy in the series of Ninefox Gambit best books that centers dishonored captain Kel Cheris, recaptures formidable Fortress of Scattered Needles to redeem in front of Hexarchate. Captain Kel Cheris uses the unconventional methods of battling the heretics. Career of Cheris's is not only thing at stake but also the fortress falls behind the hands of Kel Cheris. Best hope of Cheris is to ally with the tactician Shuos Jedao. In the story, Jedao never lost even a single battle and he is the only one who could figure successfully besiege of fortress. War Captain Kel Cheris needs to win the impossible and he must awaken ancient weapon with destroying the traitor general.

Read it For:
The Machineries of Empire is Beautiful, and full off-hand inventiveness. Ninefox Gambit effortlessly accomplished this astounding SF novel.

Don't Read it For:
bit of overexpression

What makes this book stand out?:
The Machineries of Empire #1 is classic and striking space opera with bright new story to read. Reading the top 10 books is very interesting and quite enjoyable as it brings more motivation. Yoon Ha Lee arrived with the spectacular fashion of the tale.

One Indian Girl is 7th fictional novel written by the famous Indian author Chetan Bhagat. Radhika Mehta, worker at Distressed Debt group of Goldman Sachs which is the Investment bank. As Radhika arranges her marriage with the Brijesh Gulati worked in Facebook Company, San Francisco. Radhika Mehta reveals childhood and life in Delhi nerdy personality are contrast with elder sister Aditi. “One Indian Girl” is one of the top 10 science fiction books that bring more adventure to read.

Read it For:
One Indian Girl received positive reviews from critics. Everyone loves to read this book to unlock more mysteries and adventure.

Don't Read it For:
The story narration is not pretty well

What makes this book stand out?:
One Indian Girl story inspires everyone and it is surely to be read as it is the first-hand experience. 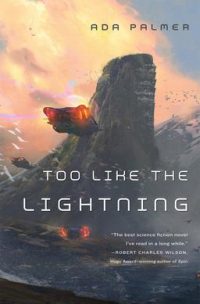 “Too Like the Lightning” is the top books that revolves around a convict, Mycroft Canner. In the 25th century, Mycroft Canner is convicted for his crime as a custom to wander world that he needs to find all the requirements to survive. He was a sensayer, spiritual counselor and later he outlawed public practice of religion. Birth of Mycroft and Carlyle was quite strange to the eyes of 21st century and they are native to 1500s. Most of world's population are affiliated based on globe-girdling clans who are like-minded along with cultural competition and endless economic are carefully managed by the central planners.

Read it For:
Reading the “Too Like the Lightning” would be helpful to know the mad combination of both the heaven and hell with adventure.

Don't Read it For:
Old plot

What makes this book stand out?:
Readers could get on the adventure of knowing about Mycroft and Carlyle who stumble the wild card to destabilize the system. 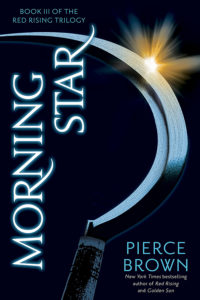 Darrow likes to live the life of peace but his enemies have brought him to war. Morning Star novel has several characters and Gold overlords have demanded the obedience and hanged his wife along with enslaving the people. Darrow fights back for everything.

Read it For:
Red Rising is #3 New York Times Best seller that thrilled readers and got wide applause for the presence of talented new author.

Don't Read it For:
Some parts of the story are quite dull and you would be confused

What makes this book stand out?:
Reading the Morning Star is the conclusion to the Red Rising Trilogy: Morning Star and most readers love the trilogy. 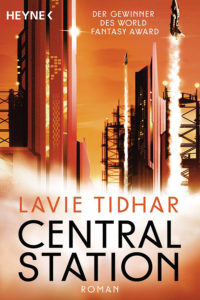 Cultures collide in the virtual reality and real life. Worldwide diaspora left the quarter of million people in the space station. City is weed literally and the growth has left unchecked. Data is cheaper and life is cheap. Boris Chong returned to the Tel Aviv from Mars and many things have changed. Hunted data-vampire followed Boris and she runs to where she was forbidden to return.

Read it For:
Reading this thrilling story would be a great entertainment during the leisure time.

Don't Read it For:
Central Station portrays the vampire so when you do not like horror story, then avoid reading

What makes this book stand out?:
British Science Fiction author Lavie Tidhar has overrun the readers with fantastic storyline. Central Station by Lavie Tidhar is one of the top 10 books of 2016 that admired millions of people. 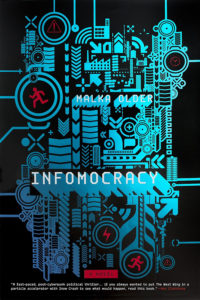 Read it For:
Reading the Infomocracy novel would be a great entertainment about the science fiction in the modern world.

Don't Read it For:
Full political driven so it could be driven

What makes this book stand out?:
Infomocracy is one of the best book to reads and inspired millions of people across the world.

A Gathering of Shadows 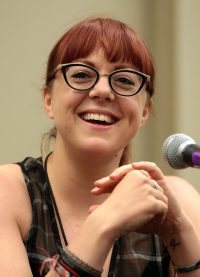 A mysterious obsidian stone has fell in the possession of Kell. Stone was cast in the dying body of Holland through rift--back into Black London. Kell visited ominous magical events by dreams and wakes to think of Lila, disappeared from docks. Red London finalizes Element Games, extravagant international competition of magic to entertain as well as maintaining the healthy ties between other countries.

Read it For:
Reading the “A Gathering of Shadows” is quite unbelievable and it managed to impress people across the world.

Don't Read it For:
Not quite interesting to read

What makes this book stand out?:
The tension plagued you when reading previous installment, but A Gathering of Shadows answers all the questions that ever closer as you neared the end. 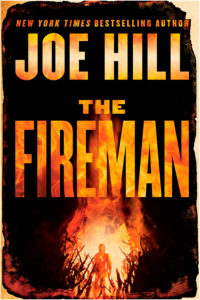 A terrifying plague is spreading across the country like a wildfire and strikes the city one after other in Boston, Detroit, Seattle. These plagues are called as Draco Incendia Trychophyton. For everyone surprise, the Dragonscale is highly contagious, deadly spore marking the hosts with beautiful Gold and Black marks in their bodies. It causes the victim to burst into flames and millions of people are infected by the plague. No one is safe and no antidote for the plague.

Read it For:
Poised debut novel that brings unforgettable and engaging imagination. Story gets lot of attention from audience and it surely deserves more.

Don't Read it For:
Not suitable for the children to read

What makes this book stand out?:
The Fireman was written by New York Times bestselling and award-winning author Joe Hill. This chilling novel is about the worldwide pandemic with spontaneous combustion threatening to reduce the civilization to ashes.