The Stargate novels have a series of adventures that continue with each novel. These Stargate books are written by various authors such as Amy Griswold, Sally Malcolm, etc. Based on the television series by MGM, Stargate novels appeal to the young blood through its exciting storylines.

There is even a magazine for the franchise. This franchise is known all across the world and is one of the best sci-fi books on the planet. The books make use of the same characters in the sci-fi series and offer you an action-packed story of the Stargate Universe. With its ultimate mysterious and drama, these books are spellbinding.

This novel has buried secrets in it that thrills the reader to turn addictive towards the book. The story is set around Christmas when Daniel Jackson finds out about a few archaeologists trying to search for the Norse burial site. Sally always writes the characters perfectly, and it is appreciated that after so many watches and rewatches of the series, the story is well-written. 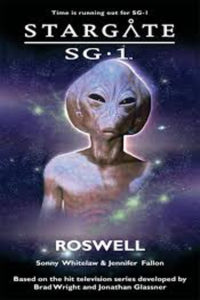 The novel is written by two authors Sunny Whitelaw and Jennifer Fallon. The rescue of different characters is through a duo which is only the beginning of their problems. While few characters become embroiled in the Roswell conspiracy, the other ones are desperately looking for a way to home.

Read it For:
The plotline is excellent, the characters perfectly rendered and in tune with each other, the action is fully absorbing and is well written about the pre-space age Americans. It is a part of 10 best selling Stargate novels.

Don't Read it For:
Most of it is wasted trying to explain things like a force field used inside solid rock.

What makes this book stand out?:
The action, suspense and sweeping forward momentum make this a gem, it will make you sit on the edge and absorb you in all the action. 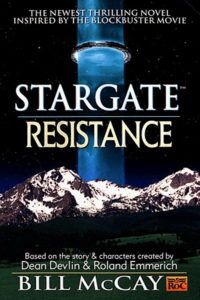 The story revolves around Daniel Jackson and Colonel Jack O’Niel who lead the Abydan refugees for another world. But they ended up finding hell. The Stargate link to Earth, with Ballas is severed and the refugees are left to face their enemies.

Read it For:
Who are these aliens and why they are on the Ballas? The answers lie in the secret past of the alien space. Great military action scenes, an archaeological dig in Saudi Arabia subplot discovering alien artefacts and some interesting characters help to pull it along nicely.

What makes this book stand out?:
The story is one where Colonel O'Neil and Daniel Jackson lead the refugees from Abydos to a new world when theirs is attacked.

Some unknown forces kidnap the adopted daughter of Dr. Janet Fraiser. Meanwhile, he receives a demand. The story is all about the endeavors of Colonel Samantha Carter whose only mission is to save Dr. Fraiser’s daughter.

Read it For:
The book is worth reading, the fact is that Cassandra is shown growing up as a strong woman and Amara was able to become ascended. The story unfolds with the same traits of the character.

Don't Read it For:
there are a minor inconsistency and a glaring error for any Stargate fan.

What makes this book stand out?:
It has a great story and dialogue line and has the same traits of the characters that resemble the TV series. 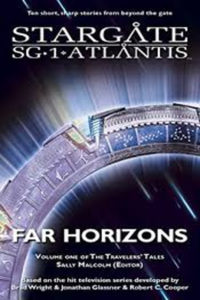 Far Horizons brings you a wealth of exciting stories from across the Milky Way and galaxies. It has 10 short stories by different authors of Stargate.

Read it For:
Here we have the opposite case--a series of interesting situations that feel like they'd make good half-hour episodes instead of stretching the stories to 2-3 episodes altogether. It is one of the popular Stargate novels for Atlantis series.

Don't Read it For:
if you really don't care about defending humanity from evil creatures from this or other galaxies, you probably won't like this

What makes this book stand out?:
This set of stories is a pleasant surprise, This concept is well-conceived and superbly executed. All of the stories are captivating and imaginative.

STARGATE SG-1: Murder at the SGC 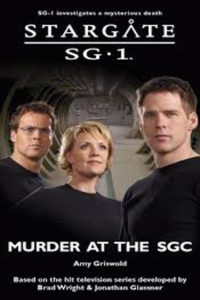 A civilian contractor is murdered, and the entire SGC is in havoc. When the team returns and begins their investigation, nasty secrets begin unfurling. Something bigger is going on, and the SGC is in danger.

Read it For:
This is closer to a murder mystery than the usual type of sci-fi novel that Stargate fans might expect.

Don't Read it For:
The team doesn't go off world a lot in this one, but it is very much like all those great earth-based episodes.

What makes this book stand out?:
The mystery elements of this were well done and will keep you reading until the very end to find out whodunit. The characters were well-fleshed out. 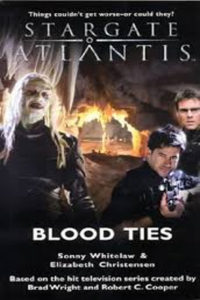 A series of gruesome murders is uncovered and the trial points at various other kinds of issues and deep-rooted problems. An ancient cult is all set out to unleash havoc on the world. However, Sheppard must do something about this. And the only way to do something about is to question everything.

Read it For:
The book captured the action and humor of the series pretty well.

Don't Read it For:
It might have been a little short in the humor department, but it is better to err in that direction than the alternative. You can't go for too many laughs when the whole planet is at stake

What makes this book stand out?:
The personalities of the characters in the book perfectly matched those in the TV series, which doesn't always happen in novelizations like these. 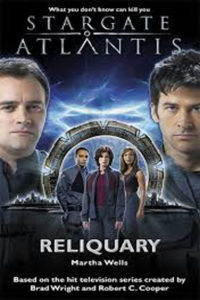 Major John Sheppard comes across something unusual while exploring some of the vacant and not in use sections of the Ancient City of Atlantis. He and the doctor find a mysterious device and a mysterious journey awaits these two.

Read it For:
The situation is just the kind of thing the Atlantis crew would find themselves in the show. The writer manages to move the story along easily, without any stilted or artificial explanatory dialogue, and the various clues to the mystery. Authors do not let the adventure die!

Don't Read it For:
It isn’t a long novel. Since it is from the Atlantis series, it becomes difficult to analyze the locations.

What makes this book stand out?:
The first half of the book reads like a suspense novel, with the tension growing as the team explores an abandoned Atlantic outpost.