This timeless classic has fans all over the world in all generations living during and born after the release of this awesome sci-fi work of what can only be called art. Star Wars fans all around the globe are so very passionate about this series that a number of books have been written to take further the imagination of the audience. 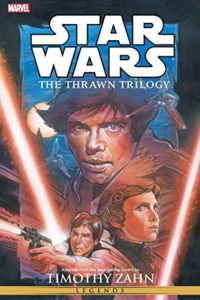 Timothy Zahn is perhaps the most revered Star wars fiction writer of all time. The Thrawn trilogy written by him has to be on number one of this list. All those claiming to be fans of Star Wars, do not do so if you haven’t read these. Heir to the Empire, The Dark Force Rising and The Last Command form part of this amazing Trilogy.

Read it For:
This trilogy by Zahn introduces some of the most important characters of the expanded universe for the first time like Admiral Thrawn and Mara Jade

Don't Read it For:
The graphic novel is not as good as the original books and can be a let down because it is so hyped that you have very high expectations of it.

What makes this book stand out?:
Zahn is one of the best sci-fi writers and in this trilogy he takes ahead the story by a few years where a new challenge awaits. 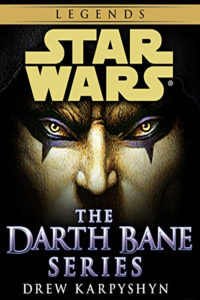 Consisting of Path of Destruction, Rule of two and Dynasty of Evil, this trilogy sheds light on the life of Bane and why he makes the choices that he does. He ultimate hunger for power and the realization of the power that the dark side has.

Read it For:
The gripping story of the Sith and the transformation of Bane from a young ore miner into the dark lord is just one shock among many others that this trilogy will put you in. It also creates a fascinating legend of the Sith which this book really stands out for.

Don't Read it For:
This story is often very predictable, as such can be a letdown for some. Also, while Bane is the protagonist, his character is not developed to its full potential. It feels like the character has much more potential than it is being given credit for.

What makes this book stand out?:
Once you start reading this book, it is very hard to put down. The writing is simple, and the story is exciting albeit a little predictable. 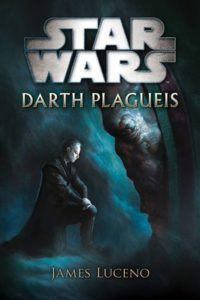 The story of the wisest, greatest most powerful Sith Lord ever, this book tells the tale of Darth Plagueis, the dark Sith lord whose wisdom could save his loved ones from dying.

Read it For:
This book beautifully entails the knowledge that Darth Plagueis had of the dark world, his ultimate target of domination of the entire world and his fear of losing what he most desires- power.

What makes this book stand out?:
This book is written in great details even to the very minute ones who give it life. The work done by James Luceno is commendable.

The Revenge of Sith 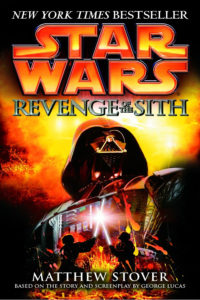 This book is the turning point in the epic Star Wars saga. Based on the screenplay by George Lucas, this epic book contains all about the characters in all their complexities.

Read it For:
This novel picks up where the movie left off and focuses on providing a deeper characterization of some beloved star wars characters like Anakin Skywalker and his wife, Padme Adala

What makes this book stand out?:
This book stands out for giving a rich depth to the relationship between Obi-Wan Kenobi and Anakin Skywalker. This book gives answers to some of the most sought out questions about star wars and acts like a great add-on to the movie. 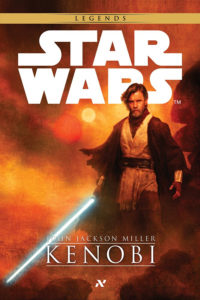 This brilliant book is the author’s concept of the star wars world (the comic series), and he mixes it with elements of classic western novelization.

Read it For:
This wonderfully written novel brings life to the desert wasteland of Tatooine. The writing is exceptional and explores the depths of Obi-Wan’s psyche.

Don't Read it For:
This book is very slow paced and sluggish which is its only drawback.

What makes this book stand out?:
This highly addictive book somehow manages to explore the depth of Ben Kenobi’s character while at the same time not giving away the mystery built around him. It is full of twists and turns and would make it very hard to keep down once started.

The Rise of Darth Vader 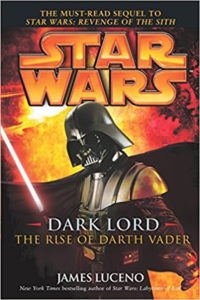 This book takes place after the Revenge of Sith. It shows the journey of Darth Vader incomplete. From an  angry Jedi to a ruthless Dark Lord, this book is the best ever to understand Darth Vader truly.

Read it For:
Amazing characterization of Darth Vader, this book puts you in his head to understand what he really is.

Don't Read it For:
There is no such shortcoming of this book apart from one that it may not live up to Luceno standards, it seems to fall flat and not live up to expectations you would have of Luceno.

What makes this book stand out?:
The part where Darth Vader is struggling to get used to his new body is very well told in this tale by Luceno. 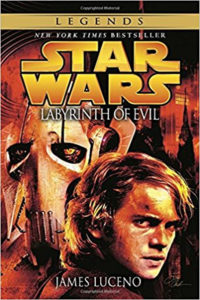 Prequel to Star Wars Episode 3, this novel is a must for all the diehard star wars fans. It is a story about the very last days just before the Revenge of Sith.

Read it For:
This book has a great plot and develops into an interesting storyline.

Don't Read it For:
It does not, however, deliver as well as expected. It is interesting but not so much. Some unnecessary details about the politics and technophilia that might be boring to some.

What makes this book stand out?:
Details to the characterization of even sidelined characters such as Doku is done very well and in good detail. 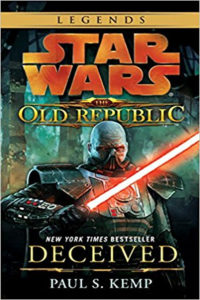 Read it For:
Character development and storyline are the best features of this book.

Don't Read it For:
The book entails a lot of characters and their development as such there was too much, not giving any particular focus or wow factor to any character.

What makes this book stand out?:
Great twists in the story which keep you engaged. 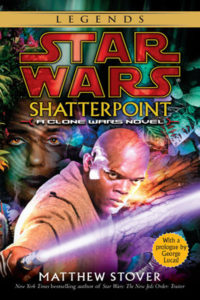 Mace Windu’s life is the subject of this book, it explores his character and his descent into the darkness

Read it For:
This book does the task of giving an in-depth account of Mace Windu’s character which has been a weirdly difficult thing to go through the series.

Don't Read it For:
The ending in this book seems to be abrupt and not very well finished.

What makes this book stand out?:
The writer has put some parts of the story as entries into Mace Windu’s personal journal as if he is writing them down which is a unique feature in any of the Star Wars books. 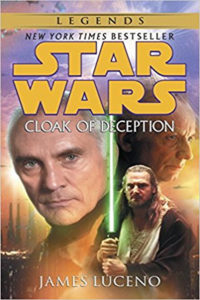 This is a prequel novel that takes place shortly before the events that take place in Phantom Menace where Valorum struggles with his loss of power and asks the help of Jedi knights in hopes of regaining power.

Read it For:
This book is so well written and intriguing that it serves as the best prequel to be ever written before the very first episode of Star Wars. It creates a curiousness that only can be solved by the first episode.

Don't Read it For:
This is a stage set for the first episode, so for those who have already watched it, this book becomes very predictable.

What makes this book stand out?:
This Prequel sets the perfect starting point for the very first episode of the iconic star wars franchise.