Sir Arthur Conan Doyle changed the course of literary fiction when he introduced us to the great consulting detective Sherlock Holmes and Dr. John Watson way back in 1887. The Sir Arthur Conan Doyle books of 56 short stories and 4 novels about the adventures of the great sleuth and his partner-against-crime Watson paved the way for all the future crime novels and detective stories. Filled with explicit and accurate scientific and logical details, the charismatic sophistication of the Victorian era and the dry humor of the stories made Conan Doyle a phenomenon worldwide.  To say the adventures of Sherlock Holmes are the most popular Arthur Conan Doyle novels and the characters made him legendary would be an understatement by many light years.

The Hound of the Baskerville 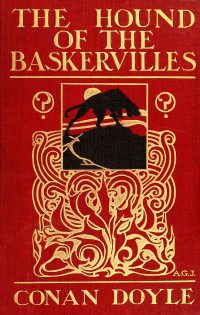 The sleuth and his friend is invited by a Henry Baskerville to his ancestral home at Dartmoor for investigating the mysterious death of his uncle Charles and to help him escape a doomed legacy that has been in his family for years. The legend of one of his ancestors being torn apart by a gigantic hound more than a century ago comes back to haunt him as yet again the rumours of a monstrous creature run wild in the moor region.

Read it For:
The best Arthur Conan Doyle book, this one has got the suspense and thrill, mixed with a carnal fear of the unknown and unseen at its very best.

Don't Read it For:
If you don’t like books even a little bit.

What makes this book stand out?:
Being the most famous of the four Holmes novels, and the most captivating and compact one.

The Adventure of the Speckled Band 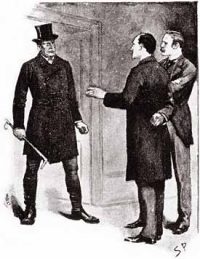 A young woman, Helen Stoner, asks for the super sleuth’s help to solve the mystery of his sister’s death, but he and Watson are threatened by the stepfather to stay out of this business. Nevertheless, Holmes visits and solves the case and finds out that the last words of Helen’s dying sister Julia – “The speckled band!” – meant a swamp adder snake, for its body design. The mystery unravels as the killer tries to do yet another murder with the ‘speckled band’ but this time to be caught and killed by the same weapon.

Read it For:
Witnessing the science of deduction first-hand.

Don't Read it For:
If you do not like creepy-crawlies in detective stories.

What makes this book stand out?:
The Speckled Band topped the list of the 12 best Sherlock Holmes stories that Sir Arthur Conan Doyle himself selected. 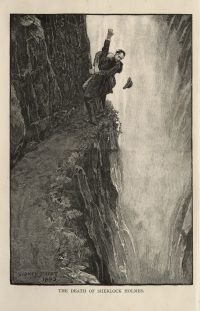 Quite different from the Season 4 Grand Finale of the blockbuster TV show, BBC Sherlock, which borrowed its title from this book, the printed counterpart saw the demise of everyone’s favourite fictional detective as he engaged in a fight with his nemesis Dr. James Moriarty and takes a dive along the Reichenbach Falls in Switzerland.

Read it For:
To witness the absolute brilliance of writing describing what happens when two great minds clash.

Don't Read it For:
To save yourself the pain of going through the death of Sherlock Holmes.

What makes this book stand out?:
The climax it presents – for obvious reasons. No one ever thought that THE Sherlock Holmes could die, but here they were, completely astounded by the suddenness of the shock.

A Scandal in Bohemia 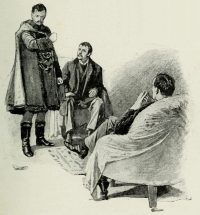 Wilhelm Gottsreich Sigismond von Ormstein, Grand Duke of Cassel-Felstein and hereditary king of Bohemia, is all set to marry Clotilde Lothman von Saxe-Meiningen, a young Scandinavian princess. But his worries are bigger than his name, as his former Opera singer lover – a certain Irene Adler, has a picture of them together and this might jeopardize his marriage in near or far future. So he hires Holmes to save him from the soup, and even though arrangements are made to maintain secrecy, Holmes fails to capture the lady in question.

Read it For:
This is the short story where we see the woman, as Holmes preferred to call her – the great Irene Adler, who was the only one who managed escape from the sleuth.

Don't Read it For:
You might be disappointed with the very little presence of the woman, as unlike her famous screen counterparts, we only see her once in this story.

What makes this book stand out?:
Being the only story where Sherlock Holmes is outwitted.

The Adventure of the Empty House 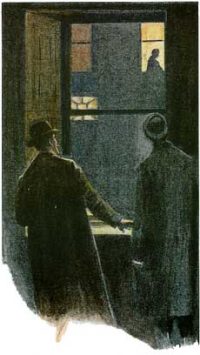 Although the name refers to the murder of a prominent Australian official, it is actually about him telling Watson how he survived the Reichenbach fall and all the places he went around in the last three years of his invisibility.

Read it For:
It is the book where the sleuth makes a return because of sheer public pressure and also financial problems of Conan Doyle.

Don't Read it For:
Only if you want Sherlock to stay dead.

What makes this book stand out?:
Being one of those stories where we see the actual Sherlock-Watson bond, which never came across otherwise – because of British and their stiff upper lip. 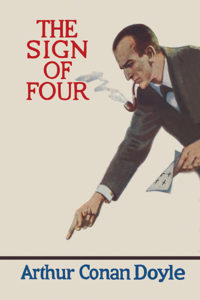 The mystery winds up around the treasure of Agra, a little bit of greed and a lot of treachery. The person responsible for the murders in the book is a man seeking revenge and claim of the treasure that he once stole in India along with three locals, but was backstabbed by some others with whom he thought he had a deal.

Read it For:
This is the book that introduces Mary Morstan – the future Mrs. Watson, and we get to see a smitten John Watson for the first time.

Don't Read it For:
It is one of the four novels – hence much longer than the usual stories with way more details and information. Skip it if you like them short and snappy.

What makes this book stand out?:
Portraying India in a very prominent way, as well as an Indian – a dwarf from the Andaman Islands, who plays a significant role for the antagonist. 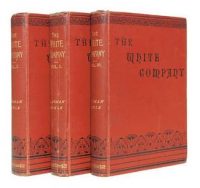 In this book, Conan Doyle depicts very realistically the events of the 14th century with all the glorious battles and weapons typical to the middle ages, as well as their religious customs, spiritual beliefs and

Read it For:
Though not one of the Sir Arthur Conan Doyle bestsellers, he listed The White Company as his most favourite creation among his works. It is definitely on the must-read list.

Don't Read it For:
In case you do not want to mar your image of Conan Doyle as a crime novelwriter.

What makes this book stand out?:
Being a book of entirely different taste than what people usually associate Conan Doyle with.

The Captain of the Polestar 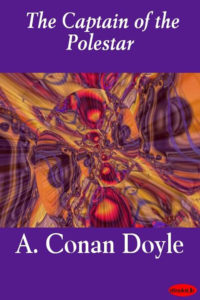 The collection of short stories is about fantasy, mystery, comedy, thriller and partial horror – all clubbed into one book.

Read it For:
Having a taste of Conan Doyle’s literary brilliance in genres other than crime thrillers.

Don't Read it For:
If you know Conan Doyle only for his Holmes stories and are into hardcore mystery novels, this might come out a bit childish to you.

What makes this book stand out?:
The different genres with which the grand knight of an author plays with to give us a book very unconventional and distinct from his style. 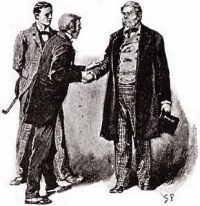 Sherlock Holmes yet again saves the day by stopping a bank robbery by a notorious criminal. From the accounts a man called Jabez Wilson with fiery red hair and his unbelievable story of a red-headed league who employed and paid red-headed people for small jobs, Sherlock deduced a potential robbery that was going to happen in the bank behind Wilson’s house.

Read it For:
Sherlock Holmes and his yet another brilliant display of the science of deduction – a catchphrase which has now become very popular, thanks to BBC.

Don't Read it For:
A very tiny time window to learn and foretell a very big event – do not read the book if that sounds very unrealistic to you.

What makes this book stand out?:
The lovers of elite British-ness of the Sherlock stories will be delighted to experience the sheer suavity of the tall man with a pipe in his mouth. 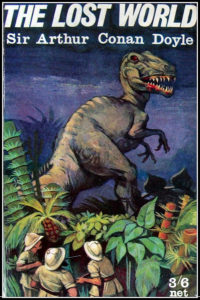 Sir Arthur Conan Doyle takes us to a Jurassic Park-ish trip in this book where four men set off for an expedition to a plateau of the Amazon Rain Forest in South America where they meet still-existing giant dinosaurs, are held captive by a tribe of ape-men who are at war with a tribe of humans.

Read it For:
A thrilling narrative of the great wilderness in the polished language of Conan Doyle.

Don't Read it For:
If you like Conan Doyle for his logical and scientific narratives rather than fantasy fictions.

What makes this book stand out?:
Talking about living dinosaurs before it became cool.