Have you ever read a book that is thriller plus romance plus mystery plus a hint of technology? All of this can be found in books of Neal Stephenson. His books contain stuff that you can never imagine. It has science, technology, artificial intelligence, history and along with that he never fails to amuse us with his skills of mysterious stories and suspense that he unwinds at the end of his books. His books are so good, the suspense might kill you and yet you will keep turning pages while reading his amazing stories. Neal Stephenson makes sure that you are completely sunken into his stories when you read those sci-fictions or mysteries. Neal Stephenson is an American writer, who was born on 31st October, 1959. Before writing novels, he has worked as a part-time advisor for a company. He is also a game designer as he has a love for science. His novels are amazingly categorized in all following categories: science fiction, historical fiction, cyberpunk, etc. He has never stopped to surprise us even with his historic novels that touch cyber punk a little. His love for sci-fiction as well as history makes his novels one of a kind.

Cryptonomicon is zooming all over the world and turning to change the conspiracy that lays between the two time periods- World War 2 and the present. The heroes at that time were quite brilliant. There was an allied group that tried to break the communication codes along with preventing the enemy to figure out that their codes are broken. All of this secrecy in the past resembles our present day story line in which we have the grandchildren of those heroes of World War 2.

Read it For:
The writer has linked the present situation to a past in a very unique way and that makes this book as one of the Top 10 books by Neal Stephenson.

Don't Read it For:
The book contains various details from past and world war 2, which if you are not interested then you should not read. 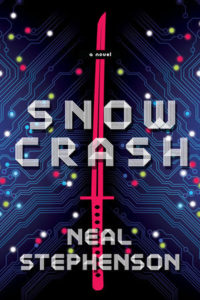 In reality, the thing is that our protagonist actually delivers Pizza at uncle Enzo’s Pizza shop, but nobody knows that he is a prince. Falling steep into a difficult or a mysterious computer virus that was trying to bring down the hacker everywhere he (our prince) is on the mission to destroy this virus.

Read it For:
Do read this book if you are a fan of technology and technological problems. This book is one of the Neal Stephenson best sellers. 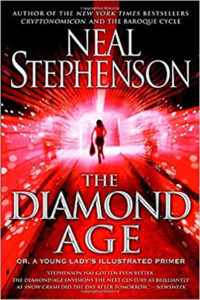 The diamond Age: Or, A Young lady’s illustrated Primer is a novel that belongs to a cyberpunk. It is a kind of sci-fiction novel that shows us a story of coming age. There is a character name ‘Nell’ about whom the story is. She is set into the world of nanotechnology.

Read it For:
This novel deals with various scientific themes and with various studies, education, social class, ethnicity and artificial intelligence.

Don't Read it For:
The book consist of references of science, artificial intelligence and many such terms that a common man is not familiar with.

What makes this book stand out?:
The book is based on sci-fiction story about a girl which makes inventions using nanotechnology and artificial intelligence. The book is one of the Neal Stephenson popular novels. 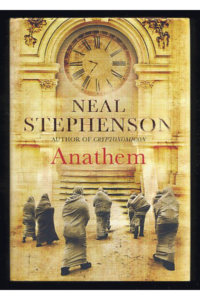 Don't Read it For:
The book contains some historic terms which you may not be familiar so in that case this book is not recommended. 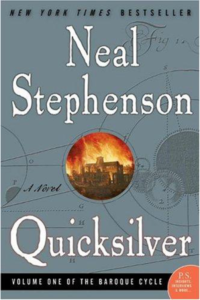 Read it For:
For all the mystery and adventure that lies beneath the story will make you read the book again and again. Also this book is included in Neal Stephenson popular novels.

Don't Read it For:
The book contains terms that has historical references which may be inappropriate or uninteresting for some people.

What makes this book stand out?:
This books belongs to the Top 10 books by Neal Stepehnson. 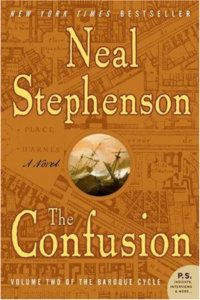 The story begins in Europe, where exquisite and resourceful Eliza is stripped of because of her personal fortune. Meanwhile in the same country, Newton and Leibniz put forward the their theory as infamous rivalry and stubborn battle.

Read it For:
The book contains of deadly plots with a natural science combination. This book is one of the Neal Stephenson best sellers.

What makes this book stand out?:
This book belongs to one of the Neal Stephenson popular novels.

The System of the World 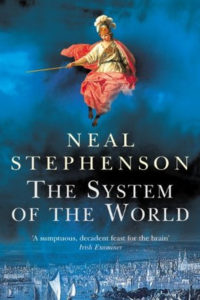 This is the third book in the book series of ‘Baroque cycle’ and is the concluding novel. The story starts from early 18th century. There is a diverse cast of characters such as alchemists, philosophers, mathematicians, spies, thieves, pirates, and royalty. The story revolves around these various characters and their past lives.

Don't Read it For:
There are various characters included in this book because of which some readers may find that there is no link between incidents or the characters.

What makes this book stand out?:
The book consists of various past stories regarding various characters. It is one of the Neal Stephenson popular novels. 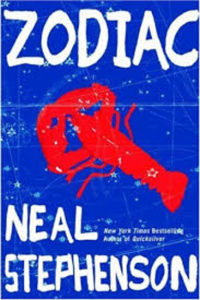 Sangamon Taylor is a new age guy who likes to wear a wet site rather than a trench coat. Rather than Scotch on the rocks he prefers a jolt. He has complete idea about all the chemical sludge and evil. Before his house was bombed, he followed every move of the enemy. He is now moved onto RBI’s most wanted list. He has made up with his girlfriend now. Closing the case is not an option.

Don't Read it For:
This book is a thriller and adventure and does not consists of a complete romance, so if you are looking for a romantic novel then you might be disappointed.

What makes this book stand out?:
The book is a beautiful combination of thrill, adventure, romance as well as mystery of the main character. 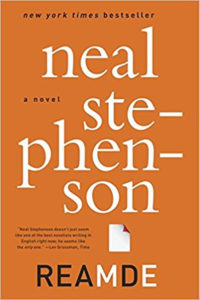 The story revolves around a character whose name is Richard and it runs away and flees to wild and lonely mountains of British to avoid the draft. The sheep is involved in smuggling high loads of bag pack containing marijuana across northern border. He has plenty of time and money to burn and so he becomes addicted to online fantasy games. Like serious gamers he started purchasing gold and other stuff for the game.

Read it For:
Listed in Top 10 books by Neal Stephenson, this book will keep you involved for a long amount of time, there is a lot of suspense and thrill and various events keep unfolding to reveal a new secret.

Don't Read it For:
After you start reading this book you may find that the story seems a little bit irritating at first and so characters end up being important in the end which is not even necessary. Also after some time you might find that momentum of story is lost and things are being repeated.

What makes this book stand out?:
This book is one of the Neal Stephenson popular novels. 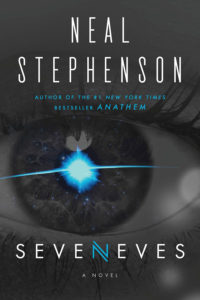 Have you ever imagined what can happen if the world is ending? A catastrophic event takes places and that renders mother earth by starting a ticking a time bomb. Various nations around the globe come together to make a plan to ensure survival and safety of humanity. Will they succeed?

Read it For:
This book is a complete package of thrill plus suspense and it is a heart pounding story that makes this book as one of the best books by Neal Stephenson in order.

Don't Read it For:
This book is another fiction where predictable stuff can come up while reading and you may not find it interesting.