John Creasey is an English writer with books of a number of genres under his name – from crime fiction to sci-fi to romantic novels. He has written an unbelievable six hundred plus novels in his lifetime and used around 28 pseudonyms.  A master of writing series novels, The Toff and George Gideon are among the John Creasey bestsellers.

The Mark of the Crescent 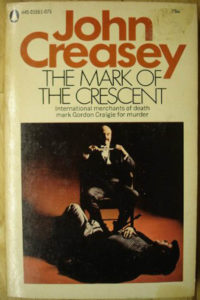 The crescent mark signifies the order for murder, but given by whom and for who is the question. Gordon Craigie and Department Z are following a trail from Greyland estates, but where will this mysterious mark lead them to?

Read it For:
An exciting rat and mouse chase of the hunter and the hunted.

Don't Read it For:
It involves large-scale murder and drugs – so in case you are not a crime thriller junkie, stay away.

What makes this book stand out?:
An omerta-like vibe with all the secret codes and murders. 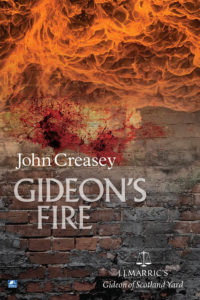 The fifth book in the famous series Gideon has the commander George Gideon of Scotland Yard facing a domestic crisis and maniac mass-offenders responsible for a large scale arson attack and other crimes – all at the same time.

Read it For:
To see the favourite John Creasy detective at his very best balancing two very different types of problems.

Don't Read it For:
It might feel stereotypical for those who read a lot of crime novels.

What makes this book stand out?:
Being the John Creasey best book according to many, that won him the Edgar Award for Best Novel. 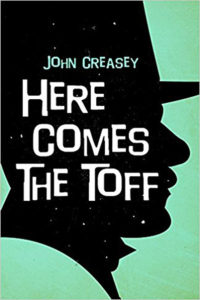 Upper-class sleuth Richard Rollison aka the Toff himself is in danger in this one, as a number of characters from different spectrums of society, belonging to different class and professions, have interconnected stories and like a typical crime novel, there is a dead man in an alley.

Read it For:
It is one of the best novels in the Toff series.

What makes this book stand out?:
For those who do like the mystery of it, it will keep them hooked till the last with the question whether Toff will be able to do both – save his own life and solve the mystery.

Death Round The Corner 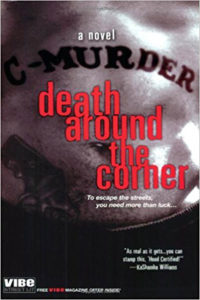 Just before World Economic Conference, Leopold Gorman, a fearsome face of the world of finance, chooses five powerful and wealthy men to bring his master plan to fruition – but the plan is not exactly what one would call a nice one. Can Gordon Craigie and his Department Z stop him, even in the face of the imminent death of the members of the department?

Read it For:
Yet another of Department Z John Creasey popular novels that leave you awestruck in the end.

Don't Read it For:
It deals quite a little in financial and commercial jargon, which is not always easy on the mind of casual readers.

What makes this book stand out?:
Taking a leap into the well-thought and manipulated the world of money-crimes from the usual maniacal murders. 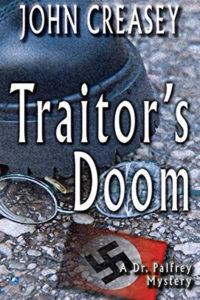 Introducing yet another series by John Creasey, this books is set in the Second World War time, like many others by the author. Dr. Palfrey and his Rescue Squad is faced with the full-fledged Nazi power as they try to subvert the neutral European countries to provide for the Third Reich.

Read it For:
A significant glimpse into one of the darkest issues of the WW2.

Don't Read it For:
Some people don’t like the World War stories to be messed by mere fiction. If you are one of them, steer clear of the book.

What makes this book stand out?:
A larger scale takes on the hair-raising thriller, much different from the back alley murders and heists. 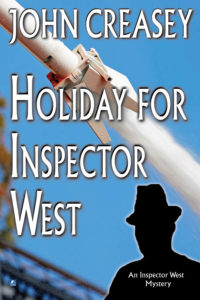 Things get serious as a Member of Parliament is murdered while Inspector West is on holiday. Much to his wife’s annoyance, he has to get back to the job. A crime that looked like a political vendetta in the beginning turns out to be something else entirely.

Read it For:
An Agatha Christie-ish take on petty crimes leading to much bigger consequences.

Don't Read it For:
Many people wouldn’t like to read it for the same reasons many would read it. Hard-core Christie fans might just get too loyal and not want to tarnish that memory.

What makes this book stand out?:
Being one of the best Inspector West thrillers, where we also see a good amount of his domestic side.

The Baron Comes Back 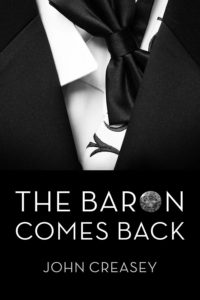 John Mannering aka The Baron is a retired jewel thief, who is trying to stay away from his former profession. But he is dragged back when a French man comes with a strange offer of finding some jewels that have been smuggled into the country. As much as Baron knows the risks, he cannot turn down the offer.

Read it For:
The best one in the series, where we see The Baron doing what he does the best.

Don't Read it For:
There is no such reason why you should not, except unless you would hate to see Baron being Baron again – in which case it beats the entire purpose.

What makes this book stand out?:
The whole story basically, especially towards the end when Mannering has to be on the run again as The Baron, thanks to his old “buddy” Superintendent Bristow of the Scotland Yard. 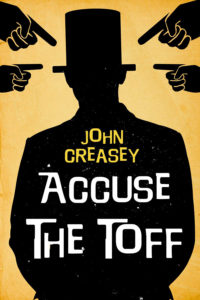 Amidst the raging Second World War, a car hits a commando and leaves several people wounded or dead; and somehow every piece of evidence is pointing at Colonel Richard Rollison also known as the Toff. Now he has to run around the stretch of England to prove his innocence and find the actual perpetrator.

Read it For:
The nerve-wracking, against-the-time race for the life and honour of the main protagonist of the series.

Don't Read it For:
If Toff is too precious for you to see him in any accusation. A stupid reason, but works for some.

What makes this book stand out?:
Taking an already forever-intriguing topic of World War and making it into something even more exciting. 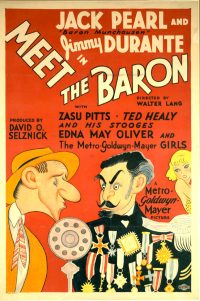 The famous jewel-thief of John Creasey makes his first appearance in this book. When Lord Fauntley flaunts his precious jewels as well as his daughter, John Mannering plans a theft – but even though that fails, it leads to some dire consequences.

Read it For:
It begins off the story of the famous Baron and gives us a glimpse into his past.

Don't Read it For:
Even though the first book, it is not the very best in the series. So you can skip it if you want.

What makes this book stand out?:
Introducing a grey character in John Creasey’s huge spectrum of characters that are usually either good or bad. With Baron, you keep guessing which side he is one. 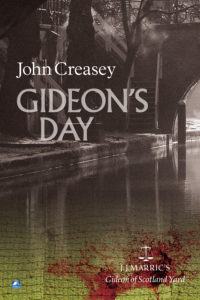 The first book in the popular series follows CID senior superintendent George Gideon’s one particular day at the office and all the different cases and problems that he solves – including one of his own teammate taking a bribe.

Read it For:
It sets down the foundation for a series of books which would go on to be extremely popular and fan-favorite.

Don't Read it For:
It is very basic in its mystery content compared to the later books.

What makes this book stand out?:
Mixing a bit of humour in an otherwise serious genre.