Jasper Fforde is a British novelist and has been awarded Bollinger Everyman Wodehouse Prize, Dilys Award, and Crawford Award. Crawford was given to him for his first novel called The Eyre Affair. He is famous for his Thursday Next novels. The Thursday Next is a series of novels which is a mixture of a pool of comical fantasy, a little historical element with loads of mystery paired with suspense. The novels written by Fforde are some of the popular fiction novels by a British novel and here are the top 10 novels written by Jasper Fforde.

The Eyre Affair: A Thursday Next Novel 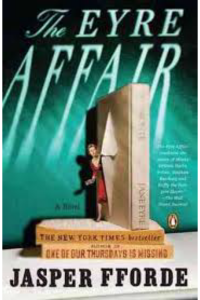 Eyre Affair was published in the year 2001 by Hodder and Stoughton. The book talks about historian war between England and Russia. The war is ongoing since centuries and now they want to put an end to this. However, the protagonist and her cousin moves to a different place to do some social activities and all these activities are done with a mysterious machine.

Read it For:
The literature is a mixture of history and crime. The cold conflict has been going on for so long that now they are too stubborn to stop. How are they going to end the bloodshed?

Don't Read it For:
The Crimean War has been so vaguely illustrated in the plot. The promises made by the characters and the series of events might not take you to the readers world.

What makes this book stand out?:
The capture of the terrorist, manipulation, crime, a mysterious stranger and other events are making this a page-turning novel. 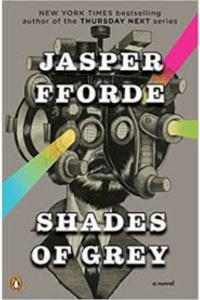 Shades of Grey is a dystopian novel. The story is about an unpleasant society. The people here are outrageous, unlawful, murderous, bizarre and more. The society inhabitants’ possess a distinguishing capability to see one or not more than two colours at a time. This marks their social hierarchy in the society with their ability to see colours.

Read it For:
Fiction paired with some scientific knowledge is going to be a fun element for Jasper Fforde’s readers.

Don't Read it For:
The base of the story is a little unwavering and unapproachable for the readers.

What makes this book stand out?:
The story is quirky, witty and well-written by the writer and has got everything that a reader finds in the book of their favourite novelist.

Lost in a Good Book 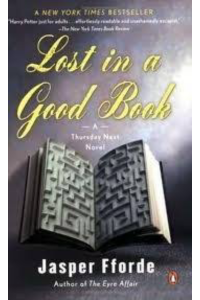 It is story from the Thursday Next series that has been awarded with Dilys Award in 2004. The story follows a literary detective element which has also made Fford a New York Bestselling writer. The adventurous story steals the heart of the readers and the two-year-old who is responsible for the an incident that happens with Laden, somewhere.

Read it For:
The story keeps you captivated all day long until you reach the last page. It has got page-turning elements in the story.

Don't Read it For:
The plot gets a little predictive at one point of time and the reader can clearly guess the next scene.

What makes this book stand out?:
The corrupt politicians, and the bare extinction filled with self-determination are some of the essential ingredients that the writer has sure-die involved in his plot to call it a New York Bestselling.

The Well of Lost Plots 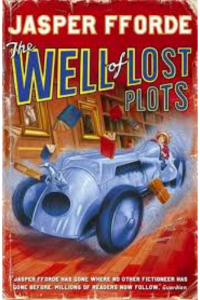 The New York Bestselling adventures with western literature add motion to fiction to the Thursday Next series. It blends in crime, fantasy, thriller and suspense. The story stands in the revelation of the protagonist Miss Havisham’s not mentioned pregnancy and moderate counselling session in Wuthering Heights. The story is a veritable linguistic devise of the hawked market and lousy books.

Read it For:
The plot is a literary showmanship. The literary devises are perfectly infused in the plot.

Don't Read it For:
The book is filled with scientific fiction and fantasy that might not interest non-fiction readers.

What makes this book stand out?:
The plot is made with mere precision of the author and is surely going to steal hearts of million readers. 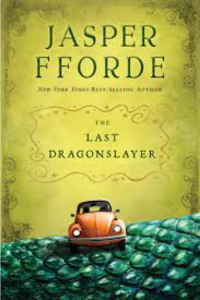 The Last Dragonslayer is a fantasy novel. It is based on magic in the real world which is gradually weakened by growing modern technology. The story talks about a 15 year old Jennifer Strange who is the protagonist of the story and is trying to find information about the missing manager.

Read it For:
The story is filled with wondrous magic and modern technology survival together.

Don't Read it For:
It is like a regular story that leads the slayer to become a Dragonslayer

What makes this book stand out?:
It is a mixture of crime and fantasy combining in the real world. 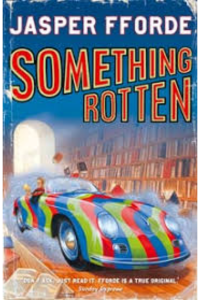 It is the fourth series of Thursday Next series by Jasper Fforde. The story is a continuation from Well of Lost Plots which starts at least 2 years later. It’s not going to be an easy journey and the fantasyt world is no joke for ex-SpecOps agent that returns to Swindon.

Read it For:
The story is engrossing and makes you wanna suck the end of a pencil grabbing you incessantly to the plot.

Don't Read it For:
It might get a little over the top for the readers of fantasy fiction.

What makes this book stand out?:
The story gives you Goosebumps and builds an ever increasing urge of fantasy fiction. 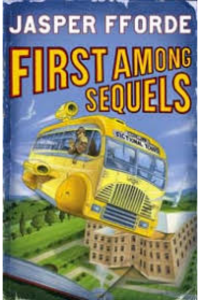 First among sequels is an alternate history comic novel which is set in the British era. It is the fifth novel from the series of Thursday Next novel. The story is a series of tracks where in a car accident a death initiates the incidents that gonna take place further in the plot making it more intense.

Read it For:
It is satirical gifts of sheer humour, silliness and imagination created by the author throughout the story.

Don't Read it For:
Packed with bizarre series of events, the story naturally builds the platform for reader who might not appreciate the turns in the novel.

What makes this book stand out?:
The novel stands out because of the perfect carving of fantasy world put into words that is surely going to steel readers attention.

The Big Over Easy: A Nursery Crime 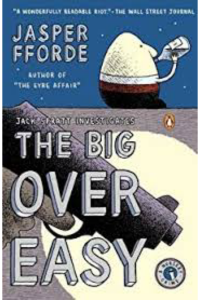 The story is one of the first series of Nursery crimes which moves around Easter celebration. It is a perfect Easter reads. The story talks about a detective inspector Jack Spratt and the assistant Mary. The sentiment of the two characters overwhelms the readers and makes the convict.

Read it For:
It is a must read for readers who love to read crime fiction. The author has expanded the story with extreme perfection.

Don't Read it For:
The border money laundering, buillon smuggling, and problems of beanstalks might make the non-crime fiction readers a fall-out.

What makes this book stand out?:
Exceptionally narrated and written in a way that it seamlessly blends the character sketches very well and personifies crime at its best

One of Our Thursday’s is Missing 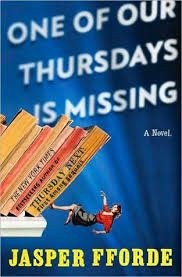 It is the sixth novel of Thursday Next. The story is a continuation of the fifth series and if you haven’t read the fifth series then you are not falling back but surely gonna catch up because of the way the author has expressed his story in writings.

Read it For:
The exuberant writing has been caught entirely in the enchanting spell of Jasper Fford’s mystical writing.

Don't Read it For:
The fantastical world might not be the best place for non-fictional readers

What makes this book stand out?:
The story stands out for the readers because the author opens the world of great world of fantasy. 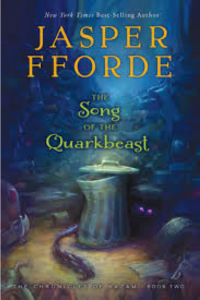 The song of Quarkbeast is the last novel of the last Dragonslayer written by Jasper Fforde. The story moves around the magic faded away in the enchantment of the spell to kill the Dragonslayer.

Read it For:
It is a fascinating story for all those adult fiction readers

Don't Read it For:
Non-fantasy lovers would not wanna read the novel.

What makes this book stand out?:
The story stands out in the fantasy world