Salvatore Albert Lombino, better known by his later adopted name, Evan Hunter, and his multiple pseudonyms, such as Ed McBain, was an American author and screenwriter. Hunter wrote a stunning number of books between 1952 and 2005, which was when he died of laryngeal cancer. He also just so happened to write the screenplay for Alfred Hitchcock’s film The Birds!

Several of Evan Hunter’s popular novels come under the series titled 87th Precinct and Matthew Hope. Evan Hunter’s best book, however, is The Blackboard Jungle, published back in 1954. The genre of these books is typically crime and science fiction. 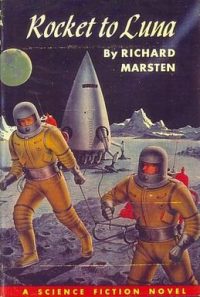 This is one of the first Evan Hunter books to be published. A work of science fiction, Rocket To Luna is the story of Ted Baker, a young man entering into his fourth year at a Space Academy. The story follows the incidents that follow when Baker accidentally replaces a member of the first lunar expedition just before the spacecraft departs.

Read it For:
Read this book for its outer-space setting and for the fantasy of the story.

Don't Read it For:
Do not base your knowledge of space on the claims made by this book!

What makes this book stand out?:
Rocket To Luna employs a fascinating and forever insufficiently explored environment – space – where absolutely anything can happen! It makes for a gripping read. 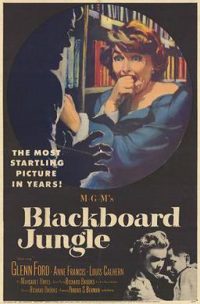 The king of Evan Hunter’s best sellers, The Blackboard Jungle tells a story of youth culture set in New York City in the 1950s. The book paints the picture of a high school English teacher who manages a class of rebellious, defiant students

Read it For:
The frightening realism of the events that unfold.

Don't Read it For:
If you are not ready to read some harsh realisms of school culture, this book is probably not your best option.

What makes this book stand out?:
The stark, unveiled presentation of what is wrong with schools today. 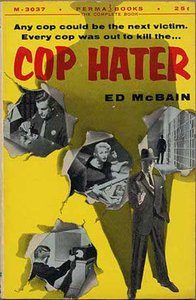 The first book of the 87th Precinct series, Cop Hater, also set in the 1950s, is a book about a mysterious murderer who is going around killing policemen, and Steve Carella, a detective who is in hot pursuit of the culprit.

Read it For:
The concise language that is so characteristic of Hunter that paints pictures of the setting and the events in the book.

Don't Read it For:
Descriptive writing is tough on the mind. If you are searching for a light read to pass your time with, put this book away!

What makes this book stand out?:
Its incredibly detailed description, unique plot, and thrilling action. 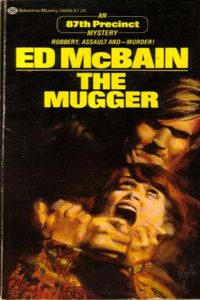 The Mugger is the second book of the 87th Precinct series. It traces the whereabouts of a mugger who is quite different from the average mugger. This stealthy robber lies in wait for women, and actually maintains niceties while robbing them.  The case becomes severe when he injures, and then causes the death of another one of his victims, who just so happens to be acquainted with the policeman in charge of his case. Fueled by an insane personal vendetta, Bert Kling will stop at nothing until he brings this mugger to justice.

Read it For:
The thrill of the chase, the danger, and the thirst for vengeance.

Don't Read it For:
Do not read this book if you are not up for a little male stereotyping!

What makes this book stand out?:
Hunter’s classic crispness and wholesome understanding of the persona and mindset of a policeman. 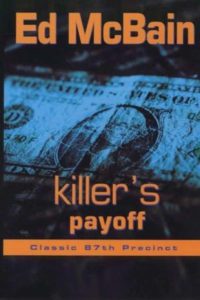 The murder of Sy Kramer, blackmailer, is not without any suspects. The detectives at the 87th Precinct are chasing tails trying to uncover exactly who it was who had motive enough to murder the man.

Read it For:
Another suspense-ridden story that will keep you on edge.

Don't Read it For:
If you tend to try and decipher the end of a story a lot, you probably should not pick this book up!

What makes this book stand out?:
Other than fact that the detectives are investigating into a criminal’s death, the detail with which the plot has been constructed really contributes to the overall pleasure gained from engaging in this book. 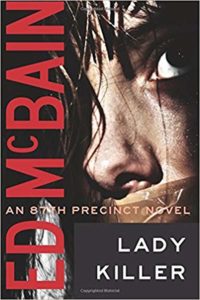 An anonymous letter sent to 87th Precinct one morning that promises the murder of “The Lady” twelve hours hence causes the detectives to spring into action, pursuing a mystery killer without any leads or assurance that the threat is even real.

Read it For:
How well Hunter manages to pull a plot that seems so fragmented together.

Don't Read it For:
A calm and quiet book-reading experience. Get some Murakami instead!

What makes this book stand out?:
The exciting fact that this is a story based entirely on uncertainty! What could possibly happen? 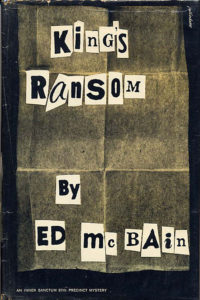 In King’s Ransom, the son of a rich industrialist, Doug King, is kidnapped. The kidnapper demands ransom, which pushes King to contact the police. The boys from 87th Precinct leap into action, only to then realise that it is not young Bobby King who has been kidnapped, but his friend, the chauffer’s son. Doug King is now in a moral conflict; unable to fork over the money he needs for his business deal to save a young child.

Read it For:
The utter genius of a moral dilemma such as the one a rich businessman Doug King is trapped in.

Don't Read it For:
If you do not intend to engage your thoughts, put this book away!

What makes this book stand out?:
The brilliant implementation of philosophical and ethical concepts into the plot.

Hail To The Chief 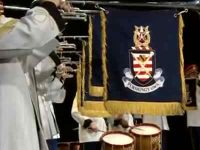 The team at 87th Precinct is on a mission to put an end to a racial war that is occurring in the city that has caused the death of six teenagers.

Read it For:
The effortless switchovers of perspective that Hunter has employed in this novel.

Don't Read it For:
The hastily filled in gaps and unnecessary information in certain parts of the story.

What makes this book stand out?:
The seamless way in which Hunter has presented multiple perspectives.

The detectives at 87th discover that the murder of a popular dancer is connected with that of a small-scale drug dealer a while earlier. They pursue this case with close to no leads or suspects. Another murder with the same weapon used to kill the first two victims confuses the boys further, convincing them that an insane person may be going around the city just for the fun of it.

Read it For:
The supposed, anxiety-inducing disconnectedness of the whole story.

Don't Read it For:
If you are distracted, you may not be able to tie in the events of the story together. Stay alert; this book needs concentrated reading!

What makes this book stand out?:
The change of setting and climate and its connection with the ambiguous title, as well as the uniqueness of this plot. 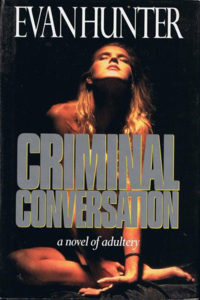 District Attorney Michael Welles’ wife, Sarah, encounters the very man that her husband is in pursuit of when he rescues her young daughter from drowning. Michael, who has wired the criminal’s living quarters, soon discovers (from the tapes installed in the house) that his wife is cheating on him with the man he intends to imprison.

Read it For:
Read this book to find out exactly how a person would deal with a situation as complex as this is

Don't Read it For:
Do not read this book just to pass the time. Its plot is designed to engage you and make you question the morals behind the kind of events that occur in its plot.

What makes this book stand out?:
The singularity and complexity of the plot; tying together personal and professional matters in the most outrageous way possible.