Edgar Rice Burroughs, the celebrated American fantasy fiction writer is best known for his jungle hero Tarzan and the Mars adventurer John Carter. These characters have withstood the test of time and changing the taste in fantasy fiction and have stayed on in people’s mind and heart – as popular as ever.

Tarzan of the Apes 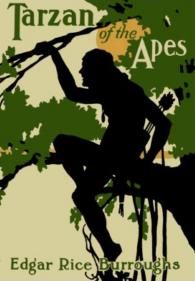 Tarzan of the Apes is the story of John Clayton III. When his parents, marooned in equatorial Africa, die within a year of his birth, the little child is adopted and brought up by she-ape Kala. He grows up to be a skilled hunter and only after killing his father’s killer and becoming the ruler of the apes does he find his way back to a home that he never knew existed.

Read it For:
Needless to say, the book that introduced a character, deserves a read – whether you are Burroughs’ fan or not.

Don't Read it For:
Technically no reason not to, unless you have already read all the modern adventure stories and it might seem a bit old-school for you.

What makes this book stand out?:
In spite of the previous point, this book remains to be a classic, especially for starting off something so special. It has remained the leading Edgar Rice Burroughs bestseller over the years.

A Princess of Mars 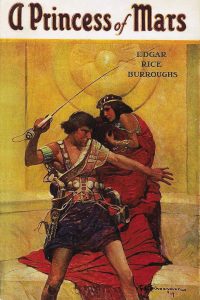 The story is set in an imaginary situation where Mars is a dying planet with the rough environment, and the narrative revolves around its citizens. The first of his science fantasy Barsoom series, this famous pulp fiction of its time had everything from swordplay to planetary romance.

Read it For:
A glimpse into the world of space science fantasy before Star Wars became a thing.

Don't Read it For:
After more than a century of sci-fi novels and space movies, the very rudimentary inter-galactic stuff might seem a tad bit too basic.

What makes this book stand out?:
However, this story, published in one of the famous pulp magazines of the early 1900s, is a trendsetter in the genre. 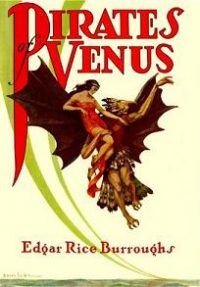 Seems like Burroughs liked a planet other than Mars too. In the first book of his life’s last series – the Venus series, there are Theorists on the planet of Venus, or Amtor, as its inhabitants call it. They are trying to revolt against the well-established society driving away the people who form the base of it.

Read it For:
It is a fantastic political satire with the cold and distant villains.

Don't Read it For:
Villains often make the best part of a book. But in this one, they remain in the dark throughout and the few that are met by the lead character Carson Napier, really don’t live up to their reputation.

What makes this book stand out?:
Drawing a brilliant line between an existing political dilemma and science fiction – two opposite and polar subjects – with details and humor.

The Return of Tarzan 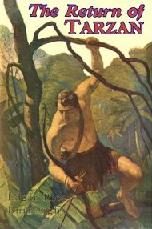 Tarzan comes back in this story, once again the chief of a jungle settlement – but this time it is of the human tribe. After spending his time on different adventures across Europe and America, he returns to where he was brought up, quite by accident. The story ends after a lot of battles and loots with Tarzan marrying his lady love Jane Porter and once again making his way to civilization.

Read it For:
To catch up with the famous jungle hero after we left him trying to win Jane’s heart in book 1.

Don't Read it For:
Perhaps if you had not liked the first book of the series, even though this is one of Edgar Rice Burroughs’ best books.

What makes this book stand out?:
a Brilliant exploration of Tarzan’s grit and with throughout the book and slowly bringing him up to the level of other cult figures in literary history like Superman, Batman or Sinbad. 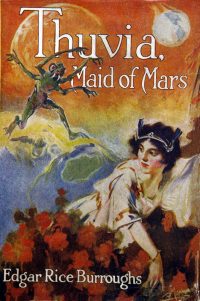 The fourth book of Barsoom series revolves around Carthoris,  son of John Carter and Dejah Thoris and Thuvia. Carthoris is accused of kidnapping the princess, and there are also Lotharians – a highly skilled tribe of Martians who can create a hologram of warriors and can kill through thoughts.

Read it For:
A refreshing change in the primary protagonists from Carter to his son.

Don't Read it For:
Except for a few changes, the otherwise backdrop and style of the story remains more or less same.

What makes this book stand out?:
The changes that were there were revolutionary during that time. Telepathic warriors, autopilot in fliers, hologram images – all these were quite ahead of their times. 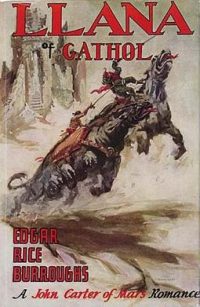 Llana of Gathol is the penultimate book of the Barsoom series and the last one to be published during Burroughs’ lifetime. It is a collection of four planetary fantasy novels about Carter’s granddaughter Llana and the usual sci-fi things that keep happening on Mars.

Read it For:
It has a more humorous tone than the previously published books and a nice way to bring about the end of the series.

Don't Read it For:
As a story itself, it more or less follows the same old line of a damsel in distress and lots of battles with technical gizmos.

What makes this book stand out?:
Being a fine example of self-parody that Burroughs picked up much late in his career.

The Land That Time Forgot 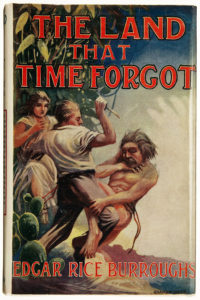 From a real-world story of U-boats and sea-warfare during the Great War, it slowly metamorphoses into a lost-world story with strange creatures and biological specimens and even Neanderthal men.

Read it For:
The novel is the first one of yet another Edgar Rice Burroughs book of trilogies – this time it is on the hidden island of Caspak.

Don't Read it For:
It is a take on the cult classics like Journey to the Centre of the Earth by Jules Verne or The Lost World by Conan Doyle. So if you are a traditionalist in terms of literature, you might not want to take this one up.

What makes this book stand out?:
In spite of the similarities with its predecessors, the book held its own with the fans of lost world genre with wild and strange flora and fauna.

The Warlord of Mars 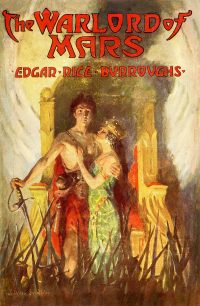 The third book in the Barsoom series tells us whether Carter is able to free his wife Dejah Thoris from the grasp of evil pretentious goddess Issus.

Read it For:
To know what happens after the second books The Gods of Mars ended very abruptly with Dejah’s capture.

Don't Read it For:
If you have not gone through the previous two books.

What makes this book stand out?:
Brilliantly solving the cliff hanger of the previous book and also laying down the path for the next ones.

The Beasts of Tarzan 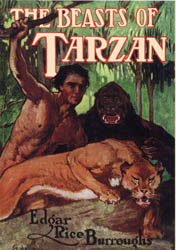 Following up on the previous book, Tarzan and Jane have a son called Jack, and both the child and mother is kidnapped by Tarzan’s previous enemies and kept hostage. The story revolves around how Tarzan uses his primal jungle skills to win the trust and friendship of a panther, apes and a native warrior to save them.

Read it For:
To know how Tarzan’s old skills saved him when he needed it the most

Don't Read it For:
Hardly any reason why you should not.

What makes this book stand out?:
Bringing Tarzan’s warrior skills back to the readers. 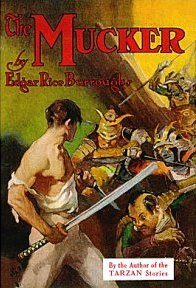 The Mucker is the story of Billy Bryne – a thief and mugger who grew up in Chicago’s ghetto and his deliverance.

Read it For:
Telling a beautiful story about coming out to light from the darkest pits – much told but never old.

Don't Read it For:
If you like to stick to Burroughs’ fantasy fiction genre.

What makes this book stand out?:
A story of Burroughs in a different taste.