Doctor Who is a British science-fiction television programme produced by the BBC. The show follows the Doctor, an alien capable of traveling through space and time, as he travels the universe and gets himself into unbelievable situations with the human and other alien races alike. He explores new worlds in his TARDIS, a time-traveling spaceship that looks like a bright blue police box. There have been twelve Doctors thus far, which each Doctor reincarnating into the next.

The Doctor Who novels, published by Target Publications from the 1970s to the early 1990s, were based off the main series, describing the Doctor’s escapades, both new and old, and were even adapted into audiobooks.

Doctor Who: Touched by an Angel 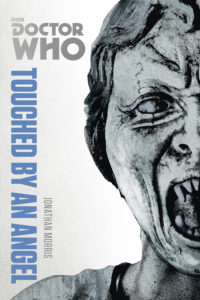 Mark Whitaker is given a once-in-a-lifetime chance to save his wife Rebecca, who had died in a road accident a few years previous. Sent back in time nine years to save his wife, it’s up to the Doctor to make sure that Mark does not alter history forever.

Read it For:
Its intriguing plot and well-written characterization that remains true to the characters of the show. Overall, it makes for an entertaining read.

Don't Read it For:
The book has a rather predictable ending and contains little of the tension that the series is so famous for.

What makes this book stand out?:
The Angels make for believable, compelling villains, and the story of Mark and Rebecca, told in the form of flashbacks, is quite touching.

Doctor Who: Prisoner of the Daleks 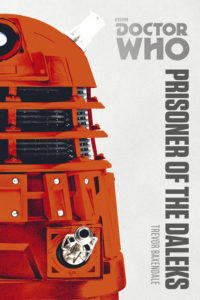 The Doctor, while investigating an abandoned planet, is trapped inside the base’s computer core. He is later freed by a group of bounty hunters, but they are attacked shortly by the Daleks. In the skirmish that follows, the Doctor manages to immobilize and capture a Dalek, following which he tries to pry some information out of it on how to survive the war and save humanity.

Read it For:
The nail-biting and realistic storyline, the brilliant climax, the witty dialogue, and all the thrilling action in between.

Don't Read it For:
The book is darker than one would expect, with profanity mentions, gore in general, and deliberately-written cruel actions of the enemy.

What makes this book stand out?:
The writing is superb, and this is one of the few moments where none of the Doctor’s signature fly-by-the-seat-of-his-pants strategies amounts to anything, which makes for an interesting read.

Doctor Who: Harvest of Time 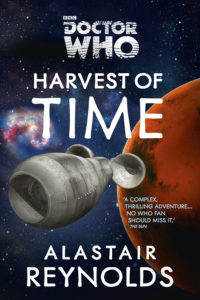 The Silds, a long-thought extinct enemy of the Time Lords, are finally free from imprisonment and are making plans to attack. Meanwhile, UNIT is investigating a series of mysterious time-warps appearing over Earth’s oceans. As all of this unfolds, the strangest thing begins to happen – everyone around the Doctor and Jo is unable to remember UNIT’s most dangerous prisoner: the Master, and the Doctor finds himself in a dilemma…he might have to free the Master to destroy the Silds.

Read it For:
The wonderfully quick pacing of the book, complete with excellent, believable characterization, solid humor, and unexpected plot twists.

Don't Read it For:
The multiple time loops and paradoxes might take a while to get used to.

What makes this book stand out?:
The grudging friendship between the Doctor and The Master is a real treat to read, and the setting works very well, too. 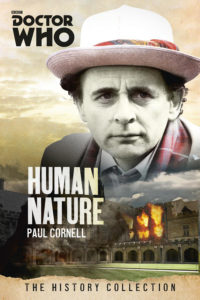 The Doctor takes a break from being himself and poses as John Smith, a History teacher, where he meets Joan, a science teacher who teaches at the same school. Meanwhile, Benny, posing as the Doctor’s niece, must help the Doctor fight off an alien attack.

Read it For:
The clever writing and the wonderfully sweet moments shared by the Doctor and his companion are heartwarming, and even the villains are developed exceptionally well. The action is clean and well-written, and the book is packed with emotion.

Don't Read it For:
Some scenes are a little hard to follow, and the book contains some vivid gore and adult themes. If you’re not used to the casual, lighthearted writing that is characteristic of most Doctor Who stories, this is not for you.

What makes this book stand out?:
The storyline is engaging and original, yet stays true to the TV series. Overall, a read that is well worth it, definitely deserving of its place as one of the best Doctor Who books. 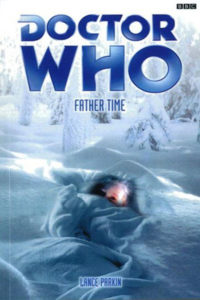 The Doctor, still unaware of who he is and what his abilities are, encounters a young alien girl called Miranda. Living as a human in a farmhouse, with the TARDIS lying unused in the field, the Doctor must save Earth from an alien invasion before it’s too late.

Read it For:
A character-driven plot, the scenes where the Doctor’s frustrations about being unable to remember neither himself nor his past lives are well-written and memorable. Miranda is a lovable character, and the final rescue is thrilling.

Don't Read it For:
The story takes place over a period of ten years: the pacing is quite choppy in some areas.

What makes this book stand out?:
The Doctor is rather endearing as a human and a single father; this book gives fans a chance to see the Doctor in his new avatar as a human, living quite a simple, satisfying life.

Doctor Who: City of Death 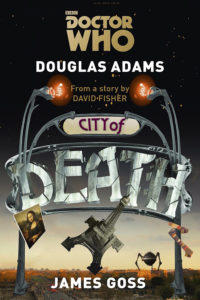 Romana and The Doctor’s holiday in Paris sours quickly when they discover Count Scarlioni’s plan to steal the Mona Lisa. Soon, moreover, they discover that his even scheme is also mysteriously connected to the distortions occurring around the city.

Read it For:
The whimsical writing combined with the sensible motives of the antagonist makes for a compelling read. The Doctor’s goofy side is captured perfectly, and translates well from screen to script.

Don't Read it For:
The story can get quite complicated at times, requiring a few re-reads before it can fully sink in.

What makes this book stand out?:
The book is packed with funny one-liners, wry humor, and laugh-aloud moments that immediately set it apart from other Who novelizations.

Doctor Who: Who Killed Kennedy 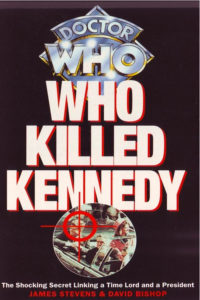 Follow reporter James Stevens, who, obsessed with the story of JFK, pens an investigative work suggesting what might have happened if the President had lived. On the side, he continues to collect evidence about UNIT, planning to expose the organization and its secrets.

Read it For:
Well put together and using continuity brilliantly, the plot is gripping and explores the effect the Doctor’s actions have on the lives of the common man.

Don't Read it For:
The book is hard to follow for fans who haven’t yet delved into the classical era of Doctor Who.

What makes this book stand out?:
The piece is absolutely thrilling and has a dangerous air about it. The main protagonist also develops superbly as the story progresses.

Doctor Who: The Forgotten 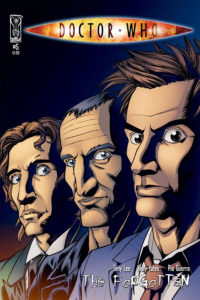 The Doctor chances upon a museum dedicated to his previous lives, but begins to slowly lose his memories. His only hope to regain them again and figure out what’s happening is to use the museum artifacts to jog his fading memory.

Read it For:
The stories surrounding each doctor are rather short and sweet, and brings with them a sense of nostalgia for longtime followers of the series.

Don't Read it For:
The book might be difficult to follow if the reader is not a dedicated fan of the series: the callbacks and references to past Doctors might not be understood.

What makes this book stand out?:
This book melds perfectly action, emotion, and typical Doctor Who madness.

Doctor Who: The Well-Mannered War 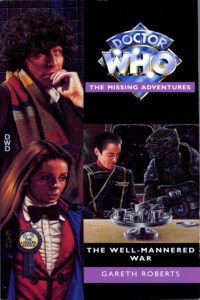 The Doctor and Romana find themselves on Trangus, where war is upon the citizens and chaos reigns the streets.

Read it For:
The action that keeps you on the edge of your seat, the sudden plot twists, and the very surprising enemy make this one of the best Doctor who books of all time.

Don't Read it For:
The humour seems a little forced at times, and the pacing is quite slow at times.

What makes this book stand out?:
The book, while initially giving the reader the impression that it is more of an action novel, is packed with surprising emotion during the final few chapters.

Doctor Who: The Art of Death 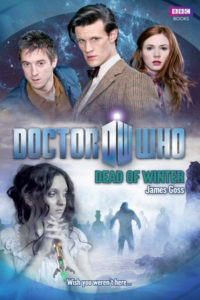 Penelope works at the Horizon Art Gallery, where she is tasked with watching the Paradox chamber. Her job is to make sure people don't stare at it too long and go mad, as many already have, but she meets a strange man called the Doctor, and her life takes quite the turn.

Read it For:
The clever story and the riveting narration makes for a compelling read. The story, though short, is fun to read

Don't Read it For:
The novel is shorter than most and contains a few plot holes

What makes this book stand out?:
The sense of mystery about the monster that attacks, and the well-written characters