Rick Riordan wrote several books before Percy Jackson that never took off. For him, it all changed with a single boy who was supposed to have stolen Zeus’ lightning. Now, the author of several fantastic series – all stemming from that one book Riordan is someone you refer to when you want to know about any mythology in a fun way. Be it Greek, Roman, Egyptian and most recently even Norse, the man has written it all.

Often the last book of a series ruins the entire experience. Such was not the case when it came to Rick Riordan's Last Olympian. The conclusion to the series was an adventure, as from the start till the end it was about the war in New York; that had been coming from the first book.

Read it For:
The Last Olympian was both disturbing and heartwarming at the same time and was the perfect conclusion to the series.

Don't Read it For:
If you are a fan of adult grim-dark fantasy, this book is not for you. It is primarily for young adults and anyone who wants a warm story to remember their childhood days.

What makes this book stand out?:
The Long Description of the battle and the preparation for the battle makes this Riordan's best work till date.

THE HOUSE OF HADES 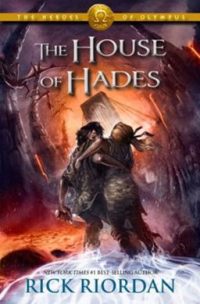 While Percy Jackson and the Olympians series seemed a bit childish, The Heroes of Olympus grew up in this book. Percy and Annabeth are charged with finding their way in and out of the Tarturus and the house of the one God they are not on friendly terms with, Hades.

Read it For:
The Book takes the readers on a more mature journey, and actually, there is a time when it seems like Percy and Annabeth won't succeed in their task.

Don't Read it For:
The story may seem overcomplicated to some. To understand you have to read all the other books in the series as well. That makes eight books you need to read, just to understand this.

What makes this book stand out?:
The outstanding description of Percy and Annabeth help develop their characters in a way that was incomplete before. 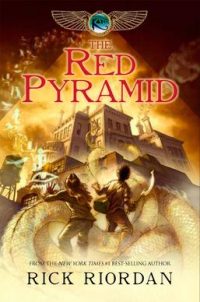 The Egyptian Gods are alive and on Earth right now. In the first installment of the Kane Chronicles, the readers are introduced to Carter and Sadie Kane. The two go through some incredible adventures, as they must work together to help their father free himself from the Oblivion. To do this, they discover truths about themselves they never knew and embark on a long series of adventures with the help of a secret order somehow linked with their family.

Read it For:
A welcome change from his books about Percy, this book brings forth Riordan's knowledge of the Egyptian Gods.

Don't Read it For:
According to many, Riordan's Kane Chronicles don't match up to his other series. I disagree. But in case getting to know a whole new cast of characters is too much, do not delve here too profoundly.

What makes this book stand out?:
This novel showers the Egyptian Gods in a light which has never seen before. 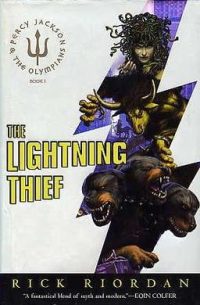 “Lightning Thief” is the book that set everything else in motion. Percy is a troubled young boy who can't seem to get anything right. When he is attacked by his teacher though, his mother decides the time for secrets have passed. She sends him to Camp Half-Blood where he discovers his true heritage and the identity of his father. Also, he must do what he can to prevent a war among the Greek Gods, as Zeus seems to want to kill him for stealing his lightning bolt.

Read it For:
The first book of the series, discovering the world of Camp Half-Blood is always a pleasure as we see it all the first time again through Percy's eyes.

Don't Read it For:
It is for young children, and adults may find it a little kiddish.

What makes this book stand out?:
The exciting and elaborate details of a new world make it a compelling read. 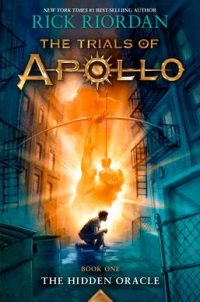 The first book of a new series, The Trials of Apollo, The Hidden Oracle is a story of Apollo being cast down from the Heavens by Zeus. He is in the form of a mortal boy and must find a way to fulfill all the tasks that come before him so that he can become a God again.

Read it For:
If you read the Heroes of Olympus, you have to follow it up with this book, as the book is a most definite continuation of the series.

Don't Read it For:
The last book of the Trials of Apollo series is yet to be released. This means you may have to wait a bit to find out, and I, for one, hate the waiting that comes with long-awaited new books. (Cough WINDS OF WINTER Cough)

What makes this book stand out?:
In a first, Rick Riordan uses God as a protagonist in modern young-adult books. 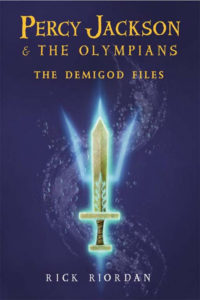 A collection of short stories set between the fourth and fifth book of the Percy Jackson and The Olympians series, this book deals with Percy's adventures in-between those two books with Annabeth. The short stories have stories of a Stolen Chariot, Hades' sword, and a very clumsy but loving Bronze Dragon.

Read it For:
The short stories are perfect if you want to catch up with some more stories of Percy and provide a background for quite a few moments in the later books.

Don't Read it For:
These are not at all critical to the main story and are just for those fans who want a bit of an extra taste.

What makes this book stand out?:
The short stories are lighter and have more fun moments than the usual stories. 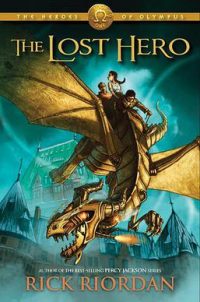 The first book of the Heroes of Olympus series, Riordan shows once again that he is one of the most talented writers to try writing about mythical This story details the exploits of a new protagonist in the form of Jason, and also introduced two more exciting characters in Piper and Leo. The story mainly follows these three characters, although Annabeth and Grover also appear while searching for the mysteriously disappeared Percy.

Read it For:
The book steps out of the comfort zone of the Greek Gods the readers had become familiar with, and there is no security of them liking the Roman Gods in the same way. It is a step out of the usually comfortable kiddish genre, and while still comedic, the stories become darker.

Don't Read it For:
The book naturally upsets the reader when they find that the happily ever after they expected for Annabeth and Percy after the Last Olympian did not happen after all. The read is compelling, and one can't stop when they start it.

What makes this book stand out?:
The novel is a beautiful departure from Riordan's usual style of writing, and for the first time, he used the third person while writing the story.

THE THRONE OF FIRE 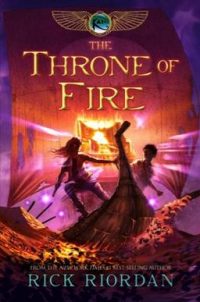 The second book of the Kane Chronicles, the story follows Sadie and Carter Kane, the descendants of the House of Life take on the forces of Chaos. The only way to do this is to revive the Sun God Ra. With the Chaos Snake Apophis rising they must find the three sections of the book of Ra, which is scattered all around the world. Being a hero is never easy, is it?

Read it For:
The Kane Chronicles are short and sweet and never failed to deliver. There is something in the description of the Egyptian Gods, which is pure.

Don't Read it For:
While the book is a thrill ride, it has nothing to do with the broader world of the Greek Gods that Riordan has created.

What makes this book stand out?:
The novel is nothing short of an adventurous ride!

THE SWORD OF SUMMER 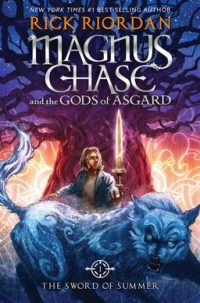 The latest of his never-ending list of series, The Sword of Summer, is from the new series of Magnus Chase and the Sword of Asgard. Magnus comes to know that he is the son of a Norse God. Ever since then his life changes,  he discovers that the Gods of Asgard are preparing for war. Still very young, it is upon poor Magnus to prevent Ragnarok and the destruction of Asgard. The only way he can do this -is to die!

Read it For:
Coming at a time when Thor: Ragnarok hit the big screens, what better time is there to read about Riordan's take on the Norse Gods?

Don't Read it For:
The book is a departure from the familiar world of Percy Jackson and begins an entirely different story.

What makes this book stand out?:
Riordan's take on the Norse Gods is fascinating and put them in a whole new, different light.

BATTLE OF THE LABYRINTH 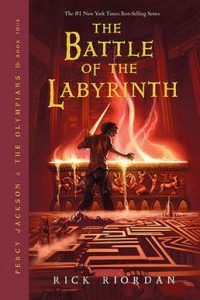 Considered by some to be the darkest book of the Percy Jackson and the Olympians series, Battle of the Labyrinth has many aspects to it. Percy is just not allowed to be at any school no matter how much he tries. This time he is attacked by Demon Cheerleaders. The war between the Olympians and the Titan Kronos is drawing near in this installment. This is Percy's opportunity to put a stop to the war before it begins. Pan also has a part to play in this mysterious story.

Read it For:
Thrilling. The book does not slow down for a second. Dark metaphors and connotations about real life, enough said!