All in all, there are total 1918 plane crashes and numerous fatalities due to that. There are some well-written books penned down by various authors blending fiction with real-life anecdotes of a plane crash. The best among them are listed below. The whole synopsis, what to read and what are the reasons why you should avoid a particular book is discussed below. 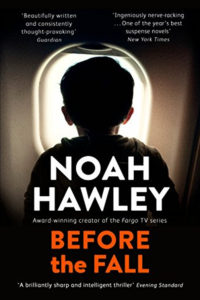 Written by Noah Hawley, this book is the story of the afterlife of the survivors of the plane crash. On a misty summer nigh eleven people boarded a private jet - ten privileged and a painter from Martha’s Vineyard. The plane was to head New York, but just after sixteen minutes an unforeseen incident happened, and the plane plunged in the ocean taking the life of 9 privileged, and the only survivors are now a 4-year-old son of immensely wealthy parents and a painter. Was it a planned ambush? Or was it just a coincidence that so many powerful people vanished at a time? To reveal the success read the book.

Read it For:
If you are a suspense, crime and thriller admirer, this book is no more than a treat for you. You will get surprised and will attach to the book after you have finished.

Don't Read it For:
Elongated description given by the author.

What makes this book stand out?:
It is a well-written book giving lessons of life, art, money, media and a failed air travel.

Alive: The story of the Andes survivors 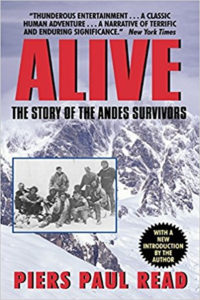 On Friday, October 17, 1942, a commercial plane crashed into the Andes mountains which consisted of 45 in-flight passengers. Out of 45, only 16 survived in the extreme temperature of Andes mountains.  After a rigorous search by the rescue team for several days, they were forced to stop looking for the survivors. Little did they know, the survivors were fighting hard between life and death on the sub-zero temperature of Andes. They were dependent on the rations found from the wreckage of the crashed plane. Rations didn’t long last, and they were forced to eat the dead bodies which were preserved due to the cold temperature of mountains.

Read it For:
All the words written in the book are matter-of-fact. The author personally interviewed the survivors and their families.

Don't Read it For:
This book will totally scandalize you by the hardships faced by the survivors narrated by the author.

What makes this book stand out?:
The facts and real-life incidents are not at all fictionalized. 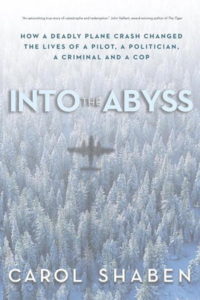 The plane crash in this book killed 6 out of 9 people wich were being carried by Piper Navajo plane. Four survived – Pilot, politician, cop and a criminal. Despite bad weather, the pilot was forced to fly which resulted in the accident. This book is a graceful example of sympathy, how a single incident can help in transformation.

Read it For:
How an extremely bad condition can turn a person’s perception towards the life.

Don't Read it For:
It becomes boring as the author has a tone of repetition in the book.

What makes this book stand out?:
The author’s father was one of the survivors. This is the real story. 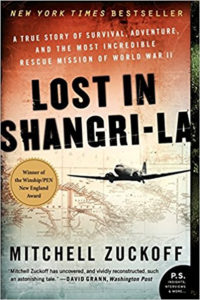 Lost I Shangri-La recounts the real-life incident adventure of 24 officers and enlisted men and women who boarded a commercial plane to explore a lost island of Shangri-La. But this adventure turned into a page of the miserable event after the plane came crashing down midst in the jungle. Miraculously, three of them survived.

Read it For:
This book depicted true-life incidents of rescue mission during world war 2

Don't Read it For:
The book becomes somewhat disconnected and boring after a certain point.

What makes this book stand out?:
Real life photographs and incidents narrated by the author. 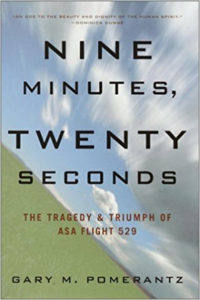 This book narrates the plane crash in nine minutes and twenty-one seconds. Even after a heroic attempt of the pilot to keep the plane aloft, eventually, it skidded in the hayfield, tearing its fuselage into two parts and ignited the spilled fuel. This is yet another real-life story of Atlantic Southeast Airlines.

Read it For:
Gary Pomerantz uncanny ability to maintain the rawness of this destructive events.

Don't Read it For:
As this is very well-researched and organized book, there is no regret in reading it.

What makes this book stand out?:
A well-researched and calculated aftermath description. 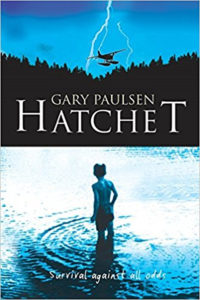 It is the story of Brian Robensen who tries to land a crashing plane after its pilot was attacked with a massive heart attack. He failed in his attempt and crashed the plane in the lake of an unknown dark and dense jungle. During his survival days, he managed to live with the help of hatchet – a gift given by his mother before the plane took off.

Read it For:
amazing tactics and techniques for solo survival narrated by the author.

Don't Read it For:
This book is slightly unsettling wit many people’s mindset as it manifested many unreal things.

What makes this book stand out?:
It surely justifies the character’s attitude, survival of the fittest. 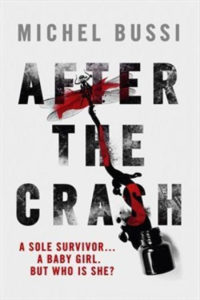 22nd December 1980. 168 out of 169 in-flight passengers died in the plane crash on the France-swiss border. The sole survivor was a three-month-old baby. Two families – one rich and another poor step forward claiming the baby girl. How this dramatic event unfolds and whose child was that baby is hidden in the book.

Read it For:
excellent story-telling, amazing twists, and turns, and unimaginable characters.

Don't Read it For:
This book proved how such a good idea could be wasted by implying some other writer’s forte.

What makes this book stand out?:
It is not a literary masterpiece but a definite page-turner.

In the unlikely event 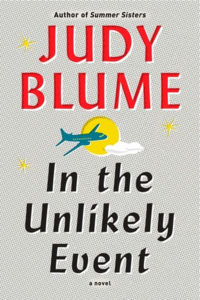 The plot set is back in 1950 when America was grappling with Korean war. During that time the plane crashed incidents in one’s backyard was a normal thing. This book is based on that type of three plane crash in the hometown of Mirri Ammerman’s hometown.

Read it For:
at least New York's #1 best-selling author’s imperative yet mesmerizing work.

Don't Read it For:
the reader has to invest a considerable amount of time for building a connection with this book.

What makes this book stand out?:
Another piece of marvel by Judy Blume in which she mixed fiction with facts. 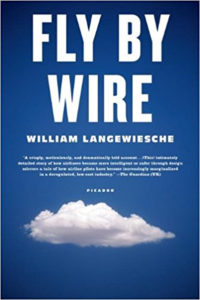 On January 15, 2009, when the Airbus A320 took off from LaGuardia airport of New York, a group of geese collided with its wing destroying both of its engines. The pilot was successful in landing the aircraft in Hudson River saving the lives of may passengers.

Read it For:
The American journalist takes us to the world of testing laboratories where engineers test the machines for bird hitting incidents to the fascinating world of aviation.

Don't Read it For:
It is a lazy book talking about an inspiring subject.

What makes this book stand out?:
It’s incredible and intricate narration of the events with history and origin.

Miracle in the Andes 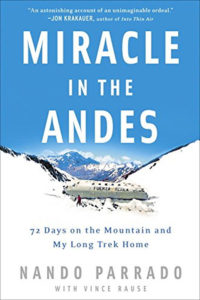 Read it For:
All the words written in the book are matter-of-fact.

Don't Read it For:
This book will totally scandalize you by the hardships faced by the survivors of Andes incident

What makes this book stand out?:
The facts and real-life incidents are not at all fictionalized.