Hermann Karl Hesse was a German poet, writer, philosopher and artist who devoted his life towards writing literary works of spiritual exploratory nature. One’s spiritual connection with oneself and the search for meaning in origin and existence is the core idea behind most Hermann Hesse popular novels. Best known for his work Siddhartha, Hermann Hesse received the Nobel Prize in Literature in 1946. 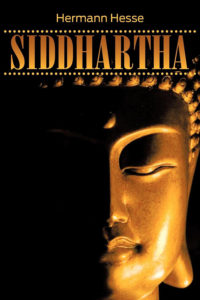 Hermann Hesse’s best book and magnum opus, Siddhartha, is based on the life of a young man of the same name during the time of Gautama Buddha who seeks for the purpose of life. He and his friend Govinda are blessed with Buddha’s teaching, but the two friends go separate ways as Govinda decided to follow Buddhism but Siddhartha thought that for every person there is his or her unique spirituality waiting to be awakened that cannot be done by any teacher.

Read it For:
The opinion it offers about accepting one’s individuality and embracing it.

Don't Read it For:
Being a spiritual book, it might just get preachy at times.

What makes this book stand out?:
Offering a simple, alternate idea to an otherwise complex subject of religion and spirituality. 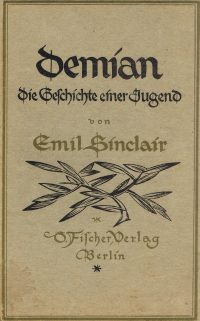 A bildungsroman originally published under the name Emil Sinclair and later revealed as a work by Hermann Hesse, it explores the formative years of Emil who is torn between the two existing worlds – one that is all elusive and showy and the other which holds the true meaning and inner-spirituality. He is helped in his search by classmate Max Demian who is like a prophet for him in this book.

Read it For:
Hermann Hesse books are mostly about the cultural and spiritual concepts of Indian philosophies because of his parents working here as missionaries and this one is no exception.

Don't Read it For:
The books show the day-to-day lives we live in a light of disregard, and for many, that concept might not be a very accepting idea.

What makes this book stand out?:
Showing almost perfectly the psychological conflicts in a young man’s growing mind during a time when it wasn’t given much of thought. 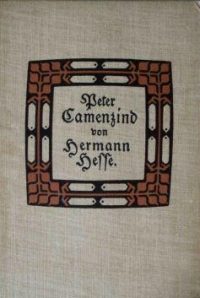 Herman Hesse’s first novel is more like a glimpse into what his major works in future would be like. Peter Camenzind, like most of his other protagonists, is searching for his spiritual and physical identity in this huge universe and experiences changing emotions in a spectrum as extensive as his traveling path through Europe.

Read it For:
It is one of the purest bildungsroman out there.

Don't Read it For:
Since his major works follow the same sort of genre in the next books, there is no harm in skipping it either.

What makes this book stand out?:
Interconnecting reality and spirituality in an expert weave of fiction. 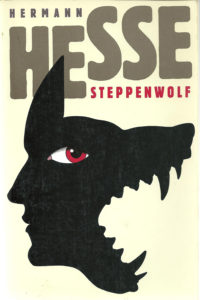 Yet another Hermann Hesse bestseller, Steppenwolf is a semi-autobiographical and analytical tale of a man’s desire of belonging to the material world and his need of a lone-wolf like isolation from the larger society.

Read it For:
It is a brilliant and intricate story of any grown person’s dilemma in a ‘to be or not to be’ manner.

Don't Read it For:
The story has darker undertones that playa around with the concepts of depression and suicidal tendencies.

What makes this book stand out?:
Creating an inner world within the protagonist Harry’s mind despite all the social aspects surrounding to engulf him.

The Fairy Tales of Hermann Hesse 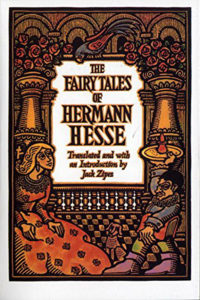 Though it is named a fairy tale, it is not exactly a children’s bedtime book. The 22 tales of this book play around with the same old dilemma that probably haunted Hesse throughout his life and through princesses and poets and beautiful imaginary cities, he once again paints the same picture of restlessness of the soul and spiritual longing.

Read it For:
Having a taste of Hesse’s trademark theme but in a more creative and surreal manner.

Don't Read it For:
For hard-core philosophers of the faith, incorporation of fairy tales might seem childish.

What makes this book stand out?:
Being able to depict the very real human struggles lyrically. 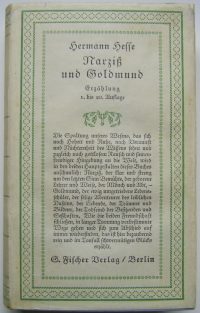 Goldmund is a young man with Narcissus as his spiritual friend and guide, but a chance encounter makes him realize that traditional religion may not be the only path towards spiritual awakening, but seeking within oneself and artistic exploration can be the pathways too.

Read it For:
The very reason the Hermann Hesse book was written – to tell the world to embrace its true creative self to be closer to what they call salvation.

Don't Read it For:
Some of the concepts and conversations are too unrealistic to have taken place back during the 1930s.

What makes this book stand out?:
A reflection on the blurry line between what is right and wrong in light of one’s basic desires and spiritual wishes. 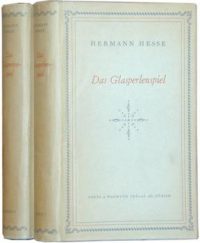 The book takes place in an imaginary state called Castalia in Europe centuries ahead in the future where every other aspect of social life is kept to a bare minimum, and the importance of the glass bead game is above all. To play the game, one needs years of wisdom and experience in arts, science, and life in itself.

Read it For:
Hesse’s brilliant use of allegory to depict spiritual elevation in the form of a hierarchy in a secret and complex game.

Don't Read it For:
Its surrealism might be too much for those looking for true philosophical themes.

What makes this book stand out?:
Being a futuristic tale from someone who deals a lot with historical culture. 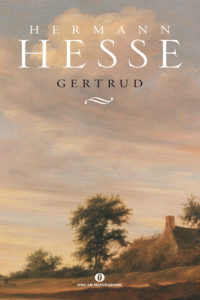 Gertrude is a memoir style narrative of famous composer Kuhn who is attracted to Gertrude, but she chooses and marries Heinrich Muoth – but their relationship is an absolute mess as they were two people with pole apart characteristic traits.

Read it For:
An exquisite take on Nietzsche’s Apollonian and Dionysian philosophies – where Gertrude is prudent, and Muoth is chaos, and their co-relation is the core of the story.

Don't Read it For:
In case you don’t like fictional take on such philosophical theories by legends like Nietzsche.

What makes this book stand out?:
To properly reflect on the old belief that chaos and rationalism are co-dependant rather than being rivals.

If The War Goes On 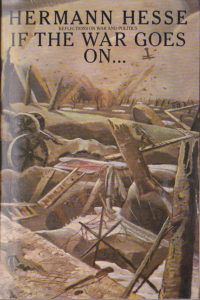 Hesse’s non-fictional collection of essays on the effects and consequences of the many wars that scarred the world between 1914 and 1948, with the two World Wars at its core.

Read it For:
A straightforward yet poetic narration of the war without any bias

Don't Read it For:
If you are too much tilted towards fiction, this might seem dry.

What makes this book stand out?:
Being critical of the German war efforts during the times it was not safe too.

Journey to the East 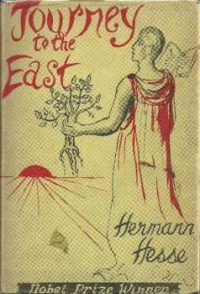 Hesse brings together some famous real figures and some fictional spiritual ones from his books like Goldmund and Vasudeva who are part of a group called The League and journey to the east in search of real truth, traveling across time and geography – both real and fictional.

Read it For:
The culmination of Hesse’s imagination and the real world people.

Don't Read it For:
No particular reason, unless the genre doesn’t appeal to you.

What makes this book stand out?:
Setting up a level of surreal imagination almost unthinkable in that era.