The Madman of Benghazi 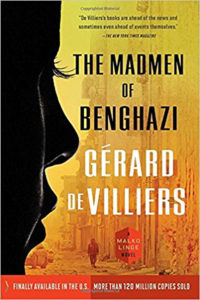 Some madmen are trying to kill the Libyan prince for their own purposes, but CIA has got them too. After Gaddafi is overthrown, the prince is CIA’s bet to use as the nation’s icon and spokesperson. CIA sends Austrian Malko Linge to follow him down to Cairo and get information from his companion – a beautiful British model. But now the madmen are after his life as well

Read it For:
A thriller tale of lies and games against the backdrop of one of the most terrible phases of the middle-east – which never seems to run out of such incidents.

Don't Read it For:
The writing is too simplistic in places and has unnecessary sex scenes.

What makes this book stand out?:
The first book to be translated to English, this Gerard de Villiers popular book introduces to the English-speaking readers the Austrian aristocrat-turned-playboy-turned-spy Malko Linge who volunteers and does freelance work for the CIA. 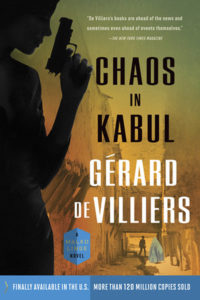 Back to the middle-east, this time Malko is assigned a very dangerous task in the wake of Taliban supremacy in Afghanistan which will ensure the stability of the region. But Malko does not know whom to trust and before he can find out, he is kidnapped and nearly killed.

Read it For:
French literature’s answer to James Bond is a detailed and well-planned novel as it shows that the author knows what he is talking about.

Don't Read it For:
As much well-planned as it is, it is not very well-executed. Also, if you are uncomfortable with really graphic violence, eroticism, and child abuse, don’t try this one.

What makes this book stand out?:
Nevertheless, it is a gripping tale that plays with some very dangerous ideas as its plot that almost borders along unbelievable.

Revenge of the Kremlin 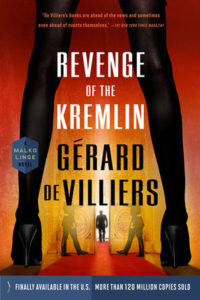 When a Russian oligarch is found dead in an English country, the MI5 is obviously to investigate until the Prime Minister makes it stop in fear of endangering peace with the Russians. Having Cold War déjà vu, CIA decides to step in, and they send Malko Linge to go and investigate the mysterious death.

Read it For:
The crime drama gets big scale now as important names like the Russian president and the British Prime Minister gets involved in the mess.

Don't Read it For:
The book lacks in the department of thrills and twists which is a necessary thing in such books.

What makes this book stand out?:
Unmistakable references to the complex world of secrets and spies during the cold war times in this Gerard de Villiers book.

Lord of the Swallows 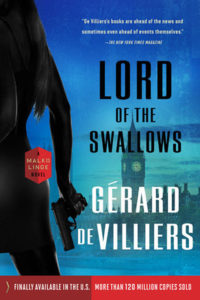 Malko meets a beautiful woman at a benefit dinner at Monaco who wants him to kill her husband’s mistress in exchange for information about the racket of Russian spies her husband runs in American circles. Malko hesitates to kill someone in cold blood, especially a beautiful woman going against his playboy traits, but this is a very ludicrous offer and difficult to turn down.

Read it For:
Malko’s imminent dilemma between two necessary evils – as he cannot choose which will be the greater crime to commit.

Don't Read it For:
The novel, as a spy-based one, is sometimes too linear in its narrative.

What makes this book stand out?:
The intriguing web spun by dangerous assassins and jealous lovers. 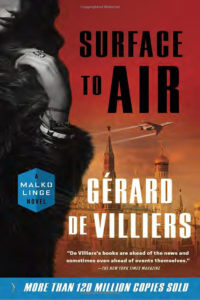 In New Jersey, a Sikh mourns the death of his family back in Pakistan due to US airstrike and in a fit of rage decides to take on the American government by striking down the Air Force One – the air home of the American President. Concerned with this would be a terrorist who gets in touch with a contact to get the surface to air missiles from Russia, CIA sends in Malko to fix the situation.

Read it For:
The higher stakes as the president’s life is in danger this time.

Don't Read it For:
To think of it, the plot is quite an unrealistic one – even for an espionage fiction.

What makes this book stand out?:
The unpredictability in certain parts – which were a nice change from the writer’s otherwise linear writing style. 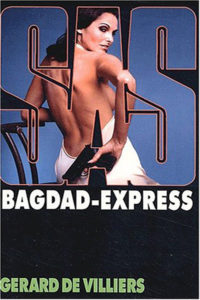 In a tough game of politics between the CIA and the Israeli Mossad, this book revolves around the question of possession of nuclear weapons. Based during Saddam’s era, CIA is trying here to infiltrate into his regime and make sure no weapons of mass destruction have reached this madman’s hands.

Read it For:
The sheer vulnerability of world politics the novel forays into.

Don't Read it For:
As expected, the lead protagonist Malko Linge has a lot of sexual encounters and that is something not always welcome in a novel that deals with such serious an issue.

What makes this book stand out?:
Raising a scary question of ‘what if’ which keeps troubling us even after that era is long gone – because people like Saddam have not disappeared.