Geneva is one of the world’s primary centers for diplomacy, previously having held the headquarters of the United Nations and World Health Organization. It is a city situated in Switzerland, flanked by Alpine peaks and breathtaking hilly terrains along with the Lake Geneva.

We present you a list of fiction books set in Geneva which will surely give you a feeling of experiencing the city with all its feels. The beautiful shores of Geneva have been a great attraction for tourists for many years. 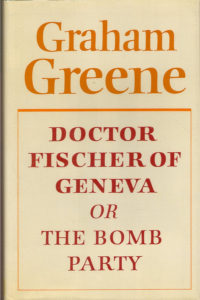 The story revolves around two main characters- Dr Fisher himself and Jones, who goes from a casual bystander in Fisher’s extravagant parties to someone that changes Dr Fisher’s view of life. It is a highly philosophical book, speaking about the rich and to what extent their greed can take them. There are many moral interpretations from this book which any bookworm would like, given the sensibly structured writing and a thought-provoking plot.

Read it For:
It is a must-read. Readers who like romance or gut-wrenching emotional novels will surely appreciate this book.

Don't Read it For:
It might be a little slow for a few readers. Also, people who do not like romance novels shouldn’t go ahead.

What makes this book stand out?:
A simple story built on such a psychological backdrop makes it one of the best fiction books set in Geneva. 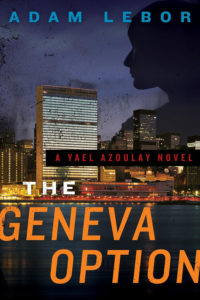 Yael Azoulay is a pawn of the United Nations, doing their bidding in all things related to politics and business. She goes around the world, from slums and caves to boardrooms, only to break with it all when a really suspicious death occurs in the Manhattan headquarters of UN. The cover-up of this case leads Yael to lose faith in her organization and turn rebel once and for all. The writing style is unique, and the plot is written brilliantly.

Read it For:
Whether you like this book or not depends on how you like your characters and your endings. If you like powerful writing laced with strong characters and a defining plot, then this one is surely for you

Don't Read it For:
It might be a little too dramatic or overboard for some fiction lovers

What makes this book stand out?:
Its simplistic writing and the brilliant plot at its centre. 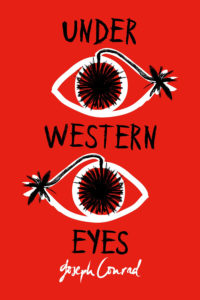 The book revolves around its primary character Razumov, who unwittingly becomes part of a series of conspiracies when he takes a fellow student who killed a public official in. He sets off dramatic developments which lead him through Russia to Geneva on a mission by the authorities, who delegate him to spy on a revolutionary’s sister and mother.

Read it For:
The story is well-written, and the character description is bold and hits the mark.

Don't Read it For:
This book is not for those readers who are looking for passive stories.

What makes this book stand out?:
The book is appreciably written with well-structured sentences and remarkable prose 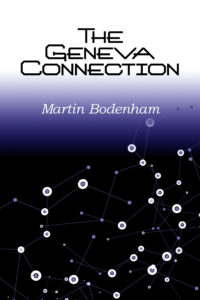 John Kent is an investor is a brilliant investor, who hits gold with his private equity firm. Just when he thinks that all is well and he can settle down with his family, all hell freezes over. He finds out one of his partners is funded by an illegal drug gang, who kill people to hide their secret identity. Stuck between the police who want information and a drug cartel threatening to take his life, Bodenham weaves a thrilling novel written quite well

Read it For:
Beautiful character descriptions, intricate plot design and a vivid storyline that puts you through all kinds of emotions.

Don't Read it For:
Overtly descriptive characters or a powerful plotline.

What makes this book stand out?:
It is one of the most popular fiction books set in Geneva that will please the reader with every twist and turn of the plot. 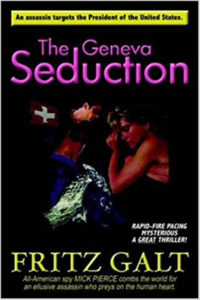 Mick Pierce faces a whirlwind of events at once- he is abducted by some unknown industrialists, there is a set-on-the-loose assassin who wants to kill the President of the United States and he finds this guy in bed with his wife. Now if Mick wants to save the President and his own marriage, he needs to travel the world from Geneva to Africa to where not. The writing is characteristic of fast-paced crime fiction thrillers and leaves us on the edge of the seat with each passing chapter.

Read it For:
A brilliant plot is woven around a good primary character to make us feel it is a mystery novel.

Don't Read it For:
Fans of traditional writing style might find it a little disappointing

What makes this book stand out?:
Its story, which is topnotch in all essence. This is pure fiction writing, where the story is weaved to please the reader and all his senses. 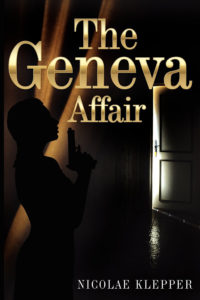 Dan Stevens gets a promotion to handle the European operations of a multinational company and is sent to Geneva. Due to his recent divorce, he sees this as a new chance and accepts. There he meets Michelle Sardou, who throws him off balance with the ultimate seduction. Things turn when she disappears under mysterious circumstances, and he sets off on search, from when he unravels horrifying secrets and stupefying surprises. The plot is remarkably weaved, and it is a darn good read.

Read it For:
The story is weaved brilliantly, and it leaves you on the edge of your chair with every word.

Don't Read it For:
If you are expecting a standard thriller fiction, then this book is not for you. There are a few inappropriate scenes which all readers may not like.

What makes this book stand out?:
Its simple yet brilliant plot, the way the narration takes place and the character picturisation. 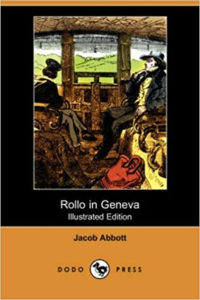 Jacob Abbott writes about a boy representative, Rollo and his many associates in his book series named after Rollo. The books consist of various stories of the primary characters in different settings, like Rollo at Work, Rollo at Play, etc. One such book is this, which speaks about Rollo and his experience of Geneva, Switzerland.

Read it For:
A well-written story and one of the best fiction books set in Geneva

What makes this book stand out?:
The story is expansive and is written craftily. 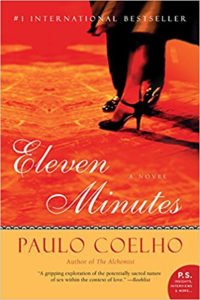 Maria is a young girl when she deals with the woes of heartbreak caused by love failures, and moves from her Brazilian village to a brothel in Geneva. She learns the karmic art of making love from a close friend, and becomes a superb prostitute, connecting both sexually and emotionally with her customers. Things change when she meets Ralf, a young painter, who changes her views on sex and love. This is a beautifully insightful story about the desires of man.

Read it For:
The beautiful characters weaved with their creative tales makes it a must-read for bookworms.

Don't Read it For:
If you do not believe in fate, luck, chance or alternate world ideas, then this book is not for you. 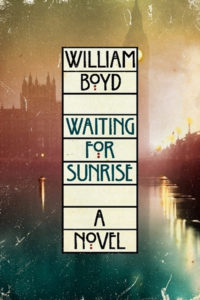 This book revolves around our main character Lysander Rief, moving from Vienna to London to Geneva and back to London. It starts with simple trips to his psychiatrist, where he meets Hettie Bull and starts a passionate affair. From wars to love to politics, Rief finds himself in the middle of a shady world of betrayal and secrets. The writing is extremely skilful and is a delight for all book readers.

Don't Read it For:
It is a little long for some readers.

What makes this book stand out?:
The writing style is unique, but the story wins all the prizes 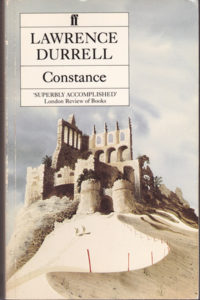 This book is a part of a series of five books. The previous book Livia portrays the budding relationship between Constance and her husband, Sam. This is where our book begins, right before Sam becomes a soldier and dies tragically due to friendly fire at a party. This is one of the most popular fiction books set in Geneva. Later, Constance moves to Geneva, and the story continues from there.

Read it For:
It is a well-written descriptive novel which makes you mull over the psychological phases every character goes through.

What makes this book stand out?:
Its impressive storyline and a plot that will make you feel good and satisfied.