Shanghai is the most populous city in the world. Shanghai is located on the central coast of China and if you see Shanghai is the biggest city and a global financial hub. As most of the corporates of China are located in Shanghai and this city the highest revenue generating city of China. This city has the biggest water port. If you refer, ancient period Shanghai area belonged to the kingdom of Wu. Various authors wrote novels and fiction stories on Shanghai city and about China. Shanghai is described as the showpiece of China’s economy and In Asia-pacific region became the primary financial hub. 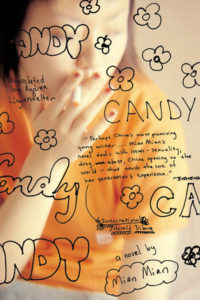 This book was originally written in Chinese. This book tells the semi-autobiographical tale of two heroin-addicted and disillusioned teenagers. Usage of drugs etc. The author does not want to glamorize drug use. Instead, she faces many difficulties. This book was banned in China.

Read it For:
Story of teenagers who addicted to drug use at school times and drop out school for these type of activities and her love for the musician.

Don't Read it For:
Storyline is with drugs and other social purpose things which create ambiguity.

What makes this book stand out?:
As this book shows social issues and other good things for the bitterness of the country, but people don’t adopt this. 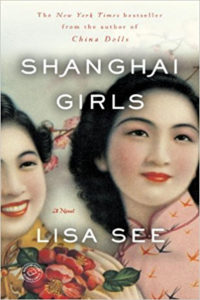 This book is a collection of fiction stories portraying Shanghai Girls. As Shanghai Girls follows the fictional lives of sisters Pearl and May throughout the early-to-mid-20th century. After starting in war-torn Shanghai, the girls Immigrated to America, where they must be adjusting to life as a wife in arranged marriages.

Read it For:
In this, you will curious know the bond of the relation between two siblings and the complicated relationship exists between the siblings.

Don't Read it For:
Story completely based on the relationship between two siblings.

What makes this book stand out?:
Showing how the relationship developed between siblings and complicity present between the siblings. Where one exactly knows where to drive knife to hurt the most.

And the City Swallowed Them 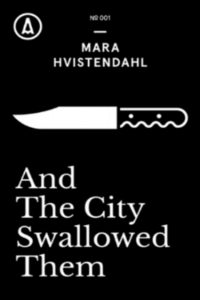 This hugely influential book told the story of murder. Book named “And the City swallowed them “this book is a true crime account of the murder of Canadian model Diana O’Brien. Credible information is hard to find for O’Brien and his family as they seek answers from shady police investigators and suspicious Chinese modelling agents. Only Twelve days have passed after arriving in Shanghai, O’Brien was found stabbed to death in a city stairwell.

Read it For:
To know the story of the model which was stabbed to death in Shanghai as she was a guest for Shanghai.

Don't Read it For:
Showing Shanghai killers brutal-ness and their legacy to find out the murderer seems of no use.

What makes this book stand out?:
For a Canadian model step by Chinese author or telling her story to everyone.

Empire of the Sun 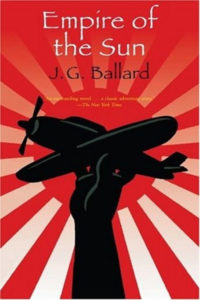 This book is considered as must part of reading. As without “Empire of the sun” no list of Shanghai literature is complete. Author Ballard’s semi-autobiographical novel of life for a young, British boy in Shanghai’s international settlement during world war two provides a unique perspective of a war that many people in the country think that they already knew it.

Read it For:
Life of outsider in Shanghai and his living experience after the settlement of world war.

Don't Read it For:
Storyline doesn’t much fictional to read which lead to the story of less interesting mode.

What makes this book stand out?:
British boy settlement during world war two settlement and uniqueness to stay there makes it a must read. 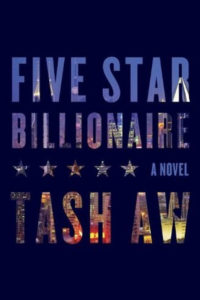 This book is consists of four characters which comes to the city to become a billionaire. Four people’s lives collide in the city of Shanghai when they get involved with Walter Chao, a billionaire with secrets and schemes up his sleeve. Each a character comes to the city seeking something from it like a promised job, business success, pop star fame, real-estate fortune.

Read it For:
To know the lives of dedicated to person’s to achieve something best in their lives.

Don't Read it For:
the whole story revolves around becoming a billionaire and a famous personality.

What makes this book stand out?:
As the city is an influx of characters and showing how Five Star Billionaire captures the vibrancy of China’s shining poster child in today’s modernism.

Unsavoury Elements: Stories of Foreigners on the Loose in China 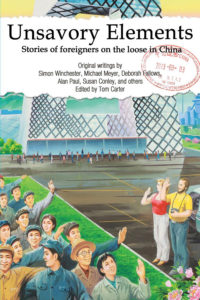 This book is a collection of true stories which are from some of the most celebrated and award-winning foreign writers who are a part and lived in modern China. This book represents an outsider story in China and his wealth creation story.

Read it For:
To know the bleak future and success of outsiders in Shanghai and their storyline.

Don't Read it For:
Story mainly focus on outsiders who came to China and create wealth. The story has not so much material from China perspective.

What makes this book stand out?:
Focussing on lives of outsiders in the state of China seems to be an interesting event 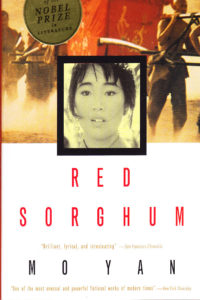 This book has been considered as one of the important works of the author. This is adapted for film and author’s most commercially successful. Set up small village during the bloody second Sino-Japanese war. This book is a dark book which pervades every scene like the corpse-eating wild dogs

Read it For:
Ancient time’s province and generation of family history in battling warlords.

Don't Read it For:
Tales that describe the best part of the cities.

What makes this book stand out?:
Hardships of persons during ancient times and warlord’s in China, their survival stories and blooded estuaries. 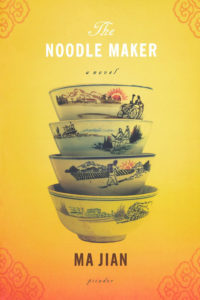 This book is a collection of fiction stories from the author which comes under the list of China's best known banned artists. After seeing students protest, he writes “The Noodle Maker”, shows a dark political satire that captures the feeling of society in the aftermath of events in Tiananmen Square.

Read it For:
To know the struggles persons and their hardships during the protest period and his love towards the country

Don't Read it For:
Story mainly focuses on the political part of the country not so much belonged to another part.

What makes this book stand out?:
Focusing on actions of people in the country and raise their voice through different means and writing on issues of people. 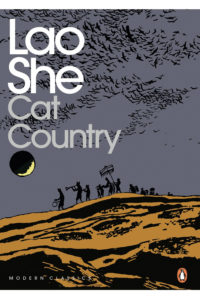 This is the most prophetic novel and from one of Beijing’s greatest satirists. Through his novel, he shoes the dystopian fantasy world of the cat people. As this book is considered in China’s important work in Science fiction

Read it For:
To know the cat people fantasy world like living on Mars and practice everybody shareskyism.

Don't Read it For:
Novel relates to fiction stories of science and only satirists stories of that time.

What makes this book stand out?:
Depiction of cat people in cat country makes it an interesting fiction story to be read. Author has also a museum in China. Showing cat people fantasy world through his novel.