Eiichiro Oda is a famous manga artist having won acclaim worldwide for his work ‘One Piece,’ he is in no mood to give his work a break. To avoid the struggle of a job, Eiichiro Oda at the age of four decided to become a manga artist.

At the age of 17, Oda came out with his first work ‘Wanted’ that became a sensation. It won several awards and was ranked second in the prestigious Tezuka Awards. He worked as an assistant to ShinobuKaitani, Masaya Tokihiru, and Nibohiru Watsuki in works like Suizan Police Gang, Jungle King Tai Chan and Rurouni Kenshin.

Besides assisting, Oda worked independently and brought forward the one-shot series named ‘Romance Dawn.’ His record-breaking work is undoubted ‘One Piece’ that began in 1997 and is still active in the Weekly Shōnen Jump. 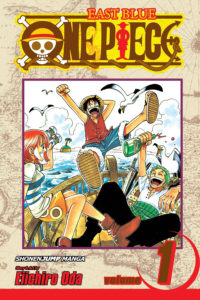 This is the first manga of the series that came to make a stir. The story is an adventure of the child Monkey D.Luffy who desires to become a Pirate or Pirate King one Day.Story takes a turn when the kid eats the GomuGomu fruit much known as the Devil Fruit.

Read it For:
If you want to know how the story actually beagn , what led the little one to such desires and adventures then this manga is your answer.

Don't Read it For:
If you are not a comic lover

What makes this book stand out?:
Undoubtedly the credit goes to the artist for creating the character and then giving life to it. 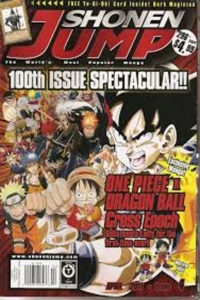 A wonderful cross of the finest artistry of Akira Toriyama and marvellous story telling EiichiroOda that came to world in 2006.

Read it For:
If you love Dragon Ball and Monkey D.Fluffy what better than having them together at one place.

Don't Read it For:
Comics aren’t enjoyable to philosophical ones.

What makes this book stand out?:
When two genius minds come together they deliver The best. This is what you will find in thisedition of the manga. 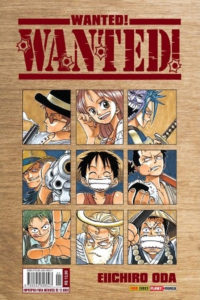 This is the first work of EiichiroOda  published in One shot Series in the year 1992.The story has three characters Gill Bastar ,Wild Joe, and Sino Phoenix.Gill kills people in order to protect himself.Wild Joe the hunter searches for Gill but is killed in the event .What haunts Gill Bastar is the ghost of Wild Joe .Joe enters the body of Sino Phoenix wants to take revenge.But in this event Sino too gets killed.The story is again an incomplete one with Joe telling Bastar that he will return may be after 100 years.

Read it For:
The adventure spirit of falling into one killing and then another

Don't Read it For:
If you don’t like reading about murders and killings this is not your cup of tea.

What makes this book stand out?:
The artist in his first work has come up with such a story line giving us a hint of his further works.

One Piece Volume 2:Buggy the Clown 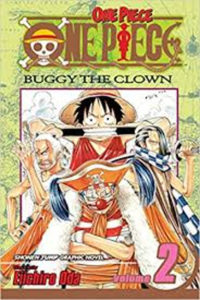 The Pirate of the Ship Eiichiro Oda will never let the ship sink.The new volumes adding up to the story speaks of the great and genius mind of the artist.As soon as Monkey D. Luffy feels he is about to get the one piece he finds himself trapped into another.The crew of the pirate has a long way to go and another war to fight.They have another new set of enemies that prohibit them from moving forwards.

Read it For:
The suspense Eiichiro Oda keeps alive throughout the manga.

Don't Read it For:
If you want your story to finish with the book ,then these series are not for you.

What makes this book stand out?:
The emotional bond it makes with the reader so that you keep on wondering where will Luffy stand next. 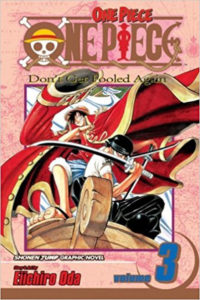 Monkey D.Fluffy has new lessons to learn from his mistakes.Every time he makes one new attempt he fails and learns from it.

Read it For:
Love the feeling of suspense and thriller, go ahead grab a copy.

Don't Read it For:
The one searching for answers of the real world.This is a fiction lover series.

What makes this book stand out?:
The ability of Eiichira Oda to deliver one master piece after another. 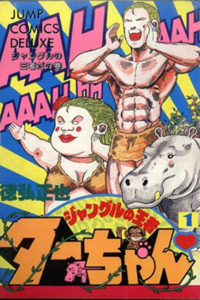 EiichiraOda assisted Masaya Tokuhiro in this work and was published in the series from 1992-1995.This manga opens the story of Ta Chan who is the king of the jungle. He is brought up by a chimpanzee. He was abandoned in the Savanna.He has adear wife Jane. Hisherioism is depicted by protecting the animals of the jungle from the poachers. The first two or three chapters are a comedy and the seriousness follows.

Read it For:
Light entertainment.

Don't Read it For:
Don’t go seeking the truth. Its after all a fiction world.

What makes this book stand out?:
The humor it has tried to build up in the initial stages followed by a powerful message.