Erika Mitchell is popularly known by her pen name E. L. James and is famous for her erotic romance novels. She has a world record of fastest selling paperback of all times. One of her best-known works is the Fifty Shades of Grey trilogy which has the world record for maximum sales in the United States. E. L. James is on the Hollywood’s list of most powerful writers. E. L. James books are known for the perfect blend of central love story and an emotionally satisfying optimistic ending. One of the best writers in the genre, she is one of the most popular writers and has numerous books to her credits. Here are the top ten books by E. L. James. 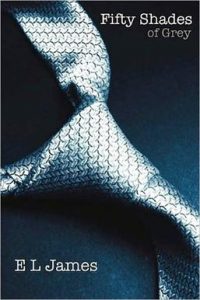 A college girl Anastasia Steel steps in for her sick roommate to interview a rich, enigmatic and powerful business tycoon Christian Grey. Little does she know that her life is going to take a somersault. Christian finds himself strangely drawn to Anastasia, aka Ana, and Christian’s proclivities open a whole new world for Ana.

Read it For:
You may want to read the book because you are curious about the sparking national controversy on erotica or if you want to enjoy a romantic novel. Most of the people read it because you will probably be the only person in a 100 miles who haven’t read the same.

Don't Read it For:
The sexual politics will be debated for years to come, and the book explores the theme of obsession, female degradation, and sexual control. 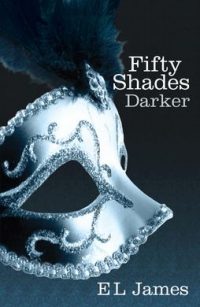 After leaving Christian Grey, the 23-year-old Anastasia Steel works as a personal assistant to Jack Hyde, at Seattle Independent Publishing (SIP), which Christian later buys. Ana and Christian attend a photo gallery together and revive the relationship. The story ends on a very positive note where Christian proposes Ana in a decorated boathouse and Ana accepts it.

Don't Read it For:
Though many claim the Fifty Shades of Grey series to be addictive and enthralling, it has a lot of complicated characters which may create a turmoil for the reader.

What makes this book stand out?:
The book portrays a deepening relationship, and romance is in the air. If you are looking for erotica, this is your book. 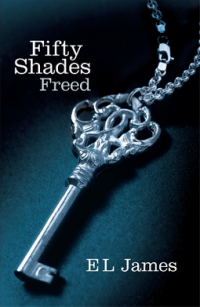 Read it For:
The story ends on a positive note, and everything seems to be in place. Ana and Christian are married for quite some time and has a son Theodore Raymond Grey, nicknamed Teddy. Ana is pregnant with their second child, a baby girl, Phoebe.

Don't Read it For:
The book has a lot of outbursts, uncontrollable anger, and emotional vulnerabilities. The book often gives you a feeling to skip the pages and slow down only on those special pages.

What makes this book stand out?:
The book shows how important it is to share strengths and vulnerabilities equally and the book does not demand much of your concentration. It is quite an easy read. 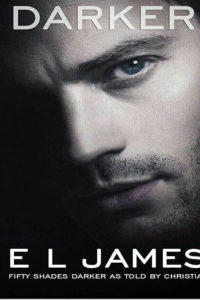 Also referred to as Grey, Fifty Shades of Grey As Told By Christian is considered to be the fourth installment of the Fifty Shades of Grey series. Though it started as fan fiction, it is now the best-selling book in the United States. When 27-year-old Christian meets the college girl Anastasia, he hopes the relationship with her would relieve the effects of a traumatic childhood. But his dark sexual proclivities and self-loathing drives Ana away.

Read it For:
The main reason for the arrival of this book on June 18, 2015, is the unbelievable fan base the book and author have earned. Read it for you don’t want to be left out from the controversies yet to come.

Don't Read it For:
It lets you see the world through the eyes of Christian Grey, and it gives an explanation for a lot of unanswered questions and doubts. The unexpected connections are also worth mentioning. The book is intended for a mature audience.

What makes this book stand out?:
The storm of emotions that Grey feels and finds extremely tempting to resist is portrayed with ease and elegance. 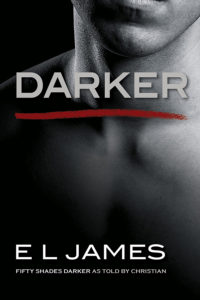 E L James revisits the world of fifty shades of Grey with a deeper and darker take on the storyline and the relationship between the characters. The proactive romance from Christian’s point of view has enthralled millions of readers from across the globe. The scorching sensuous affair has ended, but Christian cannot let go of Ana out of his mind or blood. He suppresses his need for complete control and loves Ana on her terms.

Don't Read it For:
The book is a retelling of the Fifty Shades Darker with the same characters and plot. The storyline is basically the same and has the chance of boring the reader, though things are said in a whole new light.

What makes this book stand out?:
The unworldly romance can enthrall almost anyone and hearing the same story from a different perspective can be interesting for many. 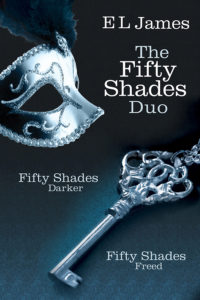 The last two among the phenomenal trilogy of Fifty Shades Of Grey, the books are daunted by the dark pats of a young Entrepreneur. The story revolves around Christian Grey, the business tycoon and Anastasia Steele, a college girl and their romance and love story. The story effectively brings to light, the problems faced by a couple in love and the way they adopt to resolve the differences.

Read it For:
An enjoyable flow of the story and the positive ending perfectly complements the storyline and plot. The book is a good read if romance is the genre you are looking for. The book is a combined version of the last two books in the trilogy and gives a quick recap of the entire Grey series.

Don't Read it For:
The book is apparently not the full version, and much of the story is missed out. Many readers find it disappointing to miss out on the Grey stories.

What makes this book stand out?:
Though the book lets out a major share of the story, the book is an enjoyable read for those looking for ways to read the Grey series in much lesser time. 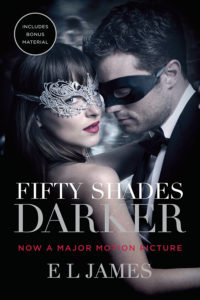 The special edition book by E L James, which comes with her own pictures and commentary from the making of the movie. An adaptation of E L James bestsellers also has an excerpt from her forthcoming book Darker: Fifty Shades Darker As Told By Christian. With an amazing fan base, the book is definitely on the list of E L James popular

Read it For:
The book was well received by the audience and fans all across the globe and is well known for the bonus material in the book. If you are among the fans who are eagerly waiting for the next in the series, this will help you play the waiting game.

Don't Read it For:
The stories are similar, the characters same and there is a complete absence of anything new or surprises. The story is predictable and can bore you.

What makes this book stand out?:
Romantic, liberating and addictive – sums up the whole of the Fifty Shades series.