Fandom can be described as a phenomenon in which a person or a group of persons which has a common interest and common feeling shows their devotion or shows their interest toward a particular character or a particular person. Fandom can be expressed as the feeling and are in the act of random just like the person of whom they are devoted to sending a mail this is the person for a character they are following is either Supernatural or it is not in that much control of the person. Easy words the Phantom is a phenomenon in which the person behaves as a true celebrity or out a single person and tries to look and act like him or her.
Fandom is very easily socially acceptable and the community of fandom is widely spread all over the world, fandom is nowadays organized subculture which is growing day by day and it is mostly affecting the teenage group. There are a very few books on fandom but here we list 10 best-selling books on fandom members of such groups give themselves special name based on their ideal such as fan of Sherlock Holmes call themselves Sherlockians, fan of James Bond call themselves Bondians, and this way the community large from every superhero to every movie character the Phantom is widespread who were the world and this community is growing day by day in different parts of the world. 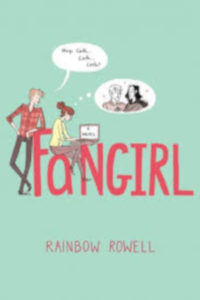 fangirl was written by one of the New York Times bestseller artist Rainbow Rowell. the book fangirl revolves around a girl naming cat she was born in far away from the Phantom but she couldn't resist herself to go into this culture it was a story of a girl who added following Simon snow and her craziness for Simon was extreme Rowell describe the story in his book very easily

Read it For:
the emotional story of a girl who was fan of a character but due to the family situation she has faced a lot of difficulties, but still her craze didn't go down it was a part of motivation for a lot of persons were following fandom

Don't Read it For:
the book describes some of the situation which some readers might find creepy. The book is a at which was made for the persons who are following this community otherwise this book can be boring to others.

What makes this book stand out?:
the book is a good source of motivation for the persons who are facing difficulties in the following fandom. It is the best books on fandom

Eliza and Her Monsters 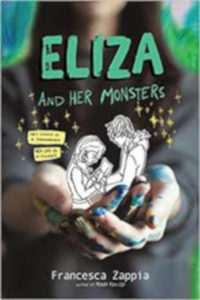 this is a story of a girl her name was Eliza Mirk, in her daily life she is shy and weird girl, she didn't have any friends and she used to live alone in her room. she was living a life online with a lot of friends and she cannot imagine her life outside the world she was living online. the imagination of Eliza was enormous and she used to believe that there is a monster in her brain which controls her thoughts the story revolves around this girl

Read it For:
the story is a very emotional which helps the people to understand the world of friend am where girl things that she is controlled by a monster which is living in her brain

Don't Read it For:
the story is based on a girl who was a victim of depression it may disturb some of it the readers.

What makes this book stand out?:
the fact that the book is based on a very emotional character which makes it to be one of the best book on fandom 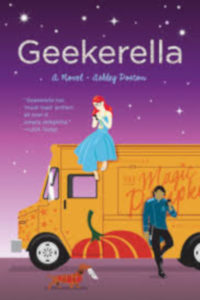 the book is written by Ashley poston, a well known writer of her time. the book is very similar to the popular show Cinderella where a girl has to attend cosplay ball and because of family situations and her position he find difficulties in going there but due to some Supernatural powers she gets courage and confidence and some dresses too, for cosplay and she performed very well and get a lot of appreciation. the story has a very cute outline and theme which is the main attraction for its readers

Read it For:
the book is very similar and adorable to the well known book Cinderella and it was A grade in examples of cosplay

Don't Read it For:
the book is almost similar to the book Cinderella and some readers might find it boring because they already know the story.

What makes this book stand out?:
the book stand out from other work because of its adorable and cute story line but some where it looks like it is copied 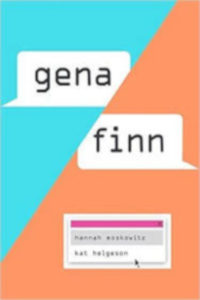 this book was written by Hannah Moskowitz, it was a story based on LGBT girl community. it is a story of two girls Gena and Finn, their full name was Genevieve and Stephanie. the whole story is based entirely on blog posts chats text and message board. the story revolves around these two girls and how it goes on and how they spend their life without meeting each other

Read it For:
the book is emotional connection of two girls that never met in their life but their friendship grown to Deep and it is a Fan Fiction completely based on text and long distance relationship

Don't Read it For:
the book is based on LGBT community and some readers might find it disturbing and the book based on text and long distance relationship that can be boring to some readers

What makes this book stand out?:
the book is emotional connection and the play Fan Fiction story of two girls great motivation for the long distance relationship but still it is one of the best books on fandom 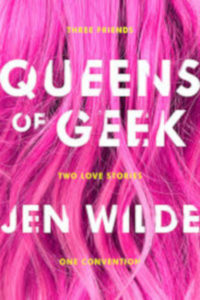 the queen of geek Jen Wilde, it is based on three friends and love stories of two persons and one convention it can also be called as a feminist letter to widespread geek culture, it is about to finding a way to convey yourself. the book also States how to cope with anxiety.

Read it For:
the book has a special geeky convention setting and the most of the people likes it because set around friends and love and story line touches the heart of the readers

Don't Read it For:
the book is Centre around can be disturbing to some persons and because such reasons book is also censored

What makes this book stand out?:
the emotional and adorable theme of the book to stand out from other books on fandom and LGBT community 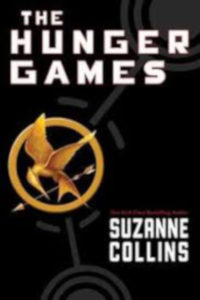 The Hunger Games was written by Suzanne Collins in this book she has said that winning will make you famous and losing means certain death, this was the great lines said by her and the book revolves around a well the capital region which was surrounded by 11 district that were poor than the capital Book has sweet and written story line and the hero was in unconditional love with the heroine

Read it For:
the book is full of sharp and intelligent features unique and readable the book shows upgrade path and it is a big motivation for the person who has lost hope

Don't Read it For:
somewhere the book has shown to reality and in practical exam disturbing to some readers

What makes this book stand out?:
the book is a great ration and it is unique because of it unconditional love and fictional characters 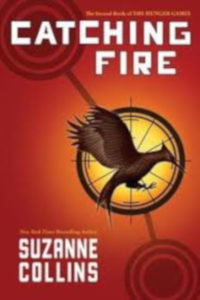 catching fire was also written by Suzanne Collins, you can also be described as the second part of the Hunger Games it is a second novel in which the present continuous the story of Hunger Games where the National character was in unconditional love with the heroine

Read it For:
the best reason to read this book is the curiosity what happens after the Hunger Games and this book is also as same as the previous version of this book full of unconditional love and motivation toward life

Don't Read it For:
unlike its first book this book has problem orbital censored contents and this book may criticize some of the values that were set in the first book

What makes this book stand out?:
the book stand out for the motivation at toward the victory and it gives us for the next version of the book 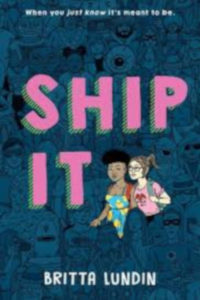 the book Ship It was written by Britta Lundin, it is a story of a fangirl of 16 years. it revolves around her life and it tells us how she was obsessed with a TV show naming white demon heart. although the fandom was not much supported in the book.

Read it For:
based on queers and fandom nerds, it is a story about a girl who was obsessed with the TV show and it can be a motivation for the person who likes to follow fandom

Don't Read it For:
the book is pretty similar to the fangirl by rainbow and a person who don't find such book appropriate might find it

What makes this book stand out?:
the book is unique because it does not support fandom as much as other books supports but it is still support and promotes LGBT community. It has been top 10 best selling books on fandom. 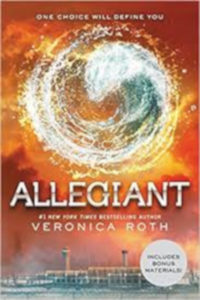 The Book Allegiant was written Veronica Roth. it is a book based on fictional society and it features many interesting genres like struggle battle, power struggles, the changes to the limits which is the great attraction towards readers. this book has been number one at the New York best selling books the author after this in distributed in the series of divergent and insurgent

Read it For:
the book contains manifesting and exciting parts of stories which cannot be found in any other book.

Don't Read it For:
in some part the book is bit boring and disconnected from the main story which makes it little unreadable

What makes this book stand out?:
the book is only one of its kind which describes unrealistic and accepted it. It is one of 10 bestselling book in fandom. 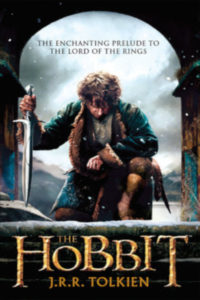 Read it For:
the book easily describes the phenomena fandom and it is promoted in the book. the book has interesting story line and attracting characters

Don't Read it For:
the story is very long and it and it may be boring to some reader, The Hobbit has been recognized as critic on famous Prehistoric value which might hurt sentiments

What makes this book stand out?:
The Hobbit has been best selling book stand out for its fictional characters and emotional story line