If you are a die-hard fan of Marion Eleanor Zimmer Bradley ( June 3, 1930), then you must be knowing of her Darkover series and if you are not then this fiction fantasy science series is just like a magnet for you.

Darkover series revolves around the red giant star ( Cottman ) and the Cottman stellar system. According to Bradley, Darkover is the only planet fit for the survival of human being in the group of seven.

There is a huge mystery in the whole series which get one involved in them, although most of them have the contradiction and some of them are reopened and rewritten to justify its preceding series.

Here is the list of top 10  Darkover books which one must read if he loves fiction fantasy novels with scientific knowledge. 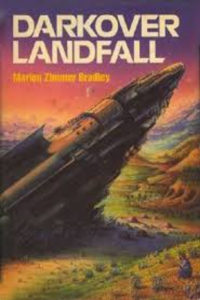 This is the beginning of the series and describes the spaceship and colonist crew that is likely to crash on Cottman.They were heading towards the already established colony planet but due to the gravitational storm get crashed to an unknown spot. The strong female characters surrounded by the colonist prove many such situations which deal with the feminism.

Read it For:
Read it for the adventurous ride full of social comments. Being the first book in the series it uncovers all the curiosity about the DARKOVER.

What makes this book stand out?:
The overall description of the journey to an unknown planet keeps you stuck to the book. 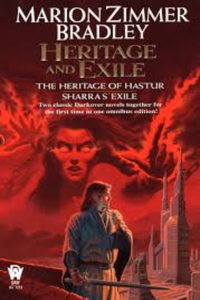 Heritage and exile, the best novels from the Darkover series feature the hate and love relationship between the semi-alien offspring and the Terran world. It also revolves around those desire to have control over the Sharra Matrix and how the rejection anger turns out to be dangerous. The exile of Sharra is another phase of the novel which engages the readers in a fictitious story.

Read it For:
two stories under one cover beautifully describes the two situations of the story.political, social and love drama makes it more interesting.

Don't Read it For:
All over the story is very interesting but the way of conveying some incidences can be boring for some.

What makes this book stand out?:
The realization of the character especially Regis and Danilo reflect the creativeness.

The ages of chaos 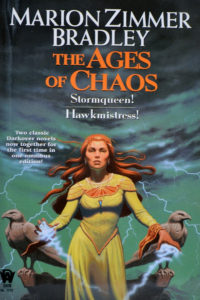 This is the third part of the Clingfire trilogy and in the Darkover series it started ten years after the  Zandru's Forge.It describes the friendship of King Carolin and Varzil Ridenow, to make harmony and peace in Darkover. It was set in the lawless time of war where an enemy tries to kill the king and Varzil

Read it For:
you must read it to understand the power of friendship, the war of truth against the evil.

Don't Read it For:
although the book delivers a very interesting end, some of the readers feel that it is not well plotted.

What makes this book stand out?:
The unexpected and interesting conclusion of the story makes it worth reading.

The Heritage of Hastur 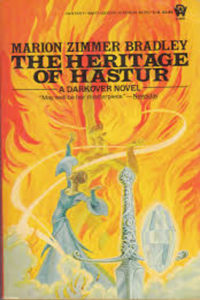 The heritage of Hastur is narrated by the Regis Hastur and Lewis Alton ( the major character of the novels). it features the traditions of the Hastur and those who would sacrifice their world for the science and it gives an answer to the most frequent query of the followers of the Darkover series, the early life of Regis HASTUR.

Read it For:
The heritage of Hastur is considered to be the heart of the Darkover series. The best part is the reader find themselves hinged on the story.

Don't Read it For:
The plot of the story is undoubtedly interesting but some readers may find it difficult to understand if they are not a regular reader of the Darkover.

What makes this book stand out?:
The story and brief information about the early life period of Regis. 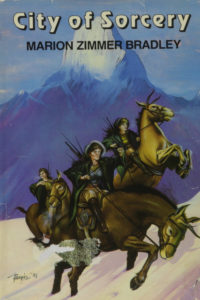 It is the sequence of the Thendara house whose major characters are been developed from the renunciants group. The deep imaginary thoughts if the writer gives the clarification about each and every character. The story is mixed up with the feeling of sisterhood and social relationship.

Read it For:
If you love to read women concentric stories then this could be the best choice for you.

Don't Read it For:
some of its writers finds it less interesting than its preceding series.

What makes this book stand out?:
full of thrilling surprises and adventures make it worth reading.

The winds of Darkover 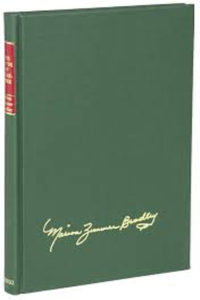 This is the first Darkover to describe the presence of Sharra Matrix. The writer in this novel  has conveyed a parallel experience for its readers. The story revolves around the Dan Barron and Loran. The writer clarifies the incidences as the need of the hour

Read it For:
Read to know how to cope up with the different situations of life. The ups and downs in the character and its functionality towards the society are noticeable.

Don't Read it For:
you may find it difficult to connect to the incidences happening suddenly.

What makes this book stand out?:
Different situations describes different responsibilities of one toward the social society. 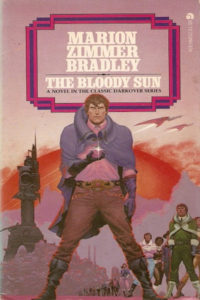 This novel is rewritten under the same title name to describe the best about the identity of Kerwin parents. story centrally focused on Jeff Kerwin who feels disappointed and doesn't consider himself as a part of Darkover.

Read it For:
read it for the adventurous journey of how Jeff Kerwin finds himself attached to the Darkover when he doesn't find any clue or record of his childhood.

Don't Read it For:
The first half of the book is a complete package for the reader but later on, some may find difficult to get engaged in the story

What makes this book stand out?:
The bold character of the Jeff Kerwin. 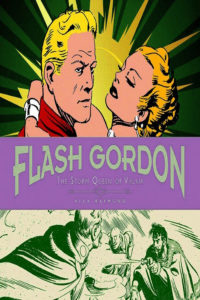 It has been believed that the storm queen occurred two hundred years before the two conquers. this story took place at the time of glory days. This story features the prenomination made  for the future. A perfect mix of fiction and natural weather experienced made it so popular

Read it For:
read it to enjoy the drama of the weather and natural changes occurrences in the Darkover.

Don't Read it For:
some readers failed to understand about the punctuation mark in the title of the story which has nothing to interrelate to the story.

What makes this book stand out?:
The individuals which were considered Laran gifts and the prenominations about the future.

surrounded by the story of Andrew carr who went out of the way to deal with the difficulties and challenges of the planet.The people who challenged the laws of the matrix. The story of the only survivor when got crashed in a plane go through an adventurous ride.

Read it For:
Read it to find out the difficulties faced by the group of four people struggling against the dominating laws c.Don't Read it for - If you are not comfortable with the modern topics then it may sound boring to you else it is a perfect book to go through.

Don't Read it For:
If you are not comfortable with the modern topics then it may sound boring to you else it is a perfect book to go through.

What makes this book stand out?:
This is more than a mere fiction science story if someone could go through the words.