For the purpose of this article, we will adequately be covering Maggie Stiefvater’s popular novels and the best of Maggie Stiefvater books in order. Her books are known for their exceptional and nerve racking stories. Above all, the Maggie Stiefvarte books are the best-selling books in the market amongst which are shiver, linger, hunted, sinner and forever which happens to be one of Maggie Stiefvarte’s best books.  More so, she is listed among the best sellers for her beautiful and amazing write-ups and below is an overview of her top 10 books.

She was born in Harrisonburg, Virginia. She was a curious child with many phobias. From childhood, she always wanted to be a fighter pilot and was an insatiable reader who also enjoyed writing. Just by the age of 16, she already started submitting manuscripts to publishers. She was home-schooled from sixth standard. Stiefvater did B.A. in History from Mary Washington College. At the time of entering college, the prodigious writer had already written over 30 novels. Before turning a full-time writer, Stiefvater was a professional portrait painter, specializing in coloring pencils. She was also involved in music in her college days. 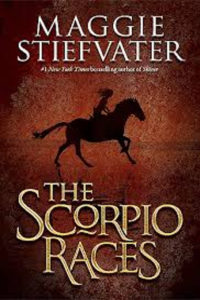 The story centers on riders who partake in the Scorpio races every November with their horses to a finish line. The race is a dangerous one as most riders lose their lives in the process. The story centers on Sean a returning champion on the race who has hidden fears buried within and Puck a female is completely different from Sean who is currently going to be the first female on the Scorpio race.

Read it For:
the book is recommended for adventurous personalities who intend to see beyond the person and the dangers awaiting in unfolding events

Don't Read it For:
It is not recommended for individuals who enjoy a smooth and ride all the way.

What makes this book stand out?:
The book is known for its systematic and intelligent way of keeping the suspense and keeping its readers enthralled. 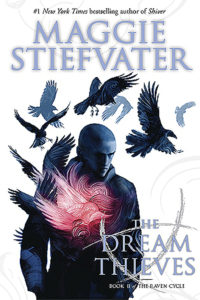 There has been a breach in security in Cabeswater where Ronan, Gansey, Blue and Adam live. These four have to protect Cabeswater puzzle from the intruders who are looking for it.

Read it For:
The story is good for the excitement and expectations in each events.

Don't Read it For:
It`s not advisable for individuals who have a bad side for nightmarish events as it can be seen in the character Ronan, who is tormented by his dreams so much so, that he can`t differentiate between the dreams and reality at a point.

What makes this book stand out?:
The book stands out for its consistency in events. 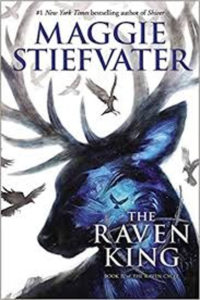 This story connects the previous stories on Ronan, Blue, Adam and Gansey. It steadily tries to connect all the dots and wrap up the event in one interesting wrap.

Read it For:
It is recommended for individuals who would like to see how the different story lines close up.

Don't Read it For:
It is not advised if you had a very special attachment to the King`s character.

What makes this book stand out?:
The book is well collated and adequately matched taking into considerations points from the previous series. 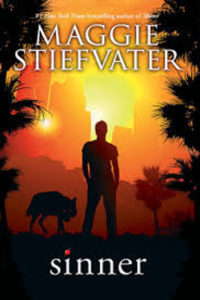 The story centers on a man called Cole and Isabel who share a deep history and what`s more is the fact that they can`t let go of each other. Isabel runs away from Cole to start another life but it isn`t working for her. On the other hand, Cole is determined to get her back in his life.

Read it For:
The inspiration and consistency in style and information.

Don't Read it For:
It`s not recommended for individuals who hate on love.

What makes this book stand out?:
The book stands out in its consistency in character and play right from its preceding book on shiver.

ALL THE CROOKED SAINTS 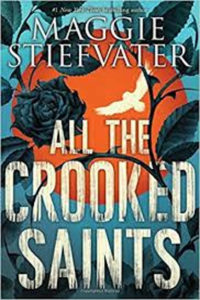 Read it For:
It is recommended to be read taking into consideration the possibility that there might be a deviation from what you expect it to be

Don't Read it For:
The story centers on a town where so many things can be found and for visitors who wants a miracle, the Soria family happens to be the perfect choice. The problem here is the cost of each miracle.

What makes this book stand out?:
One amazing feature to note is theconnection you experience with the world created in the book. 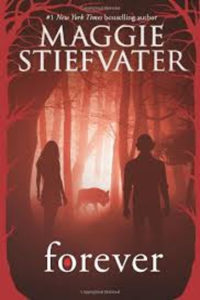 The story is hung on a history line of love between a male wolf Sam and a female human named Grace. Sam is in love with grace and would do anything for her and finally turns to human. In this series, grace now turns into a wolf and the wolves of Mercy falls are to be killed in a hunt. Sam is torn for he would do anything to save Grace.

Read it For:
The book is an inspiring tale of love and devotion

Don't Read it For:
The book doesn’t give you an expected results as the story has a twist in fate.

What makes this book stand out?:
The fact that the book gives a very factual reality about life. 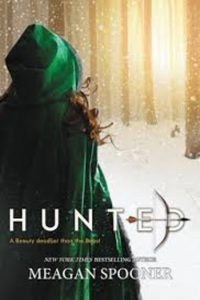 The storyline unravels an expedition quest among four characters who are on the mission to save Erdas from the devourer. To avhieve their aim, they would need the help of their spirit animals and to obtain their help, they have to confront their fears and weaknesses.

Read it For:
The book is inspiring and best read for its motivation and complex events.

Don't Read it For:
It`s a no-read for people who want something more predictable every step of the way. 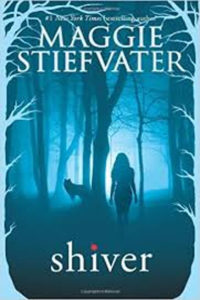 This story covers an enthralling piece of a young wolf and a fearless girl named Grace who has always watched the wolves behind the woods of her house from afar. She however, loves this particular wolf. The wolves are able to shift to human forms but on certain occasions. Her favorite wolf becomes a boy named Sam and Grace recognizes him as the wolf she has always loved. However, the season is approaching when Sam would have to fight to remain human or stay a wolf forever.

Don't Read it For:
it is not recommended for individuals who want a easy ride all the way.

What makes this book stand out?:
The connection between worlds and character and the level of consistency. 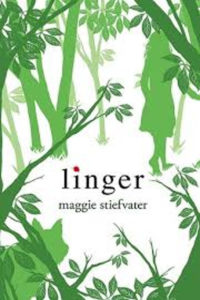 The story is an extension of the wolf boy and grace constantly fighting to keep their love due to the difficulties faced in shape shifting to the human form. A new character joins the play named Cole who has been hurt deeply and desperately tries to severe his ties with the human world and wants his life as a wolf. These three are seen to go through some trying phase.

Read it For:
Best recommended for inspiration and motivation.

Don't Read it For:
Not recommended for individuals who loves fairy tales and their happy endings so soon.

What makes this book stand out?:
The intrigues, the suspense, the varying emotions displayed by the different characters are strong pointers.

BALLAD: A GATHERING OF FAERIE 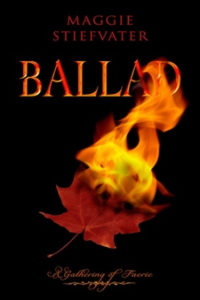 The story unravels two worlds. That of humans and the other of faeries, their world are shaken by the exposure and emotions played in the process

Read it For:
The storyline is a very adventurous and nerve racking one especially when you get connected to your favorite character

Don't Read it For:
It is not recommended to read prior to the previous series before it, that way you would quite grasp the steady flow.

What makes this book stand out?:
The book stands out to be one of the best write-ups on faeries.