Does a fantasy book get you feeling fancy? Fantasy writings are a genre under fictional writings; the two do not mean the same thing. Fantasy majorly is distinguished by the use of magic or some other supernatural elements as the primary plot setting. 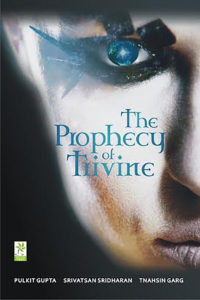 This book is an emissary of the advanced alien race shows up on the Earth to engage in some responsibility of an experiment that has gone out of limits. It features a lady and three young men; a scientist, an artist and a hacker who take cover in a forest as a way of escape from the happenings of their own lives. Having a struggle with their dreams and demons, they plan to penetrate into the dark behavior of the forest as companions. Unknown to the four of them was that the future of humankind was in their hands, and above a glimpse of imagination, they are linked via an ancient Prophecy that was long forgotten in the times.

Read it For:
An impressive tone of language and a captivating story to read.

Don't Read it For:
It sounds a little superstitious.

What makes this book stand out?:
The fantasy portrayed is good and the revelation made as concerning the Prophecy that was almost lost and forgotten. 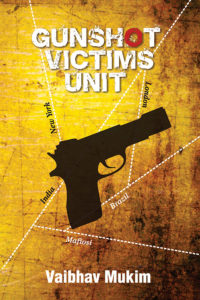 This fantasy writing portrays an environment where people have no regional affiliations. The culture here has gone mobile. It is in this context where the highest leader, the President, has no power to do much but to have moments in the swimming pool and playing golf. A society where the citizens are not moved by where they came from neither where they are headed. The environment in this whole place relies on two laws; In this world of oppression, the only balancing factor is gunshots, and two, Will the Gunshot Victims Unit, the last line of defense, be enough?

Read it For:
It is a great classic story

Don't Read it For:
Fun

What makes this book stand out?:
It ends with great suspense. 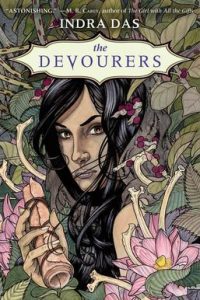 It happens one cool evening, somewhere in Kolkata, India. Alok, a college professor, encounters a stranger with a terrifying confession and an extraordinary tale. The story tantalizes Alok, and he does his best to get the whole of it. The two end up gathering documents by the help of Alok, these documents reveal the chronicle of a race of people akin to beasts, led and ruled by instincts with a desire for blood. The tale shows one-Mughal India who finds himself uncontrollably attracted to a defiant woman.

Read it For:
It captivates the reader and takes you along. It is inventive and moving.

Don't Read it For:
It is more than just a small write up.

What makes this book stand out?:
It is a chilling saga that goes several centuries and many lands. The human and non-human characters and even the dreamlike makes the books worth your time. You cannot ignore this book as a reader the moment you start reading its first page. 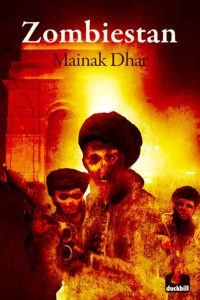 This story began in the Afghan villages, the darkness spread through the world faster than anyone would have thought imagined. Devastated in Delhi, India, five uncommon companions came together in an environment laid waste by terror. A boy 17 years old is still coming to terms with the loss of the family, US Navy Seal tracing home, a history professor, a young girl, and her three-year-old brother. They all end up in the Himalayas a place assumed to be a haven, away from the terror, after they discover the child may hold the key to ending the pestilence.

Read it For:
It is a write up that enthralls and entertains.

Don't Read it For:
It awakens sorry as you read what some people have to go through in life.

What makes this book stand out?:
It gives great suspense of whether the five friends made it through the terrible barriers to their intended destination. 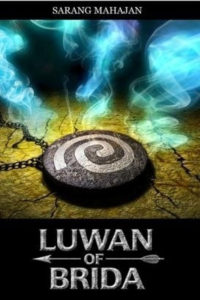 Done in Brida, a village in Inkredia at the foot of the great Malingo Mountains. This village is a manufacturing point of troubles. Luwan endangers his life by plucking out of it, not unless he flees to a safer place. This escape is not easy, as between him and there lies a difficult journey. On his escape mission, he explores the wild sides of his country, with enemies chasing him like the wind as he flees. Along the way, he meets brutal assassins whom he quickly finds out want him dead, for just some reason.

Read it For:
Best fantasy book

Don't Read it For:
It is good fantasy that concludes to quick

What makes this book stand out?:
An amazing story of a lad who has to escape from his village from his enemy who is pursuing him. It reveals later the great and secret powers hidden in him. The story shows strong characters and many fearful beings. 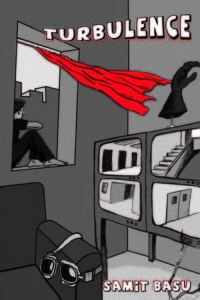 This book captures the story of Aman Sen, young, smart and ambitious but going nowhere. This he attributes to not having connections. Aman meets Uzma and Vir, the pilot who he wants to make sure that their abilities and powers are not just for reality television, celebrity endorsements and such. He so wants to help many lives but at the helping of one is the harming of the other.

Read it For:
How would you feel if you got the exact thing you wanted? If you could change the world, what would you do?

Don't Read it For:
This fantasy compilation suggests a heroic but meaningless explosive slugfest

What makes this book stand out?:
The characters portray great abilities but help them achieve nothing much in life. 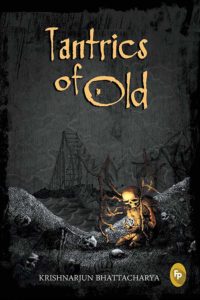 Tantric. Talkers to the dead. Callers of demons. Exorcists. An ancient art. These are the only ones available and allowed in the land by the law to put on themselves the magical tattoos of their art/profession. Old Kolkata dark devastated, unforgiving and war-ravaged.

Read it For:
It carriers great history of the city

Don't Read it For:
It leaves the reader with the thought of the dark world that would end up in terrifying dreams.

What makes this book stand out?:
It dares talk about what many people have shunned to engage in or even mention.

The Guardians of Karma 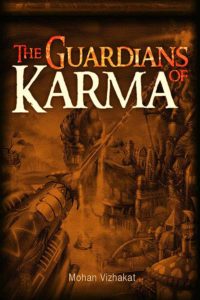 As a decorated army veteran, Mohan Vizhakat field of interest includes researching the intimate connection between action, science, Philosophy, and spirituality. The book takes the reader to places in mythology that appears so real and profound. This story is told of the prehistoric times far beyond the Vedic India. An era was forgotten; first wave civilizations.

Read it For:
It is a well-researched and compiled piece of fantasy.

Don't Read it For:
It includes too many descriptions and explanations that kind of take away the flow of the emotional and spiritual aspects of the tale

What makes this book stand out?:
It is a thorough, insightful and great work. It is very intriguing too.

Realm of the Goddess 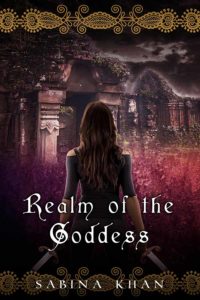 A fantasy story of a seventeen-year-old, Callie, who discovers she is an avatar of one of the Hindu Goddess by the name Kali and has the responsibility of saving the world from Mashisha, the in charge of Demons. Before she can face Mashisha, she has to come to terms with her fate, tame her powers and find the sword of Knowledge that the undying God gave Kali five thousand years ago. To find this weapon, Callie has to embark on a dangerous journey deep in the jungles of India to a temple only spoken of in legends.

Read it For:
A great story of good as compared to the evil, exploring the world to places almost forgotten in such of an answer.

Don't Read it For:
It speaks of too much evil at the same time.

What makes this book stand out?:
The author takes the readers on an epic adventure. ‘Never underestimate a pissed off girl with a sword.’ 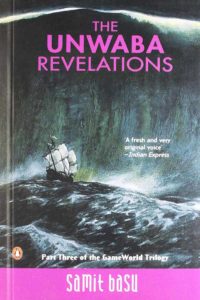 Under the watch of the assembled gods, army troops are on the move. The beginning of everything and when it ends, the world ceases to be too. Something must be found to save the world and beat the gods at their own game. A challenging task though, now that the gods play by one law, that their creations cannot outdo them. As tough battles ensue on the earth, Kirin and Maya, guided by an old and unreliable chameleon, carry out their plan in secret, that no one involved had the slimmest idea of what they were engaged in.

Read it For:
It is a great and captivating story that leaves the reader in great high spirits of the storyline of the author

Don't Read it For:
It starts very well but at some point portrays the hardship of life that people have to bear with at times to attain the goals.

What makes this book stand out?:
It irresistibly draws the reader to a tantalizing, epic and action-packed race to reclaim the flawed and magical world of its heroes.