From the world of Griffins, witches, and warlocks to inter-dimensional beings, this year’s roster is indeed replete with all matters of fantastical beasts, masters of storytelling at its very best. This list has been collated from various sources and without much further ado, here it is

The Last Mortal Bond (Chronicle of the Unhewn Throne) 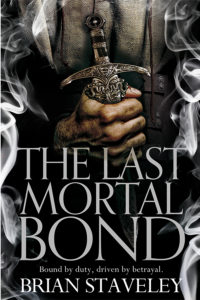 This book caps the list when it comes to fantasy books for all the right reasons, starting off with politics, intrigue, magic, conflict and of course, sibling rivalry and all in the quest for the throne. The final installment in this trilogy series, it certainly sets up the perfect showdown, with visceral imagery, spine chilling episodes and replete with drama to the last page. The book itself has been wonderfully crafted with strong story lines and picks up where the last one left off. It manages to convey a sense of fate, of the eventuality of it all and in the process appears both poignant and macabre at the same time. A definite must read, and it certainly lives up to the rest of the series; it certainly has earned a place among the top 10 fantasy books to come out this year. 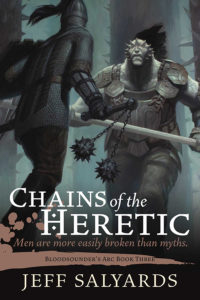 This book certainly has it all, it has all the right tones that made Game of thrones what it is today, blood, gore, magic, memory chants, witches and the inevitable quest and of course, betrayal. The book certainly stands out for all the right reasons and from vivid descriptions to visceral imagery, this one does not disappoint. Jeff’s attention to detail makes this book all the more enthralling to read and it should keep you riveted to the edge of your seats. As the inevitable quest takes place, what follows next forms the plot for the rest of the book, with its unique characters and strong story lines. The book has earned a place for itself among the top 10 fantasy books of 2016

The Axe and the Throne: Volume 1 (Bounds of Redemption) 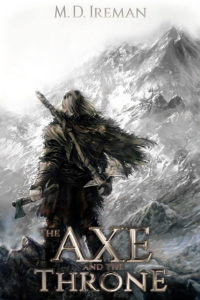 M.D.Ireman with his debut book has certainly crafted a brilliant book, rich with its dark hues, multi-layered meaning and the subtlety with which the author manipulates the pages. It is both engrossing and enthralling to read and the vivid imager with which each scene is described only adds to the lure. The story is all about a failed quest and discovering the worst, and what follows next, sets the stage for a showdown of sorts. What makes this book stand out is that despite the dark atmosphere, there are poignant moments, places where you come face to face with the real characters and their own flaws. A good read at any time of day which is why it is one of the best books to read

Children of Earth and Sky 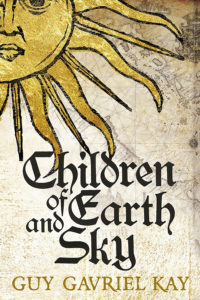 This latest book certainly contains it all for Guy’s usual vivid descriptions to strong story lines and much more. It is set in renaissance Europe and follows the lives of four young people, from different backgrounds as they set out on their respective journeys. From, an artist hoping to land a huge contract, to a spy and lover, to a scion of a wealthy merchant family,  Guy has managed to bring out the contradictions inherent in any human relationship to the fore, beautifully. The book has indeed been crafted well ad should keep you riveted to the edge of your seat. A definite must read for it definitely stands out as one of the top 10 fantasy books of 2016 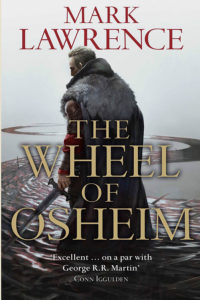 Mark Lawrence’s third book in the series certainly puts all others to the pale, with rich vivid imagery and well scripted and strong story lines with characters proving to be both tenacious and resourceful. This book like all others has been wonderfully written and closely follows Snorri Ver Snagason as he tries to rescue his family from the bowels of hell itself. The book is remarkable on many fronts, from its rich characters to its well-developed storylines. But what makes it stand out is the fact that the author has managed to weave a brilliant story and yet, leaves you hanging for much more. A definite must read which is why it is one of the top 10 fantasy books of 2016

City of Blades (The Divine Cities) 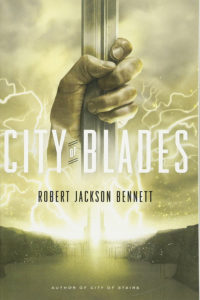 This book is an astonishing read, one that is bound to resonate with many, and while with the second book which is more of a loose sequel to the first one, it can still be considered to be a standalone book. Bennet’s second book certainly does not disappoint and makes sure that the story is packed with all the various twists and turns that keeps you riveted to the pages, so much so that you are not able to put the book down. The story follows the capture of a stronghold, eventual ruin and the return of its savior. In short a saga in the works. So if you were looking for a good fantasy novel, then you may want to start off with this one, for it stands out as one of the top books.

The Plague of Swords (The Traitor Son Cycle) 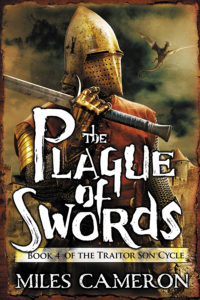 This book, the fourth in the series kicks off in a spectacular fashion that’s more reminiscent of Tolkein’s war scenes, and is certainly packed with strong characters, intrigue, mystery and of course, Mile’s inimitable style. With vivid descriptions, the characters jump off the pages at you and soon you are left breathless as you get dragged right down into the middle of the opera playing out in the pages. It is a rousing read and a promising historical fiction with shades of fantasy and dark gothic overtones. A definite must read for all fantasy fiction lovers for it stands out as one of the best recommended books to read 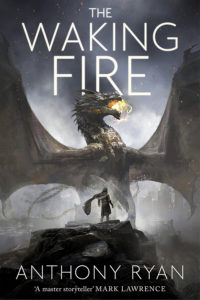 Another fantasy classic from Anthony Ryan, where the characters just leap off the pages at you so much so that you are left wanting for more. As far as fantasy novels go, none is as entertaining a read as this one, for it certainly has all the ingredients that made its predecessor a hit with all. From epic showdowns, the future of a whole empire at stake with spies, intrigue and blood thirsty scenes, it has all the makings of a blockbuster hit. If you were looking for a good fantasy novel, then you definitely need to read this one. The book has been well-crafted with rich imagery on all its pages which is why it stands out as one of the top 10 fantasy novels of 2016 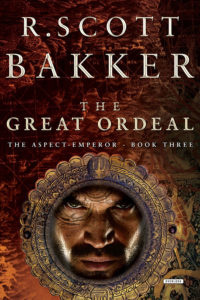 A novel of epic proportions, this book certainly leaves you wanting for more as it squeezes you as it ratchets up the tension with every page. The strong story line has been well crafted and picks up where the second one left off. It continues in the same fashion with fantasy, with vivid imagery that leaps off the pages mat you and a book that manages to create an empire with all its resultant baggage and issues. The book has been wonderfully crafted with a Middle Eastern setting, unlike any ever seen before. It is rich in detail with vivid descriptions, enough to get you salivating. A  must read and the book definitely tops the scale when it comes to top 10 fantasy books for the year.

The Guns of Empire (The Shadow Campaigns) 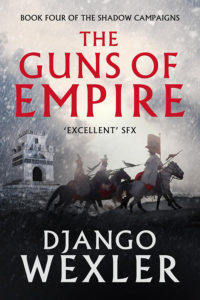 This book has everything in it, from war scenes, hard fought battles, to magic and fantastical creatures. If you ever wanted to read a book that has it all, then this one would be it for it is as good as it gets where fantasy novels are concerned. It is gritty, brutal with visceral imagery and with strong characters that leap off the pages. The author has woven a brilliant story, one that manages to snag you right from the first page and manages to notch up the tension slowly, so much so that you are not able to put the book down. The book has been well-crafted, and is designed to appeal to all fantasy niche lovers. This book is a must read for it stands out for all the right reasons as one of the top 10 fantasy books of 2016 and one that is riveting to the last page.