“Life lived in the absence of the psychedelic experience that primordial shamanism is based on is life trivialized, life denied, life enslaved to the ego.”

Dazed and confused on reading that quote? Did you enter your mind palace and question yourself? Well confusion and relaxation in the state of trance, that’s what psychedelia is about, baby. It started in the 60s with psychedelic drugs like LSD but created a trend and a culture which has gone beyond the scope of these illegal drugs and have expanded its reach in the domain of arts and entertainment. Now we got movies like Inherent Vice by Paul Thomas Anderson and guitar riffs by Jimi Hendrix. Basically, psychedelic is the trippy stuff, and usually can be categorized as a weird and absurd culture, cut off from the mainstream. Literature has been affected its share of psychedelic stuff too. 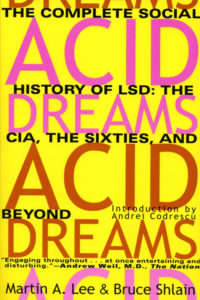 If you thought the title is outrageous then wait till you hear the full title of the book (Acid Dreams: The Complete Social History of LSD: the CIA, the Sixties, and Beyond). It is a classic piece on the history of how LSD was used as a weapon by the US Forces during the Cold War era. It traces its journey of further being tested on prisoners, college students, professors and even random unsuspecting strangers.

Read it For:
A startling revelation on how psychedelia spread far and wide in the States and how organizations like CIA can secretly test drugs and products on people. Is democracy threatened? Is national security a bigger priority than human rights? These are the questions asked.

Don't Read it For:
The narrative is too confusing at parts, and the CIA conspiracies seem to be kiddish and farfetched at parts.

What makes this book stand out?:
It works out as a brilliant satire while even as a horror book. The horror can be felt in the sense as it emphasizes negative effects of addiction and how accidental trippy experiences can also change the life of a civilian. 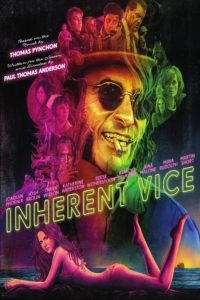 Surely one of the top 10 best-selling psychedelic novels, Thomas Pynchon’s novel is like life; it’s dark and humorous. A perpetually “high” detective is investigating a murder in the 1970s but what follows is a glimpse into the underbelly of drug culture and mind games.

Read it For:
Just the lead character of “Doc” is enough. His dialogues while snorting powder and smoking weed joints gives one of the most trippy and hilarious conversations.

Don't Read it For:
Gives you an ugly picture of the 60s and shows that this wasn’t an era of the American dream. In that sense, it lowers your hopes in the end.

What makes this book stand out?:
It's randomness. It shifts from various styles from the hippie culture to the trend of old pulp detective magazines.

The Doors of Perception 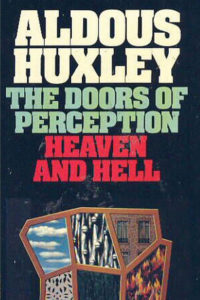 Aldous Huxley took a dose of mescaline one day, and the trip that he undertook was everything from pleasing to artistic to troubled.

Read it For:
The philosophy behind psychedelic experiences presented in a short span of 63 pages. This is what makes it a popular psychedelic book.

Don't Read it For:
It isn’t advisable if you are in the mood to do some light reading as it might leave your head unsettled after you’re finished.

What makes this book stand out?:
A great book should make you feel pain and discomfort. Yes, it sounds negative, but that’s how Huxley’s writing really hits you. 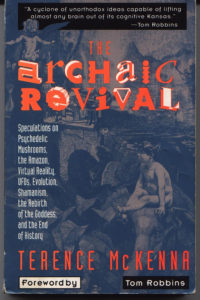 A collection of essays and interviews dealing with mystic practices of shamanism and usage of psychedelic substances for spiritual and recreational purposes.

Read it For:
Realistic views on theories around the internet and aliens and the capitalist world are turning us mad, and we need an alternative to slow down.

What makes this book stand out?:
It gives a mind-boggling picture of how science and spirituality can come together to save humanity; an idea hardly touched upon by other books. 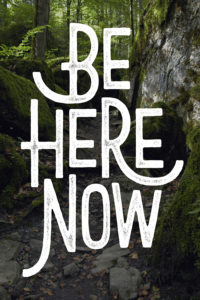 Frustrated with affairs of daily life, Ram Dass decides to take an experimental journey to India to lighten up and find his true self.

Read it For:
An unconventional picture of India honoring the “guru-chela” system of teaching in spiritual India.

Don't Read it For:
If you’re a realistic person, who thinks following your ambitions and succeeding in society is your goal, then you can give this a miss.

What makes this book stand out?:
It ushered in a new age to a new generation throwing light on yogis and hippies. 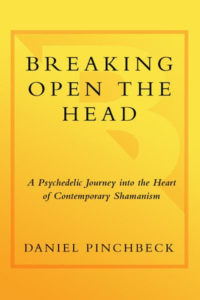 The real-life transformation of Daniel Pinchbeck from a nobody in the literature world to a writer who seems to be totally content with life after his visions with natural drugs.

Read it For:
Analyzing how absurd human behavior can be. And if it fluctuates, it would either be for the greater good or the bad.

Don't Read it For:
A disturbing picture of difficulty in withdrawal symptoms.

What makes this book stand out?:
It shows that drugs derived from plants can be used for the betterment of society and a calm bliss in life, as is shown from examples of tribes cited in the book that have been using such substances in the past. 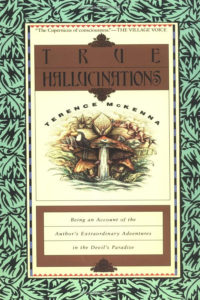 In a quest to find the greatest psychedelic potions, a group of friends encounters the unimaginable in the Amazon forests.

Read it For:
Vivid pictures of flying saucers, mushrooms, extraterrestrial pirates and anything that would trigger a “weird fiction” aficionado.

Don't Read it For:
Absence of intellectual stuff. This book will give you a trip, not change your life.

What makes this book stand out?:
Many readers themselves felt a bit high and delusional with life after they turned the last page. In this sense, it is a quite surreal piece. 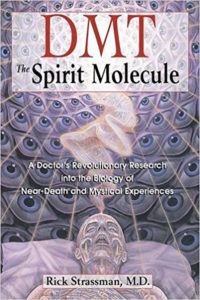 Dr. Rick Strassman conducts an ambitious project where he tries out one of the most powerful drugs, DMT on 60 participants. The aftermath includes the subjects questioning their life, their government and feeling that aliens will abduct them.

Read it For:
How visions can seem real? How can we look through the eyes of such people and try to understand their nature?

Don't Read it For:
At 384 pages, the book’s research and findings might feel a bit tiring for readers.

What makes this book stand out?:
The DMT affects the pineal gland and results in a truly transcendental experience (at least for those on DMT), and the descriptions of these stages would make you gape in awe.

Fear and Loathing in Las Vegas 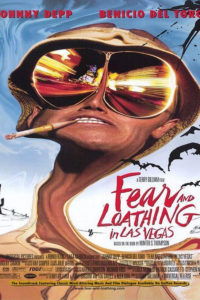 An awkward journalist embarks on a crazy ride to Vegas to beat monotony but he gets too high, and things got nasty.

Read it For:
An interesting account of changing cultures in the 1960s and ensuing decades making it one of the 10 best-selling psychedelic books.

Don't Read it For:
The plot doesn’t move really, and if you want a book to be hooked to from the start, this might not be your choice.

What makes this book stand out?:
It mixes fact with fiction, conjured up experiences as well as autobiographical experiences led to the rise of a new genre gonzo-journalism. 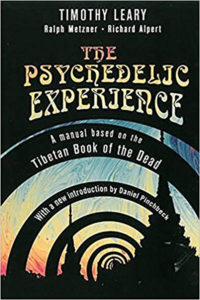 A must read in the list of psychedelic books, it is a collective account in support of the spiritual freedom that many psychedelic figures undertook.

Read it For:
It’s like an encyclopedia to know everything and anything about psychedelia

Don't Read it For:
A little intense stereotyping of hippies.

What makes this book stand out?:
It is not only an essential read for those interested in psychedelia but is also a major work on philosophy (Tibetan ideas of death and rebirth).