As so many new technological advancements is taking place, many people are turning towards computers for carrying out most of the work. There are several methods they are adopting in order to learn about the different aspects of computers. One of the most sought-after way is learning through books. There are loads of computer books available nowadays that cover almost every imaginable aspect of computers. Be it computer language, hacking, algorithm, software, or hardware, there are so many popular books on computers.

The large number of books available on various aspects of computers makes it quite overwhelming to decide which one is the most suitable according to our needs and requirements. Depending on your interest below is a list of books on computers by some of the famous authors. This list is also a brief guide which points out the things to expect from each of the books so that you can choose the most suitable one based on your needs and requirements. 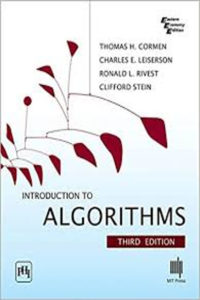 This work of Thomas H. Cormen, Charles E. Leiserson, Ronald L. Rivest, Clifford Stein covers a broad range of algorithms in depth and making it accessible to different readers at the same time. It uses pseudo-codes and not specific programming language for study of algorithms.

Read it For:
This book has chapters that are relatively self-contained and can be considered as a unit of study for individual algorithms. The elucidation is deep and offers full coverage with nice pseudocode but in a basic manner.

Don't Read it For:
This book requires some decent mathematical background as the focus is more on its mathematical properties. It shouldn’t be your first ever programming world interface. One needs to know at least one programming language. It is not intended for surface-level understanding

What makes this book stand out?:
The pseudo-codes in the book is very relatable for anyone with some programming experience. Each section ends with exercises and each chapter with problems. It is admired for its in-depth and thorough coverage of topics.

Code: The Hidden Language of Computer Hardware and Software 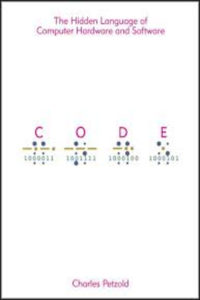 Charles Petzold shows us how exactly the computer functions. The book explains from the scratch of design and workings of computers and how the machine use logic to compute numbers.

Read it For:
The book doesn’t demand any prior expertise in computers. It begins with first principles of language, computing and, logics. Petzold gradually ascends from basic building blocks like Morse code, number system to explain gates, relays, circuits and vacuum tubes.

Don't Read it For:
The book may not be very suitable for those who are looking for entire technical summary of a computer. It is more of a fundamental book.

What makes this book stand out?:
One can literally peep into inside world of computers. It actually relates the machines to the real world context. Even a layman can discover the techno inside him, once he reads the book.

The Soul Of A New Machine 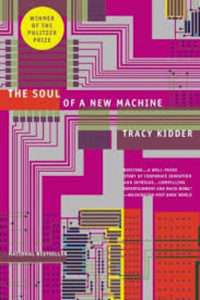 This old book by Tracy Kidder is a non-fictional book. He actually observed and wrote down the real struggle and efforts of computer programmers at Data General Corporation. The machine that was developed under pressure was launched in 1980.

Read it For:
The plot of the book is real life account of programmers at Data General Corporation, a minicomputer vendor in the 1970s. It challenges the traditional management system and time to market constraints. It describes the real challenges they faced in such small delivery timeline.

Don't Read it For:
It is not intended for readers who want to get theoretical insights into programming or algorithms. It focusses more on the practical scenarios that one has to face during work.

What makes this book stand out?:
The book is an inspiration for many new ventures still today. It in a real time scenario described the passion, dedication and management skills required especially when you work under pressure.

Hackers: Heroes of the Computer Revolution 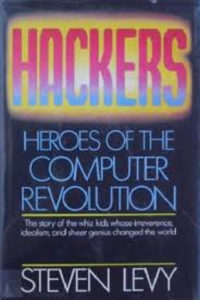 Steven Levy R’s book is a description of individuals and machines that were mainframe hackers from MIT Tech Model Railroad Club. He brings forth the viewpoint of hackers which was a revolutionary approach for a computer book.

Read it For:
It marked the birth of the "hacker ethic". It shows the personal computer revolution. It also focusses on games and key developers and companies at that time. It talks about open system, bureaucracies and, hacking abilities.

Don't Read it For:
One might not feel ethical about the fact that such big revolution happened without any formal permission. Some sections of the book may seem worthless.

What makes this book stand out?:
The journey of early days of the invention of personal computing and evolution of the hacker mentality cannot get a better accounting than this book. 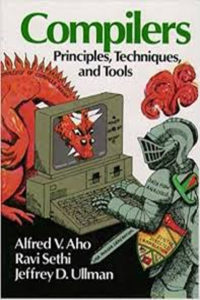 The book by Alfred V. Aho, Monica S. Lam, Ravi Sethi, and Jeffrey D. Ullman is a dedicated account on compiler construction. It covers all different aspects of a compiler in a relatively small space.

Read it For:
An interesting, unique insight in the world of compliers which is not considered as a very easy subject. The book is a very approachable theory-packed book.

Don't Read it For:
The book may seems outdated for some as we look on development of new compilers and interpreters in the past few years. It should not be considered as a guide on how to make a state-of-the-art compiler or teach you how a specific implementation came in existence.

What makes this book stand out?:
Not only it is one of the best books on computers, it is one of the only references on the subject of compilers as a whole. It is very well-written and contains a huge amount of information explaining several tricky concepts theoretically.

Structure and Interpretation of Computer Programs 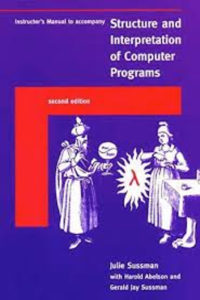 This book teaches the principles of computer programming like interpreters, modular programming, assembler and virtual machine. The book makes the subject interactive with use of fictional characters like Ben Bitdiddle and Eva Lu Ator. Basic axioms of programming are further nurtured with examples and exercises.

Read it For:
If you want to study core computer science concepts then this book is your absolute destination. It is about understanding the computer as an abstract machine used to manipulate information. The example programs developed in the book are real, large, and stimulating.

Don't Read it For:
The book is not about learning computer programming but its principles, nor is it a book about software engineering. It may be too tough for beginners.

What makes this book stand out?:
The author has used different formatting tactics which improved the reading experience for the readers. 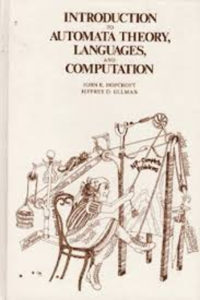 Read it For:
It contains both basic and advanced concepts with sufficient step-by-step examples and illustrations.

Don't Read it For:
The book might seem confusing at some spots. One must not look forward to many practical examples. Knowledge in discrete mathematics is required.

What makes this book stand out?:
The book broadly covers the prominent concepts of grammars and languages of computing theory with related instances.

Advanced Programming in the Unix Environment 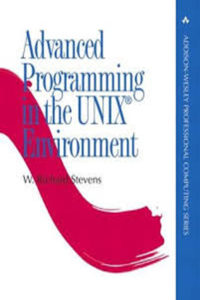 This book about programming in UNIX is considered as one of the best book on the subject. It is appreciated for its standards and promotes a coherent programming style and interface.

Read it For:
The book covers most of the major Unix APIs and shows you not only how to use the interfaces but how to use them properly and securely. It is very approachable and readable.

Don't Read it For:
The book is not easy to read. It requires persistence. If you are not comfortable with C language then it is not advised to read this book first.

What makes this book stand out?:
It’s a phenomenal book delivering a wonderful insight into the details of Unix architecture and programming. 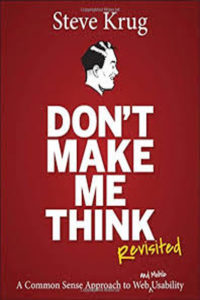 This book by Steve Krugd depicts the human–computer interaction and web usability.

Read it For:
The book is essential to Web designers and developers around the world. Importance and basics of usability testing are widely covered.

Don't Read it For:
The book is essential to Web designers and developers around the world. Importance and basics of usability testing are widely covered.

What makes this book stand out?:
The book can revolutionize the way you think about Web design in a very simple language. 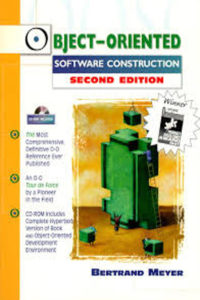 The book Bertrand Meyer is a detailed account of Object-Oriented concept. It teaches main object-oriented techniques like inheritance, class and, object.

Read it For:
It shows how to apply the method in various languages and environments. It explains object-oriented techniques in an illustrative manner

Don't Read it For:
Some of the readers may find it very much theoretical.

What makes this book stand out?:
Use of software quality factors of correctness, robustness, and reusability make it address several ignored problems of software engineering.