No matter how old are you, the back to school or university memories has the power to attract anyone. Be it a nostalgia for scholarly traditions, a need to buy books or just the satisfaction that you don’t have to sit in class ever again. If you are gratifying yourself without any school work, you may take pleasure in another tradition: the campus novels. Campus novels are the novels whose main deed is set in and around the campus and life of the university. The novels are also called as “Academic Fiction or novels”. Academy has imaginary idealistic notions that attract most people. Campuses provide rich productive raw material for fictions spreading throughout the world. The trend of campus novels started a century ago in European countries. There are many novelists who have highlighted the lives of teachers or students in any similar seat of learning as its setting or within university and consist of academics as principle characters. Most of the campus novels are critical of any aspect of life and are usually comical and sarcastic. Many novelists try to focus on the struggles of academic life that characters undergo when caught between practicality and idealism. Here are some popular and best-selling books on campus. Have a look.

The Book of Common Dread 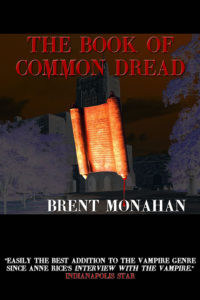 Vincent DeVilbiss was a 500-years old vampire descends on Princeton, whose great earthly love is for Bach and a classically beautiful women, in this unengaging supernatural thriller. The bloodsucker has an ulterior motive to destroy a pair of ancient scrolls housed in the Princeton Library which will reveal the secrets and make possible to defeat of the Dark Forces that control him

Read it For:
The book is for the one who loves horror fictions, vampires and mystery.

Don't Read it For:
The readers who do not like mystery and horror will not find it interesting

What makes this book stand out?:
The fresh look at vampires and their origins and powers makes the book interesting and the way stories unfold is more like a fine mystery book 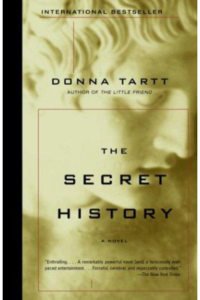 This is the story of a closely knit group of six classics student at elite Vermont College, Hampden College, similar to Bennington College. Richard Papen who was from a lower-class family also joins the earlier group of five socially sophisticated students. Later on, they reveal the secret to Richard that they killed a man accidentally.

Read it For:
The book is recommended for the people who enjoy suspense and detective stories. Murder and friendship are the two power themes of this book.

Don't Read it For:
Not recommended for people who do not like violence and suspense.

What makes this book stand out?:
The power of friendship that leads to horrible murder and suicides make it worth reading

PICTURE FROM AN INSTITUTION 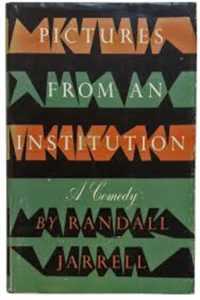 Don't Read it For:
Who does not like phoenix fiction will not enjoy it

What makes this book stand out?:
The story revolves around student life, and a relation between teachers and student 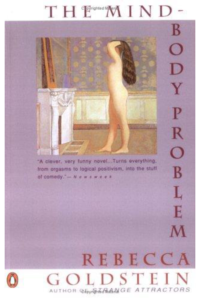 The story is about Renee Feuer’s college life and her efforts to learn how to emancipate herself from the restrictions of her orthodox Jewish background. As she discovers pleasures of the body, she also learns about excitements of mind.

Read it For:
The story gives a solution to the mind-body problems

Don't Read it For:
Not suggested for people who do not believe in mind and body problems such as love, etc. and needs an open mind to understand.

What makes this book stand out?:
It involves solutions to the prickly mind-body dilemma of sex and love, of doubt and belief 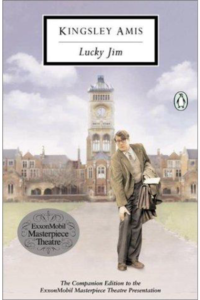 The story is about a young man who is fighting to keep a job he dislikes by attempting to charm a Professor. During his fight for the job he falls in love with the girlfriend of his professor’s son.

Read it For:
This story is an entire tradition of English Comic writing and a combination of innocence and experience

Don't Read it For:
Not recommended for people who are not interested in picaresque novel and fiction

What makes this book stand out?:
It is a humorous book that shows what a little persistence and honesty can achieve.

THE ART OF FIELDING 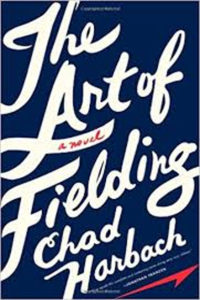 Baseball star Henry Skrimshander seems destined for big league stardom. Henry fight against his self-doubts which threatens to ruin his future. Henry’s gay roommate who is also a player becomes caught up in a dangerous affair. The story is filled with the tenderness of youth.

Read it For:
Recommended for those who love competitive sports and its struggles.

Don't Read it For:
People looking for fictions should not prefer this books as it is reality based.

What makes this book stand out?:
The novel is about ambitions and its limits, about family, friendship and love, and commitments which can entertain the readers

THE WAR BETWEEN THE TATES 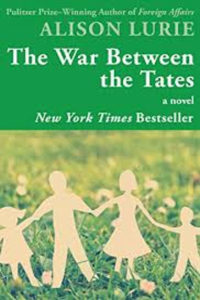 Brian Tate and his wife Erica seems to have a perfect relationship, enough money, and children. But Brian begins an affair with a female student when he was a middle-aged professor of political science. After this, Tates’ lives start to unravel alarming fast.

Read it For:
Imagined story of a family breakdown, which shows the problems that arise in academics.

Don't Read it For:
Not recommended for people who love things going their way in life

What makes this book stand out?:
The story revolves around the worlds of husband, wife, adulteress, and child with equal measures of empathy and humour. 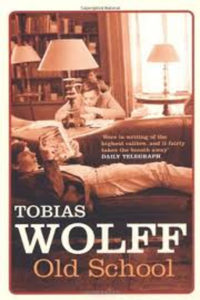 Wolff follows the events of his own life. The story describes his academic struggles, his niche in English classes, and competitions to win the worthy prizes.

Read it For:
It’s an interesting story that highlights academic struggles

Don't Read it For:
It is fictional and history mix novel, so readers who do not like fictions memoirs should not prefer this

UNCOMMON WOMEN AND OTHERS 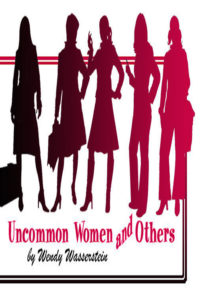 The story traces the group of young women who meet for a reunion six years after their graduation. They flashback to various important moments from their college days

Read it For:
The characters are very interesting, definite people, and not stereotypes. And the great dialogues gave by women

Don't Read it For:
Those who find it socially conscious should not prefer this book

What makes this book stand out?:
This book covers the ideas of traditions giving way to new ideas.

The Women’s Room: A Novel 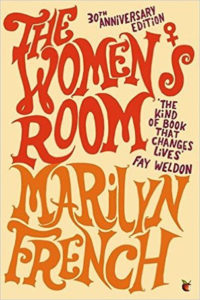 The story is about Mira, her repressive childhood and marriage, through her devastating divorce and her years as an English graduate student. She is an open-minded and independent girl, because of this she is often considered wrong by her male colleagues.

Read it For:
It is meant for people who believe in feminism.

Don't Read it For:
It requires open-mind to understand the novel.

What makes this book stand out?:
A feminist novel that awakened both women and men.