Biology is one of the major parts of our evolution. This branch of science is responsible for many things and helps us understand many things in our life. However, the study of the same is not be underestimated. Biology is more than just the study of human form, plants and the study of animal is also covered under the ambit of the science.

Apart from this our genetics and answers to how our body works are all found in the study of this science. One of the most important and enjoyable sciences, the study of this field in depths, either as an academic study or for leisure will prove to be useful.

Here are top 10 Books On Biology and all the account of everything that makes them stand out:

On The Origin of Species 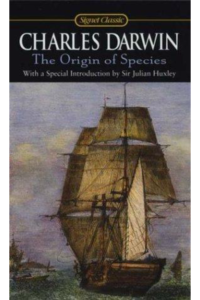 This piece of scientific literature by Darwin was written in lucid terms for non-specialists readers, and it has been making quite big figures in sales since it's release. The book emphasizes on topics such as the fertility of offsprings, period fluctuations and population thereof, survival issues, environments role in survival and more.

Read it For:
The fundamentals of biological production and resistance explained in lucid terms and therefore, it makes the book accessible by Any and every reader

Don't Read it For:
Although filled in with facts, certain gaps exists against the much interesting and definitive theories

What makes this book stand out?:
A recognized work worldwide, perhaps revolutionary in the world of bio-thesis, written about a hundred and fifty years back, which still holds true. 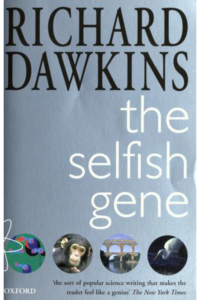 This book by Richards Gene has to deal with establishing the fact that mortal beings and their behaviors are ‘gene-centric’ and that it is not necessary for the same group of people to display the same pattern of behavior. For instance, Dawkins emphasized the fact that altruism is more likely to happen to an individual if he is a relative of an altruist. In simpler terms, the selection of individual ‘gene-level' influences the change.

Read it For:
Reliable facts about genetics and the theory about how individual human behavior is less influenced by social aspects and group behavior, Dawkins theory of behavior formation at micro-level is a widely accepted idea.

Don't Read it For:
The one reason you must not read the book for it that the theory is debatable as the ‘Veneer Theory' contrasts it.

What makes this book stand out?:
A good read that in very simple terms gets the readers familiar with theories that are relevant to date.

Molecular Biology of the Cell 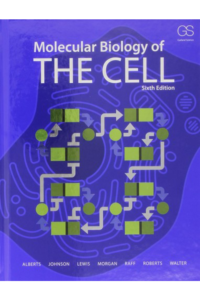 This book makes a good reference read at the University level. It deals which basic biochemistry fundamentals and highlights topics and ideas such as methods for investigating cells, eukaryotic cells and it’s common properties, genetic information and it’s expression and transition, cell behavior pattern in a multicellular being and more.

Read it For:
A detailed and one of the most effective cell biology book which is a smart pick for the ones willing to dig deep into the roots of molecular biology. Thus, it does make it to the list of books on Biology.

Don't Read it For:
The theories are a bit upscaled, mostly wholly familiar to the pursuers of knowledge in this field.

What makes this book stand out?:
A widely referred book, written in lucidity, highlighting every necessary basics of molecular biology. 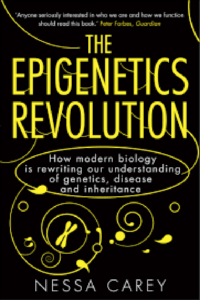 Epigenetics and everything about the process has been put down by the author in her book that deals with the issue, refuting many earlier propagated ideas while validating many others.

Read it For:
Read it if you are interested to know about what genes exactly do and how that decides human behavioral traits, their response to nearby environment and more.

Don't Read it For:
The only problem with the book is that it fails to explain theories at the base level. Excessive use of genomic terms and alphabets might let a reader just put down the book.

What makes this book stand out?:
An useful book, stuffed will all necessary information in a well-presented pattern. 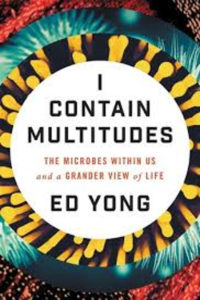 The common characteristics of the microbes are clearly made understood to the readers in the book I Contain Multitudes. Interactions at microbial level with references to some century-old theories explained more vividly is what we can decipher from most chapters.

Read it For:
You might not even know what surprising facts are waiting for you to discover them as you read on. How these microbes function to contribute to traits like light-emitting parts in the Hawaiian Bobtail squid, how breastfeeding in human babies keep the good bacteria which is essential a factor for the baby's nourishment and many more.

Don't Read it For:
A haywire presentation of ideas in the books that obviously could have been compactly presented.

What makes this book stand out?:
A book full of little surprises, a light read and yet effective and definitive about whatever it puts to light. 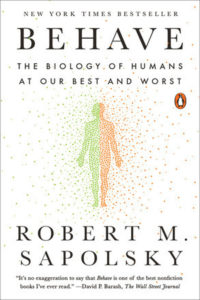 Read it For:
Every neurological, hormonal change that takes place on the inside of the brain as and when we receive stimuli is presented which would surely appeal to the readers who would like to know more about human anatomy.

Don't Read it For:
At a place in the book, it seems that the reader contradictions himself by highlighting a different notion about the same topic altogether. The readers may find that odd.

What makes this book stand out?:
Brings in a new idea, that all of us are dominated by stimuli and that it is not our own free will governing our actions, which is highly appraised by the readers. Thus, it is among the popular books on Biology.

The Biology of Belief 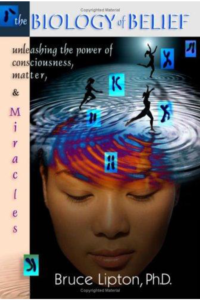 The book carries the striking research works that present accounts on how an after information is received by us, it is processed and channelized in the form of a reaction. Also, Lipton re-establishes facts on how our DNA is not the master controller of human biology, but it itself is manipulated and controlled by signals from the outer side of the Cell.

Read it For:
The readers will surely glide easily through the pages, the author has given a ground level explanation to greatest theory in biology. Readers will also understand anatomy better as ideas regarding how and to what extent the environment controls our genes, what effect do our thoughts bear on our physical self, and learn the practical ways to bring our stress and fear in control. Totally worth the money, ain't it?

Don't Read it For:
It is debatable to what extent the facts in the book are correct as a lot of critics label them as ‘pseudoscience.’

What makes this book stand out?:
It is one of the best-seller books on Biology that makes the reader curio 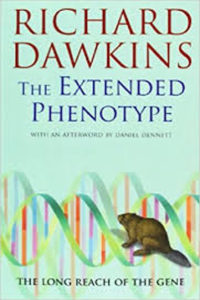 The book is a breakthrough as it highlights that phenotype is not only restricted to the synthesis of protons and tissue growth only, but their function in the human body is a way beyond what has an idea about as yet

Read it For:
Read it to know how through an organism’s behavior the genes have an effect on the environment and how the environment in return drives genes to be active on their part.

Don't Read it For:
The Extended Phenotype is a sequel to The Selfish Gene by the same author and therefore appears to carry some repetitive ideas like the ‘gene-centric' view to life and more. The readers who had read the former by the same author work might not have much to look for.

What makes this book stand out?:
An interesting topic to read about with ideas that let the readers follow the book with equal curiosity to the end. Definitely, a must mention on the list of top 10 best selling books on Biology. 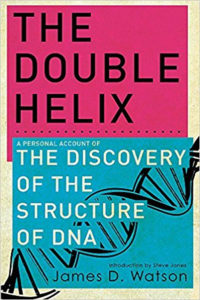 This autobiography by James Watson is entirely based on his discovery of the structure of DNA in the year 1953. The accounts in the booklet the readers have a close up look at the scientific discovery.

Read it For:
The account of one of the greatest discovery in science, the discovery of the structure of DNA, in the first-hand narrative, is not to be missed out for every science-enthusiast as well as non-enthusiast at all.

Don't Read it For:
The book received a lot of criticism for having boasted more of personal achievement rather than having laid emphasis on the actual discovery.

What makes this book stand out?:
It is undoubtedly a book which closely captures a great discovery and presents it to the readers to read, question and imbibe.

Life on the Edge 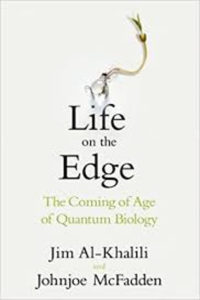 Life on the Edge explains simple yet mind twirling science behind every natural thing in the World-famous the smell of oranges, the song of ravens; the soon perished humongous dinosaurs and what not. An utterly interesting account that would make you believe that mother nature is actually science!

Read it For:
Makes up an amazing read that is filled with an ever fancy revelation about nature and creatures and how life evolved on Earth that would ultimately leave you gasping in awe.

Don't Read it For:
The book contradicts fundamentals of chemistry in shades but not entirely to any readers dissatisfaction.

What makes this book stand out?:
The science behind the entire ‘wonder-world' exposed. A piece of work that is always mentioned as one of the best books on Biology.