Agriculture forms an indispensable part of human existence, covering varied basis of our survival. We are all aware of the farmers who keep our bellies filled, the scientists who research the good and the bad, the change makers who revolutionized the agricultural sector. But are we really giving them and their work the credit that is due?

As we move towards the making of an exclusively informed world, the field of agriculture is striving to make itself visible through literature. Many visionaries of this sector have contributed some of the best books on agriculture to increase the level of general public awareness. From scientific research and analysis to the inspirational stories of change, the realm of agricultural literature is as varied as it is intriguing. 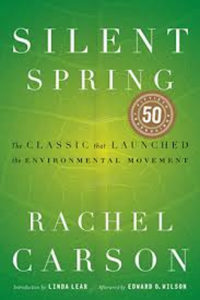 Regarded as one of the most effective books of environmental science, Rachel Carson’s Silent Spring emphasizes on the issue of the poisonous aftermath of pesticide use. This book informs us of the dangers of pesticides are traced on not only plants and animals but humans as well. It lashes out at the chemical industries that are creating a diseased legacy for the generations to come. It is an eye-opener, revealing the harms of pesticides and starting a revolution in itself.

Read it For:
The insights that the book provides on the issue of breeding poison in our farms. It provides you a solid call to action and moves you to debate about what is really going on.

Don't Read it For:
The book was first published in 1962, therefore, making some parts of it out-dated for the current generation.

What makes this book stand out?:
Here is one of the most popular books on agriculture which discusses the issues of the environment with the skill of a nature poet. Carson uses poetical language and imagery to make you want to care for the environment, deeply and unflinchingly. 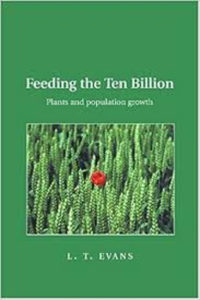 Celebrating the 200th anniversary of Malthus’ essay on The Principle of Population Growth, Evans’ book traces the links between population and agriculture. It provides a mixed analysis of the past and the present, citing examples from many countries, to offer a plan for the future regarding the issue of population. There is a discussion of the potential problems that can result from the continuous growth of population vis-à-vis inconsistent agricultural development.

Read it For:
Its interesting analysis of the interdependence between agriculture and population gives it a deserved nomination in the list of books on agriculture. Evans’ optimistic view of agricultural technological advancement and population control make this book an impressive read.

Don't Read it For:
There is the persistent use of technical jargons throughout the book which might or might not be introduced properly.

What makes this book stand out?:
The book’s argumentative design renders it helpful and informative for a multitude of specialists, from agriculturists, engineers to economists, biologists, and the common folks

The Art and Science of Shepherding: Tapping the Wisdom of French Herders 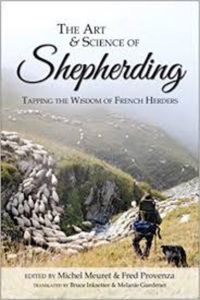 As the titular reference makes it clear, this book is an in-depth study and analysis of the practices of shepherds and herders in France. Not only that, the book recites how these local, uneducated men have great lessons to contribute to the world of science and agriculture. It traces the concepts and components of shepherding that make the practice important to pastoralism as an economic activity

Read it For:
The unique idea that this book touches upon – how does the activity of shepherds impact the world of science and economy? It is a piece of far-fetching designs.

Don't Read it For:
Its over-emphasis on the conceptual part of shepherding makes it uninteresting at times.

What makes this book stand out?:
The book is a collection of fifteen research papers. One of the top 10 best-selling books on agriculture, it gives you the varying outlook of different researchers directed towards a single objective.

The Man Who Fed the World 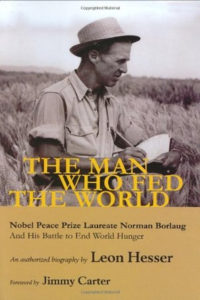 This is a book which contains the ideas an environmental understanding of a Nobel Prize Winner, Dr. Norman Borlaug. It traces Borlaug’s experiences with famine and poverty. It is a narration of his ideas about increasing agricultural production and decreasing the situations of famine. It is an assortment of his research findings and suggested a methodology for farming.

Read it For:
It is one of Bill Gates’ top favorites.

Don't Read it For:
It gets a tad too scientific in its discussion where Borlaug talks about his research methods and results.

What makes this book stand out?:
This is an inspiring story of a one-man army who strove to end world famine. It will motivate you to work for the same.

Breaking the Sheep’s Back 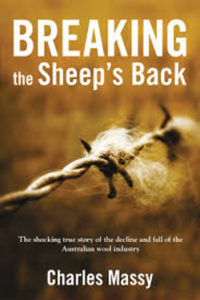 This is the true story of the colossal collapse of the 10-billion dollar wool industry of Australia. With a thorough account of the history of the industry, this book reveals the reasons for one of the biggest blows in the business. A name among the popular books on agriculture, Massy strives to detail the scandalous backdrop of this national catastrophe.

Read it For:
An untold story, it exposes the political deceit and betrayal on a scale as humongous as such which shook the entire nation. It is a must-read narrative of Australia’s biggest business downfall.

Don't Read it For:
It is not a light book and might sometimes take a toll on your brain.

What makes this book stand out?:
It gives you a very different perspective of the agricultural sector bringing in the political scenario behind that tackles the farms. 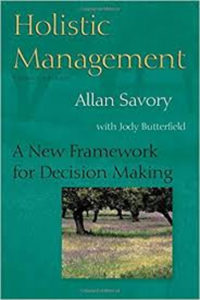 Regarded as one of the best books on agriculture, this book is an innovative approach towards agriculture. It is a collection of 21st-century philosophies and methods that are viable for establishing a relationship between people, agriculture, and business. It gives you a view what agriculture should and must look like in the future.

Read it For:
The plain and clear ideas conveyed in the book for the development of our current agricultural setup.

Don't Read it For:
The farm-oriented and market-oriented lessons can turn out to be monotonous at times.

What makes this book stand out?:
It makes you contemplate as an agriculturalist, a businessman, a common man. It makes you look for solutions on and off the farm. 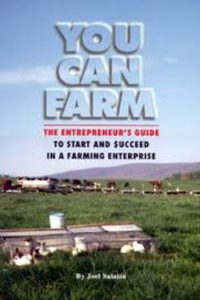 A one of its kind, this book deserves its name in this list of books on agriculture. This is a step-by-step guide on how to become a successful farmer. It discusses every aspect of farming, from setting a farm to developing the market scene. It gives you the right resources about starting a farm.

Read it For:
Salatin keeps you engaged throughout the book and takes you on a journey towards a revolutionized farming setup.

Don't Read it For:
It goes on to become redundant at times during its discussion on farming.

What makes this book stand out?:
As an easy-to-understand guide to farming, this book is all you need to get started and accomplish farming and rearing career.

Banana: The Fate of the Fruit That Changed the World 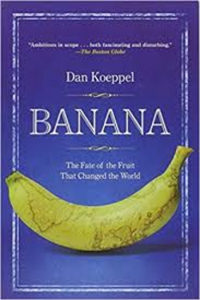 An award-winning journalist, Dan Keppel, embarks on an adventurous journey of exploring the history, cultural significance, and the future of banana. In a thought-provoking read, Keppler journeys from the Garden of Eden to 20th century Central America to present-day banana plantations worldwide. His sole purpose is to understand the past, present, and future of this beloved fruit.

Read it For:
The untold facts and stories about as common a fruit as a banana. It gives you food for thought.

Don't Read it For:
There are too many specifications about the science of fruit-making.

What makes this book stand out?:
This book is a narration of a sci-fi superhero story, banana being the protagonist. It is fascinating to know so much about a commonplace fruit. 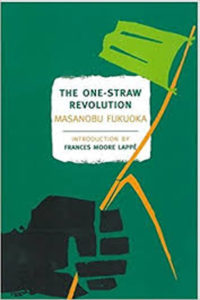 This is the story of a laboratory scientist in Japan and his struggle with natural farming methods while the country strove toward modernization. Laden with rich philosophies on agriculture and life at large, this book gives you the right and radical ways of looking at farming, food, and science.

Read it For:
The forlorn voice of a man who refused to use synthetic means of progress and resorted to nature for farming.

Don't Read it For:
The forlorn voice of a man who refused to use synthetic means of progress and resorted to nature for farming.

What makes this book stand out?:
It is the account of Japan’s first ever alternative farmer and recites his views on agriculture and business.

The Third Plate: Field Notes on the Future of Food 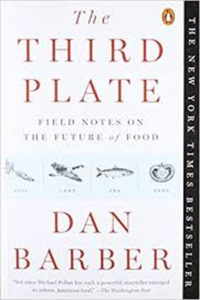 This is a book about Barber’s creation of a dish which he named Rotation Risotto. He uses this dish to explore and argue about a new method of farming and production. One of the top-selling books on agriculture, this is an assortment of Barber’s farm-to-table philosophy.

Read it For:
Dan Barber is a successful chef and here, he takes on the role of a writer and a thinker to bring to you a new approach to agriculture. He has put in a good amount of humor as well

Don't Read it For:
Barber ventures to establish a utopian farming community and tries to sell a cause which is near impossible and unbelievable. The book seems short-sighted.

What makes this book stand out?:
Here is a chef who draws excellent connections between the world of science and food, to enumerate the ways through which we can improve both.