Texas Bluebonnet Books Awards is an yearly award given to one of the 20 nominated books. The award decorates books that are educational and aim towards the middle-grader readers. We will look upon the 20 books nominated for this year.

Rutherford B Who was He ? 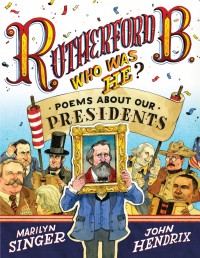 The United states of America had had forty-three men as the President. Marilyn Singer's book is a complete set of poems dedicated to each president and their time as the President of the USA. She has used her impeccable rhythm and rhyme to write this great educational book for the middle-graders of the US to learn about their country's first men. 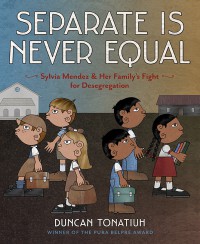 Sylvia Mendez proposed and brought an end to the segregation of schools in California according to race. Sylvia was of Mexican and Puerto Rican heritage with great command in English. With the help of the Hispanic community and justice system, they brought an end to the discrimination. Duncan Tonatiuh's educational book is a must have for all the middle-graders of US as it talks about the discrimination that existed previously and promotes a sense of empathy among the generation which prevents any kind of discrimination. 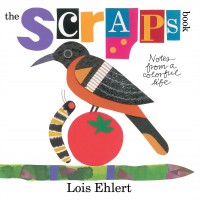 Lois Ehlert illustrated the wonderful process behind writing and producing process of books. This is a wonderful book to encourage creativity among young readers.

The Ghosts of Tupelo Landing 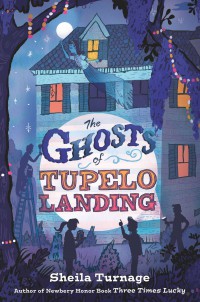 This is the sequel of the best-seller, Three Times Lucky and is an equally intriguing work by Sheila Turnage. Miss Lana buys an old ghostly inn at Tupelo Landing, and seeks help of Mo and Dale, who want to find out the identity of this ghost. Haunted by the ghosts and the past, Tupelo Landing becomes a horrifyingly funny place to visit. 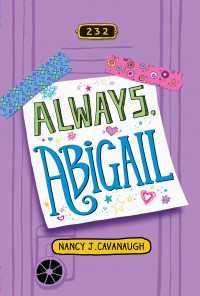 Nancy J. Cavanaugh's shows us the two things young children crave, popularity and friends. In this book there is a dilemma and a hard choice between popularity and friendship. Abigail and her two best friends get separated and Abigail is paired up with the school outcast, Gabby Marco for an yearly assignment. Should Abigail aim for the moon or choose a true friendship ? 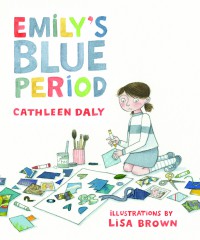 Emily is a painter by passion following legends like Pablo Picasso. Emily's life is not at its best, rather its quite morose. Picasso painted in blue while he was sad, and so Emily will in her period of blue. Cathleen Daly profoundly tells the story of Emily and her odyssey with sadness to understand happiness. 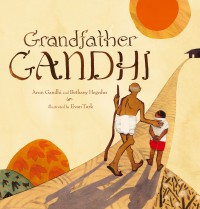 The grandson of the Mahatma himself tells the story of the Father of the Nation in this breathtaking novel. It is of the time when the Mahatma taught Arun the true meaning of peace, as he helped him keep his anger at bay. Can Arun make his grandfather proud, can he truly be a Gandhi ? 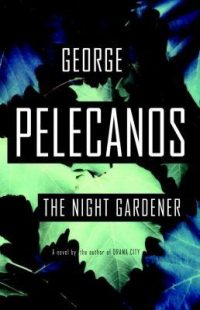 The Night Gardener is a spooky moral fable by Jonathan Auxier and a classic in making. Two Irish siblings work as servants in a scary manor house with a weird bunch for its residents. They discover the ancient curse that threatens the family and an odd spectacle in the process.

The Hero’s Guide to Saving Your Kingdom 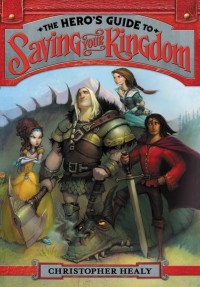 The Prince saves the Princess, they fall in love and live happily-ever-after. Well, let's not leave them there, what happens after is the Princes are kicked out of their castles and they travel to overtake their shortcomings. In their journey they stumble upon a devious plan that threatens to destroy their kingdom. They have to save everyone, again. This is a must-have fantasy book for the middle-graders. 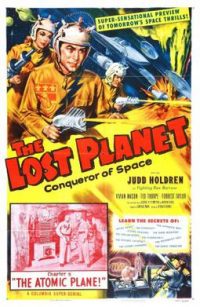 The Lost Planet is a science fiction for the middle graders, by Rachel Searles. A boy wakes up with a wound on the back of his head and no memory of what happened, in the presence of a man, allegedly his guardian angel. The protector, Chase Garrety has a message "Guide the star". 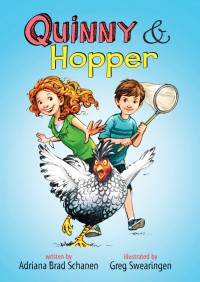 Quinny is talkative, fast girl with great ideas, while Hopper is a reserved, cautious and a problem-solver. Through all the differences they still are the same, but now things will change. The Third Grade brings about bullies, killer chickens and harsh rules that stop them from being friends. Adriana Brad Schanen serves a witty and smart book for middle-graders. 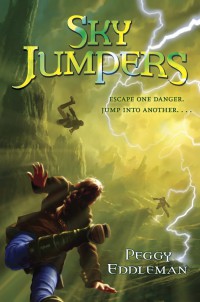 In a post apocalyptic, post World War III world where Green Bomb's have destroyed everything, invention is the key to survival. A young boy Hope lives in White Rock, but he is a terrible inventor. He is more of a daredevil than an inventor. The bandits have discovered that White Rock has invented terrific antibiotics that could fight the oncoming disease. White Rock needs someone to take risks and go past the cliffs up the mountain to get help. Can Hope and his friends provide at this time of need ? The book by Peggy Eddleman is a wonderful depiction of a surviving world, and ignites the fire of imagination among young students. 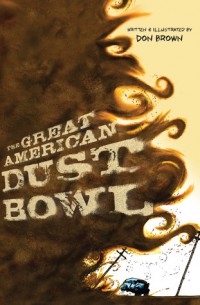 On a Sunday, April 14, 1935 a great wind whirled millions of specks of sand and formed a beastly sand storm that overwhelmed America's Southern Plains. This is a novel about one of America's most dangerous natural catastrophes: The Dust Bowl, that caused great damage to property and life. Don Brown produced a very graphic and living memory of the coarse event.

When the Beat Was Born: DJ Kool Herc and the Creation of Hip Hop 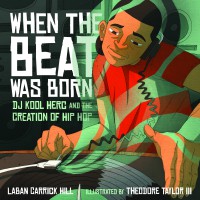 Clive Campbell became the first DJ ever on a party thrown by his sister in the backyard of their house. This is when hip hop was born and he called himself DJ Kool Herc. Known by Kool Herc he defined and established what is now known as hip-hop. Laban Carrick Hill's non-fiction is a strong biography of the first DJ and father of a new culture. 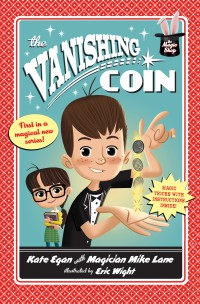 Mike is an impulsive and overly-active kid at the fourth grade who ends up in the principal's office pretty often. Grounded and forced to spend time with his neighbor Nora, who is a behaved and good kid. This routine that Mike initially wasn't looking forward to, becomes exhilarating when they find an old magician's shop and the owner. Mike the Magician, will the dream come true ? 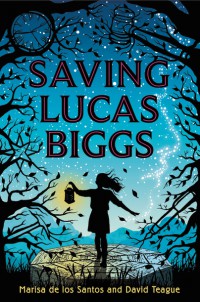 Margaret's father is punished with a death sentence by the corrupt Judge Biggs, and she is adamant to save his father. She with the help of her friend travels time, which is forbidden and plans on changing the events that made young Biggs to become an nefarious man. Marisa de Los Santos's book is an educational and comprehensive moral parable for young readers. 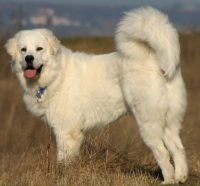 Tony is sent to live in Sierra Nevada after his mother is incarcerated with his uncle. His mountain dog Gabe saves and rescues him from the scars of his past and in it, Tony finds the love he had lost. Mountain Dog by Margarita Engle is a beautiful story of the Man's Best Friend, living up to its reputation. 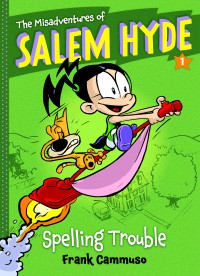 The book that introduces Salem Hyde, an eccentric and impulsive child witch and her equally strange cat Percival J, Whamsford III. She adamantly enters the spelling bee contest knowing for a fact that she's better at spells than anybody in her class, but she's in for a surprise when she realizes this is not what she thinks this is. This is the first installment of the Misadventures of Salem Hyde by Frank Camusso.

Zane and the Hurricane: A Story of Katrina 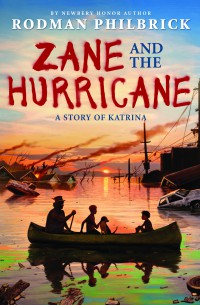 This book by Rodman Philbrick is a realistic historical fiction, revolving around the events of the hurricane Katrina. Katrina devastated the people and the book highlights the lack of government support and authorities' actions. The story is also about how people helped each other during the atrocity that shook the States.

The Right Word: Roget and his Thesaurus 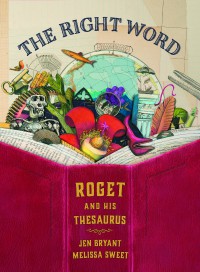 Peter Mark Roget was a shy and reserved fellow, with books as his best friends. Soon he started compiling a list of words, and organized it. His list grew and he could always find the right word to express himself. Is this about to become one of the most important reference books of all time ? The Right Word is an educational book focused towards young readers, and encourages the importance of vocabulary.