Aviation is defined as the operation of aircraft. Today, it can also extend to design and development of aircrafts. It’s a fastest growing industry in India. Flying an airplane is not easy as much as it sounds. It requires a lot of patience, focus, hard work and years of practice to be a master of flying airplanes. There are many popular books which are dedicated to the field of aviation out of which the best ones are listed below. 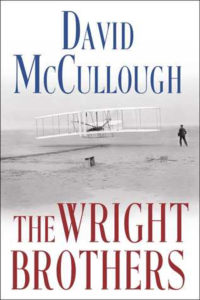 McCullough tells the dramatic story-behind-the-story about the courageous brothers who taught the world how to fly: Wilbur and Orville Wright. Born in the area of the Outer Banks of North Carolina, two unknown brothers from Ohio changed history. But it would take the world some time to believe what had happened: the age of flight had begun, with the first heavier-than-air, powered machine carrying a pilot

Read it For:
While reading the Wright Brothers story, one gets so inspired by them, their family values and their determination to achieve what was considered as impossible.

Don't Read it For:
The use of language could have been better

What makes this book stand out?:
An outstanding book about the Wright brother history and their achievements containing perfect details of their experiences and struggles. It’s the best book themed around aviation.

West with the Night 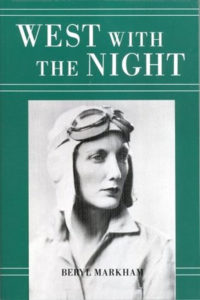 It is the story of Beryl Markham who was an aviator, racehorse trainer. The novel talks about her life in the Kenya of the 1920s and '30s. It's a perfect laid, detailed account of her struggles and achievements.

Read it For:
It's a memoir, beautifully written and makes you feel as if you are part of her journey.

Don't Read it For:
Long and gets a bit boring in between.

What makes this book stand out?:
It's written by Beryl herself, so this makes the novel different from other autobiographical novels. It’s a wonderfully written heart touching story.

Fate Is the Hunter 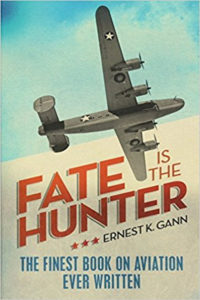 This classic memoir is an up-close and thrilling account of the treacherous early days of commercial aviation. Gann brings the account of both triumphs and terrors of pilots who flew when flying was considered to be a huge thing.

Read it For:
It's a perfect classic memoir especially for aviators. It's a treat to read for those who have a special interest in the field of aviation.

Don't Read it For:
The book is episodic, with sequential periods and incidents which disturbs the flow of reading.

What makes this book stand out?:
A story well written, and with good use of language. 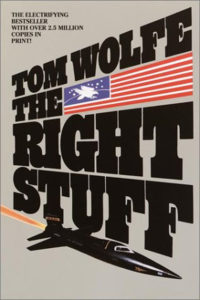 It’s the story of the inner life of the astronauts that Tom Wolfe describes with his almost uncanny empathetic powers that made. It gives a description of how Yeager, Conrad, Grissom, Glenn etc. the first Americans in space put their lives on the line of danger.

Read it For:
A well-put novel, with a writing style which is brisk, fluid

Don't Read it For:
There's a bit of repetition felt at various instances.

What makes this book stand out?:
A fascinating books and must read for all the Space, Aviation and Cold War Buffs. 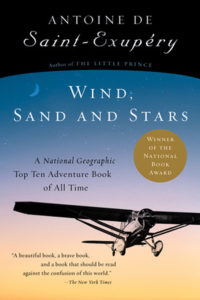 Wind, Sand and Stars capture the grandeur, danger, and isolation of flight. Its exciting account of air adventure, combined with lyrical prose and the spirit of a philosopher, makes it one of the most popular works ever written about flying.

Read it For:
An enchanting story, with perfect detailed description of everything related to aviation.

Don't Read it For:
Long and stretches a lot at various points in the story.

What makes this book stand out?:
A beautiful short memoir on adventures in flying with precisely used language and details 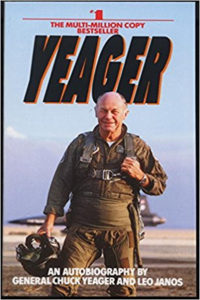 A story of General Chuck Yeager, the greatest test pilot of all time and the first man to fly faster than the speed of sound. It's his whole story in his own words, and in wonderful insights from his wife and those friends and colleagues who have known him best.

Read it For:
A well-written story of a great American hero. One gets easily inspired by reading the story and about his life struggles.

Don't Read it For:
One of the problems with the book was an occasional needless disparagement of other great figures in air combat.

What makes this book stand out?:
A great read and a fascinating story, keeps you engaged to the end.

Flyboys: A True Story of Courage 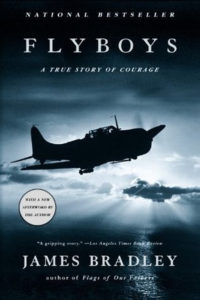 The story illuminates a hidden piece of World War II history as it tells the harrowing true story of nine American airmen shot down in the Pacific. It's a tale of courage and daring, of war and death, of men and hope. It will make you proud, and it will break your heart.

Read it For:
A story with the gripping content and language used.

Don't Read it For:
It's a difficult read because the book contains many violence and human degradation instances.

What makes this book stand out?:
It presents a marvellous overview not only of crucial events but of the history leading up to both Japan and America's involvement in that war.

Skunk Works: A Personal Memoir of My Years at Lockheed 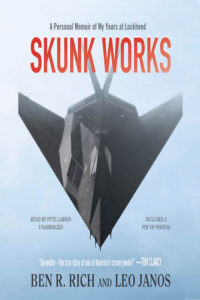 It is the true story of America's most secret & successful aerospace operation. There's drama of cold war confrontations and Gulf War air combat, of extraordinary feats of engineering & achievement against fantastic odds. The book tells about the experiences at Lockheed during the 1950s.

Read it For:
It's a book which is well written and moves right along with the story.

Don't Read it For:
It gets dry and boring in between.

What makes this book stand out?:
A well-written novel with perfect details on everything considered important.

Flight of Passage: A True Story 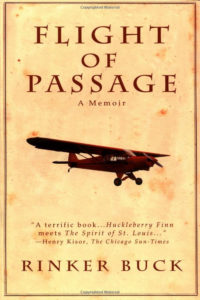 Writer Rinker Buck looks back more than 30 years to a summer when he and his brother, at ages 15 and 17 respectively, became the youngest duo to fly across America, from New Jersey to California. It's a story of adventure and family drama.

Read it For:
A story with unforgettable characters that make for a memorable read.

Don't Read it For:
It's not that engaging, and you feel its end was made unnecessarily late.

What makes this book stand out?:
Those interested in aviation may find this a good read. 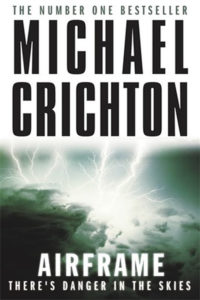 The story starts with a twin jet plane en route to Denver from Hong Kong when suddenly a call comes through  air traffic control saying there's an emergency. The pilot requests land and then comes a turning point of the story, he needs forty ambulances on the runway. Ninety-four passengers get injured while three are dead. The interior cabin virtually destroyed. What really happens on the flight is something to read about.

Read it For:
A compelling story which keeps you engaging throughout.

Don't Read it For:
It could have been cut short and not unnecessarily stretched.

What makes this book stand out?:
A pleasure to lead and a well-written novel it has an engaging and a fascinating plot.