Alexander Sergeyvich Pushkin (1799-1837) was a Russian poet, novelist, and playwright. Said to be one of the pioneers of literature in Russia, his fairy tales written in verse made for some of Alexander Pushkin’s best sellers. He is also well known for his short stories and his poetic plays.

Alexander Pushkin’s best book is his novel, titled Eugene Onegin, and is written in verse. Several of his works have been adapted into films 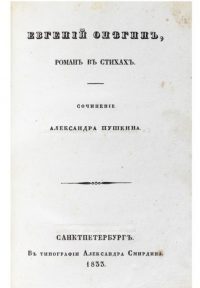 The protagonist of Alexander Pushkin’s popular novel, Eugene Onegin is a man of superficial tastes. When his friend, Vladimir Lensky, introduces him to his fiancée’s sister, Tatyana, she falls in love with him but is offhandedly rejected. The peripatetic of the novel follows her rejection in this simple tale of Pushkin’s.

Read it For:
The ending, where Tatyana takes one for the girls’ team!

Don't Read it For:
If you do not like stories written in verse, this book is probably not for you.

What makes this book stand out?:
The fact that a female character is given this much power, especially for the time period during which this was written. 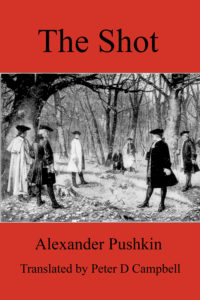 The first short story in his series titled The Tales of the Late Ivan Petrovich Belkin, The Shot revolves around a renowned marksman named Silvio who seeks revenge from a Count for having devalued his life and resultantly damaging his reputation.

Read it For:
The unfolding of the events, and the evolution of Silvio’s character.

Don't Read it For:
Do not read this book if you seek violence and bloodshed!

What makes this book stand out?:
Silvio’s thoughtfulness and consideration in spite of being the best marksman around, as well as the autobiographical components of the story. 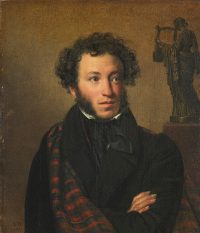 This short story in the second one in Pushkin’s series, The Tales of the Late Ivan Petrovich Belkin. The Blizzard or The Snow Storm is a tragic and yet hilarious story of coincidences which traces the happenings and events in the life of a woman named Maria Gavrilovna who intends to elope with her forbidden lover.

Read it For:
The turn of events in the story, and the happy coincidence of it all.

Don't Read it For:
Do not read this story if you are not satisfied with perfect, happy endings!

What makes this book stand out?:
The laughable coincidence that changes the tone of the entire story.

The Moor of Peter the Great 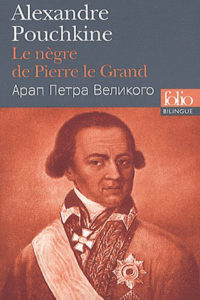 This Alexander Pushkin book was left unfinished. However, it does paint beautiful pictures of French society in the early 18th century and follows the life of the Moor, who is successful in both business and love.

Read it For:
The exquisite descriptions of the setting.

Don't Read it For:
The ending. It does not have one!

What makes this book stand out?:
Undoubtedly the rich detail and description of society at the time. 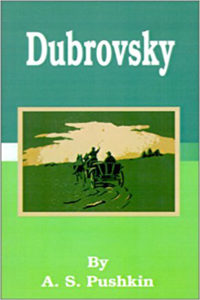 Published after Pushkin’ death, Dubrovsky is also an unfinished novel that tells the story of a young Vladimir Dubrovsky whose lands are snatched by an aristocrat. Infuriated, Dubrovsky rebels and revolts against this injustice and turns into a Robin Hood of sorts. He then, however, falls in love with the aristocrat's daughter, which predicts his doom.

Read it For:
The themes of justice, and historical insight into the administration of land in Russia in those times.

Don't Read it For:
And again, this book does not have an ending!

What makes this book stand out?:
The classic tragedy of events.

A Journey to Arzrum 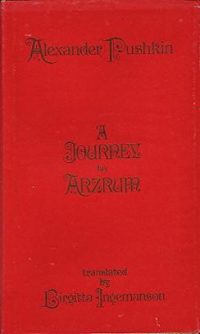 A Journey to Arzrum is a work of literature that essentially traces Pushkin’s travels abroad during the Russo-Turkish War.

Read it For:
The firsthand insight into Pushkin’s mind and his perception.

Don't Read it For:
This is not a work of fiction!

What makes this book stand out?:
The fact that is a representation of Pushkin’s raw thoughts and experiences. 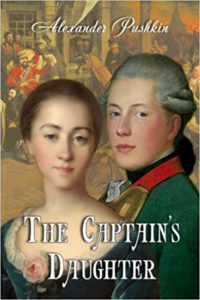 This historical story tells the story of Pyotr Andreyich Grinyov, who is sent away at 17 to provide service in the military. When Pyotr gets caught in a blizzard, a man whose identity is in extreme danger to the military saves him and later befriends him. The story weaves in and out of Pytor’s life in the military, his love interest and their journey to coming together.

Read it For:
The complex intertwining of plots and the final resolution.

Don't Read it For:
Historical works of fiction are often dull, and may not capture the attention of most readers.

What makes this book stand out?:
The uncanny friendship between two rivals.

The Tale of Tsar Saltan

The Tale of Tsar Saltan is a story about the son of the youngest of three royal sisters. Prince Gvidon’s jealous aunts remove him and his mother from their kingdom in secret, intending to have them killed. The story follows Gvidon’s consequent interactions with a beautiful swan and other enchanted creatures to help him seek justice and return to his rightful kingdom.

Read it For:
The enchanted components that drive the plot.

Don't Read it For:
The unusually convenience of the progression of the plot.

What makes this book stand out?:
This story is quite different from Pushkin’s other works; it is a fairy tale!

The Tale of the Golden Cockerel

An Tsar by the name of Dodon demands his astrologer for help when he begins to feel threatened by a neighboring kingdom ruled by a beautiful Tsaritsa. The astrologer gifts him with a golden cockerel that has magical powers, and the Tsar uses it to assure this threat. The story proceeds to describe the incidents that occur between Tsar Dodon and the Tsaritsa.

Read it For:
The elements of enchantment and the folly of the Tsar

Don't Read it For:
If you do not enjoy fairytales, put this book away!

What makes this book stand out?:
The cunning of the Tsaritsa paired with the foolishness of the Tsar.

The Bronze Horseman is a narrative poem that describes the planned conquests of Peter the Great, and eulogizes the city of Petersburg. The consequent verses are dedicated to the story of Evgenii, who pines for a woman named Parasha and goes insane when he cannot find her, evoking a statue of Peter to animate and kill him.

Read it For:
The tragedy of Evgenii, and the ode to the city of Petersburg.

Don't Read it For:
The apparent disconnectedness with the subjects of the verses, and the odd, unnatural ending to the poem.

What makes this book stand out?:
The way that it is constructed in narrative style adds immensely to the appeal for The Bronze Horseman.