2016 saw a bevy of superhero movies hitting the big screen from DC to Marvel and the end result is a spurt in the number of mainstream and indie comics with exceptional graphics, storyline, and characters. Here are some of the top 10 comic books of 2016 that relate to the comic con scene in India. 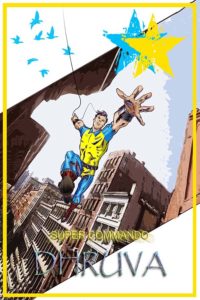 The basic premise for this comic book follows in line with most of the other super heroes from all over the world, and takes place on the back of a tragedy. As a young boy, Dhruv was training to be an acrobat, and witnesses his house being burnt down with his parents inside. Even though he somehow manages to escape the same fate, he is unable to save his parents and later on finds out that it was a deliberate attack. And that pushes him to train harder and to become a superhero in the process. Sounds familiar, doesn’t it? But irrespective of whether you are unfamiliar with the connections between this and other super hero back stories, the book is an entertaining read with good art work. It is in Hindi but it is a recent entrant to the world of comic books and has already managed to snag a following in no time at all. Definitely ranks as one of the top 10 comic books. 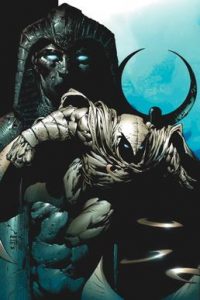 This comic stands out on its own, irrespective of whether it is from Marvel or DC or for that matter, from an indie publishing house on account of its mind bending story line. As comics go, and you may not want to overthink the story line here, this one is a doozy and consists of a mercenary saved by the Egyptian moon god and as a result,  he tends to live on forever, with two other personalities to keep him company. What makes this comic book interesting apart from the beautiful graphic art that adorns its pages is the fact that the topic of mental illness is addressed to an extent in these comics. Usually the topic was considered taboo by most mainstream comics until a few years ago and even though it somehow seems to suggest a link between lunar cycles and madness (which is an urban myth), the backstory, current one and strong plot lines makes for an enthralling read to the finish. It definitely ranks right up there as one of the top 10 comic books of 2016. It is in English, in case you were wondering 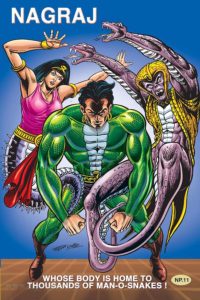 If you thought you had heard it all, well, you haven’t, certainly not with Nagaraj around. The basic premise of the story is about a fetus that is cursed by the snake god and as a result, the child is born with billions of tiny snakes taking the place of white blood corpuscles. And of course, the baby is presumed dead and later on rescued by a scientist who studies the small child in the interests of science. The child of course grows up to be a strapping young man who can communicate with other snakes and goes on to defend the weak and the poor in his town. The art work is good and the story line is good as well but what makes this comic book stand out on account of its story line and the fact that it makes for an entertaining read. It is in hindi and stands out as one of the top comic books. 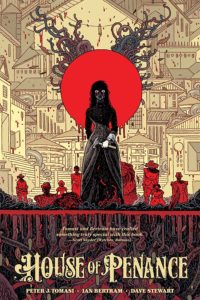 Think Goth, surrealism and some outstanding fantastic art, and you would have got the gist of what this comic is made of – it takes horror to a new surreal level and is set in the last century. The basic premise is about the Winchester rifle and how one of the descendants wanted to build a mansion to house all the dead spirits who were killed by their product and thereby remove the blood curse. The interesting part is that the basic premise is somewhat real and is based on the Winchester haunted house which has already been featured in several books and documentaries. The comic book just builds up on the same and takes you on a trip beyond the surreal as you come to terms with the house and its bloody history. Apart from the surrealism that’s present in nearly every page, the story line alone deserves its own credit and stands out as one of the top books. 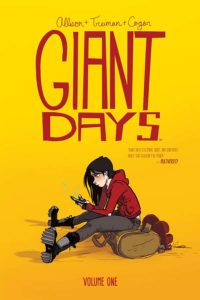 This book is a refreshing read from the usual mix of gore, violence and implausible story lines; the comic follows the lives of three young women as they come to terms with growing up and dealing with myriad issues, from boys to wardrobe makeover. And of course, they tend to make a mess of things in the process but then again, that’s what makes this comic book both quixotic and realistic in a way that is endearing, poignant and realistic. John Allison and artists Max Sarin, Caanan Grall and Lissa Treiman have worked on the book for a while and in the process, have managed to create a masterpiece of sorts that has managed to break into one of the top 10 comic books of 2016. 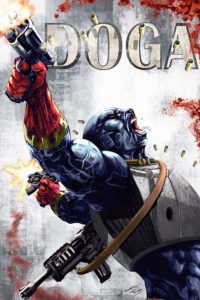 This comic book certainly deserves the top spot for its innovativeness and creativity with its art; as a comic book the art is simply stunning. The basic premise follows the life of a young boy as he gets mistreated like a dog by a local gangster and what follows next forms the crux of this comic. The boy grows on to take on some of the mannerisms of a dog, communicates with the same and vows to fight against all forms of evil. While the back story may seem implausible and most superhero stories are exactly that, it nevertheless provides for good entertainment.  As far as comic books go, this one certainly stands out as one of the top 10 comic books of 2016 where Indian comic books are concerned. 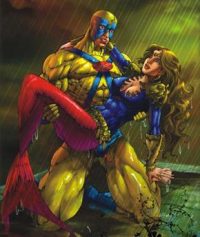 The basic premise is about a young boy witnessing the murder of his classmate and while he does manage to get away, he continues to be hunted down by the murderers. He finally finds shelter with his uncle who then gives him a costume which provides him with special powers and as a result, Parmanu is born. Parmanu, the alter ego of this boy vows to hunt down those murderers, take down all forms of evil in the society at large and that forms the rest of the story. The illustrations are good, some of the storyline may even border on the ‘downright hard to believe’ but it still makes for an enthralling read. If you wanted to gift your young child with a perfect Indian comic, then you cannot go wrong with this one as it also happens to be one of the best books to read where Indian comics are concerned. 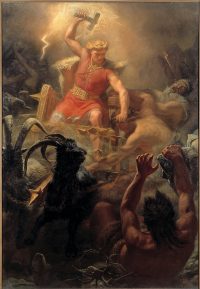 The D day is finally here and if you still thought that Thor was a guy, or still is, well then you could be mistaken for there has been a gender change. Yup, Thor was finally pushed to the point where he was considered to be unworthy to wield the mighty hammer and as a result, loses his Mjolnir which lies abandoned. But not for long as a woman comes along to pick the same up and claim the mantle of Thor in the process. This forms the basic premise for this storyline and one can only wonder at what else Marvel would be coming up with next. The art work is good, some of it really outstanding and as a graphic novel it sure stands out both on account of the unique story as well as the resulting treatment on all of Asgard. So if you happen to be a fan of Thor you would definitely not want to miss out reading on one of the best books for this year. 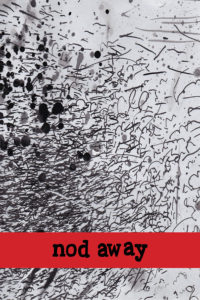 This is a sci fic novel set in distant future and concerns deep space exploration and while the story revolves around a small crew while the rest remain in deep sleep, it nevertheless manages to explore human consciousness and psychology of being alone in deep space. The art work is truly a work of art and what makes this comic stand out is the evenly paced story line which soon notches up the tension in every frame as things go wrong; definitely one of the top 10 comic books. 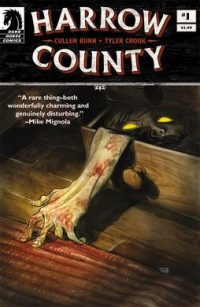 Yet another interesting comic from Dark horse; the basic premise revolves around Hester Beck an yesteryear witch who still continues to affect all life around her with spine chilling effects. The story kicks off with Emma hart rediscovering her own connections to the monsters in her backyard and her connection to the land and to Hester Beck itself. The art work is downright fantastic and naturally, this book stands out as one of the top 10 comic books of 2016