The Story of Apple 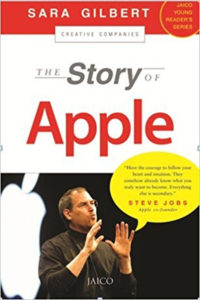 This book describes the story of Apple, the consumer electronics company that was founded in 1976. The story explores from Apple’s humble beginnings to its phenomenal success of being the world’s most popular computer products. Upon its journey, we are exposed to the origin, leaders, growth, and products of Apple.

Read it For:
Knowing the journey of apple from a small computer company to one of the biggest in the world.

Don't Read it For:
A book with a large number of pages since it is only 46 pages.

What makes this book stand out?:
Featuring a good number of Apple's inventions and different technological ventures. 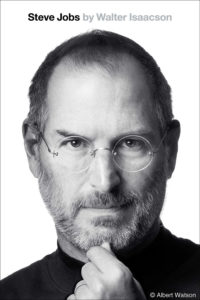 Steve Jobs by best-selling author Walter Isaacson comes the landmark biography of Apple co-founder Steve Jobs. It is the most important book among the 10 best-selling books on apple. In this book, Isaacson delivers an exuberant narration on the professional and personal life of Steve Jobs. It is collated from his exclusive interviews conducted with Steve Jobs, his family members and key colleagues from Apple and its competitors.

Read it For:
An amazing inside view into the life of one of the great businessmen of our era.

Don't Read it For:
If you are not amazed by Apple and Steve Jobs because of any specific reasons. Other than which there is no obstruction to reading this book.

What makes this book stand out?:
The definitive portrayal of the greatest innovator of technologies. 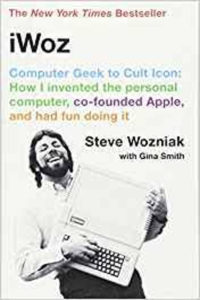 Read it For:
Hearing about the inside of the initial success of Apple for Engineers, Technologist, and Inventors.

Don't Read it For:
If you are interested in a literary masterpiece, then this book may not be your cup of tea.

What makes this book stand out?:
Steve Wozniak’s acknowledgment that it took the combination of the two Steves’ (Wozniak and Jobs) to make Apple what it was when it started.

On the Firing Line: My 500 Days at Apple 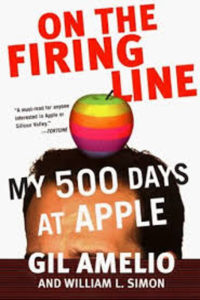 On the Firing Line: My 500 Days at Appleis Gil Amelio's gripping and fast-paced recollection of what happened during his seventeen months as the CEO of Apple. This book will give the full flavor of how he makes his decisions and the fascinating comparison of his point of view with Jobs.

Read it For:
A must-read for Apple devotees and anyone interested in the politics of today's digital economy.

Don't Read it For:
If you are a devotee of Steve Jobs and aren’t ready to pay heed to others point of view.

What makes this book stand out?:
A frank revelation of the inner workings of Apple and a cautionary tale of business in today's changing marketplace.

Odyssey: Pepsi to Apple–A Journey of Adventure, Ideas, and the Future 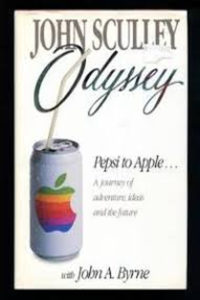 Sculley who moved away from Pepsi as president and CEO to marketing visionary of Apple takes us through a lot of how big companies are to be managed and his vision and mission. The interesting part of the book was Sculley's narration about his life at Pepsi, work culture at Apple and his relationship with Jobs. This is a candid account of how working in different industries can create challenges never thought of.

Read it For:
Seizing the moment to gearhead your career once you get the opportunity.

Don't Read it For:
If you expect for any fantasy since it accounts some of the problems that one will encounter in new technology markets

What makes this book stand out?:
Sharing insights into the symptoms of success and failure, lessons and analysis.

The Innovation Secrets of Steve Jobs 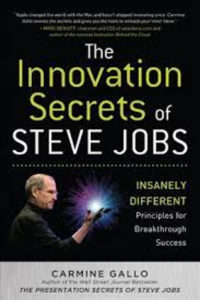 In this book, the author Carmine Gallo shares the Apple CEO's most famous, original and effective strategies for igniting true creativity and real innovation in any workplace. The effective revelation of the secrets has made it be one among the top 10 books on Apple

Don't Read it For:
You may not love this book if you are not really intrigued by Steve Jobs and Apple's success.

What makes this book stand out?:
Its narration on a powerful, positive, game-changing approach to innovation that anyone can apply to any field of endeavor.

The Presentation Secrets of Steve Jobs 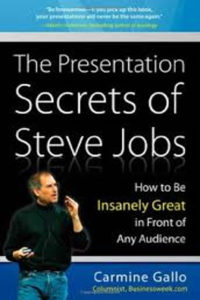 The Presentation Secrets of Steve Jobs unveils his crowd-pleasing techniques in your own presentations with a quick-start guide. The message of this book is that Jobs' extraordinary impact based on his authenticity and his passion for his company's people and products. With this revolutionary approach, you’ll be surprised at how easy it is to sell your ideas, share your enthusiasm, and wow your audience the Steve Jobs way.

Read it For:
Best practices on presentation approach and designing your own passionate interfaces with your audiences.

Don't Read it For:
Presuming that you will become as good as Steve Jobs.

What makes this book stand out?:
Revealing the formula Steve uses behind a new global gold standard presentation to enthrall audiences.

iCon: Steve Jobs, the Greatest Second Act in the History of Business 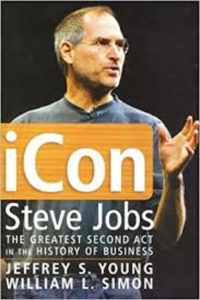 iCon’s unflinching and completely unauthorized portrait unveils both sides of Jobs’ role in the remarkable rise of the Pixar animation studio, also re-creates the acrimony between Jobs and Disney’s Michael Eisner and examines Jobs’ dramatic rise from the ashes with his recapture of Apple. This book also depicts the Jobs’ takeover and reinvention of the Apple Company with the popular iMac and his transformation of the industry with the revolutionary iPod.

Read it For:
To understand how the modern digital age has been formed, shaped, and refined by the most influential figure of the age, Steve Jobs, a master of three industries: movies, music, and computers.

Don't Read it For:
If you are especially charitable towards Jobs, you may feel disheartened as there is always another side for all.

What makes this book stand out?:
Highlighting all the turning points in his life and career by demonstrating how the flawed but driven man reshaped the world of technology.

The Perfect Thing: How the iPod Shuffles Commerce, Culture, and Coolness 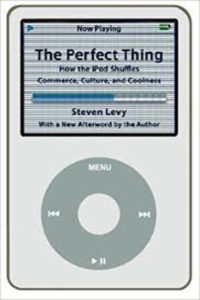 The Perfect Thing is the perfect depiction of Apple's iPod, the signature device of our young century from its design and marketing to startling impact. The iPod’s craze among people made it to be the most popular books on apple. Levy explains why Apple succeeded brilliantly with its version of the MP3 player when other companies didn't get it right. Borrowing one of the definitive qualities of the iPod itself, The Perfect Thing shuffles the book format as each chapter of this book was written to stand on its own

Read it For:
The complete story of the creation of the iPod involving the fascinating technical, legal, social, and musical issues that the iPod raises.

Don't Read it For:
If you don’t appreciate Apple's truly game-changing product and its remarkable run.

What makes this book stand out?:
Being the perfect guide to the deceptively diminutive gadget embodying our era. 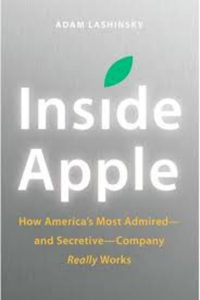 In Inside Apple, Adam Lashinsky provides readers with an insight on leadership and innovation by introducing Apple business concepts and also based on numerous interviews, the book reveals exclusive new information about how Apple innovates, deals with its suppliers, and is handling the transition into the Post Jobs Era. It explores the best of Apple’s employee culture and branding.

Read it For:
To bring some of the Apple magic to their own company, career, or creative endeavor.

Don't Read it For:
If you aren’t interested in knowing the secret of Apple’s corporate culture.

What makes this book stand out?:
A detailed investigation into the unique company and its universal lessons about leadership, product design, and marketing.