Today we will take a look at the best 10 books recommended by Bill Gates. When the world’s richest person recommends you a book, you have to read them. Bill Gates has recommended many books over the time, in his blog, in interviews, and in other journals. We have selected the best of these recommended books, let us take a look.

This book is about the famous and infamous adventures of large corporate companies that have defined them. From the scandals at General Electric to the rise of Xerox. All the notable risky adventures that have given the company an identity is incorporated in this book. The hysterical and adventurous life of the wall street is the prime focus of this book. All the adventures people have been in Finance, can be found here. 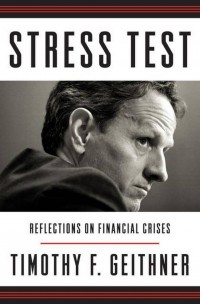 Timothy F. Geithner was the President of the Fedral Reserve Bank of USA and then the secretary of treasury. He has compiled his memoirs in this book, explaining the Great Depression. Why it happened? And how a group of policy makers saved America's economy. It is a very good book for financial investors and policy makers. It also gives an insight about the personal life of Timothy and his rise to success. 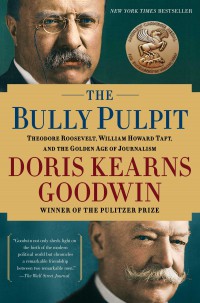 The Pulitzer Prize winning author has written this book comprehensively describing the relations of Theodore Roosevelt and William H. Taft. From blood-like friends to fierce rivals. The book captures the age of media and reporting. It captures everything that happened in the 1912 Parliamentary elections. When Roosevelt vs. Taft was picked up by journalists. 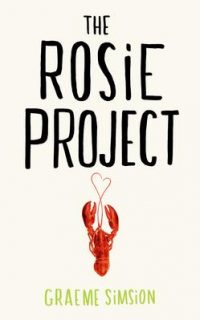 Don Tillman, a professor of genetics, carefully calculates and predicts the characteristics of a perfect wife. He starts his mission to find this perfect wife who does not smoke, drink or be late ever. In a parallel life of her own, Rosie Jarman, a barmaid who smokes, drinks and is usually late is on her mission to find her biological father. Rosie needs a genetic expert for this, and thus begins the relationship of technically brilliant Don and frivolous Rosie. Through The Rosie Project, Graeme Simsion makes us stand in Don's shoes and realize with him, love is not a result of calculated proceedings but a reaction of emotions. 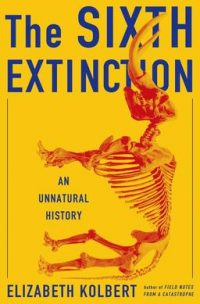 This book is written by Elizabeth accompanied by researchers of various fields to help her explain to the world, the extinction it faces. Talking about the things around us that are disappearing, the book focuses on the impact of this Sixth Extinction that is caused because of Humans. A wonderful book that shows the ironic existence of human beings and the devastation of world because of them.

The Better Angels of Our Nature: Why Violence Has Declined 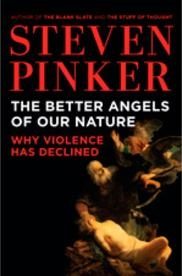 With all the problems that threaten our world with violence and crime, seem to be on a rise. In actuality though, the opposite is true. Violence is the lowest we have yet seen in our history. We had seen infanticide, genocide, wars, assassinations and patriarchy previously. With good reforms and strict condemnation of crimes, the violence has decreased exponentially. The book explains how circumstances in this changing world have made us less violent.

On Immunity: An Inoculation

After Eula Bliss gave birth to her first child, she researched on all the things she has to protect her child from. She found out all the vaccines and medicines her child would need. Soon she realized she cannot save her child from this world. Bliss has researched in this book about the implications of the world for her child.

How Asia Works: Success and Failure in the World’s Most Dynamic Region

Joe Studwell has introduced in this book the very fine reason for Asia's great success in growth. Land reforms have played an important role in the development of Asia's economic growth. Studwell's analysis is based on three main aspects: Land policy, manufacturing, and finance. Written with thorough research on Asia, Joe Studwell's book is a classic if you want to know about the demographics of Asia.

How to Lie with Statistics 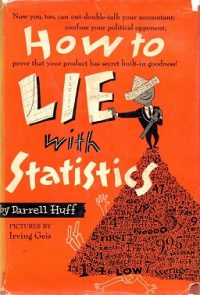 Darrell has written in this book about all the statistics techniques that are used to dodge than to inform. He has incorporated all kinds of tabulation methods. Also he has included the interviewing technique that has been used to influence the results. This is a book that tells you How to Lie with Statistics.

Would dematerialization lead to a complete reduction in demand of products? The book considers the principal materials used throughout history. The costs of finishing and production are discussed in detail. The informative texts provide useful point of views for economics. It describes completely the creation of modern world using materialization and dematerialization. 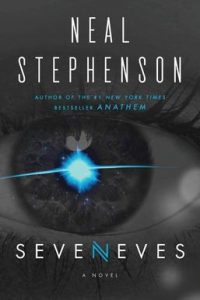 An astounding science fiction about the earth and its inhabitants. During a time, in a far-off planet, due to the fear of extinction, the people had to look beyond their atmosphere. Five thousand years later, they must enter the alien nation Earth.

Read it For:
The book is an impressive work of art.

Don't Read it For:
The book is quite deep into science.

What makes this book stand out?:
Bill Gates’ had picked it up on a recommendation of a friend has been of the opinion that everyone should read it

The Grid: The Fraying Wires Between Americans and Our Energy Future 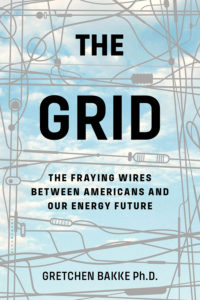 The book is about the electrical power grid of America, which is the most significant triumph of the twentieth century. However, the beauty of the grid is now slowly degrading, the tower and grid require basic repair, and as we invest more into the solar, other energy resources, the electrical grid is also a growing concern.

Read it For:
The book takes you deeper into a growing concern of the energy concern.

Don't Read it For:
The book is strictly related to the environment and environmental engineering.

What makes this book stand out?:
The book is a wakeup call to all of us and discusses matters which need to be addressed. 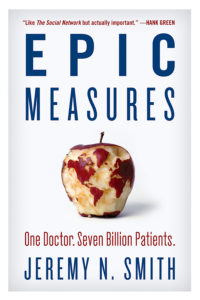 The book is the product of Moneyball meeting medicine. The writer is an environmentalist and doctor, who began the burden of Disease project to answer the most prominent questions of the modern day. Why we live, why we die, etc. The book is a spectacular work with insight on questions that matter.

Read it For:
The book is one of those rare books which try to root out the actual problems.

Don't Read it For:
The book talks about medicine and subjects related to medicine.

What makes this book stand out?:
This book aims to answer some of the biggest and most eminent questions.

The story of Phil Knight and his journey on making his brand, Nike, one of the biggest brands in this world. The book is about his initial struggle with the business and how he embarked on his journey to the multi-billion journey of Nike.

Read it For:
The book is thoroughly inspiring and shows us how struggle leads to success.

Don't Read it For:
The book is for business minded people, people looking for a story will not enjoy the story.

What makes this book stand out?:
The book is the extraordinary journey of the Philip Knight.

Should We Eat Meat? 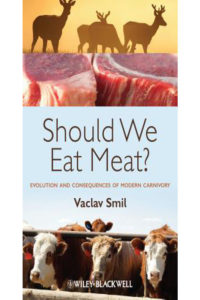 Consumption of meat has been a topic which has set fires to many conversations and created many enemies. This book dives into the subject and tries to show how meat and its consumption changed the lives of humans. The book documents everything from the evolution of humans by consumption of meat to the modernization of mechanical systems.

Read it For:
The book is an evaluation of meat consumption and human life.

Don't Read it For:
The book may seem boring for those who do not like to discuss their food.

What makes this book stand out?:
There has hardly been a book, such as this one, which discusses the meat consumption so clearly. 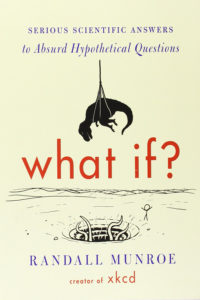 This book is the creator of the hilarious xkcd.com, is a hilarious book on hypothetical questions. The book is a product of many hours of answering and pondering over questions posted by his fans.

Read it For:
The book is a comical illustrated book with answers to many questions which are only hypothetical but really important!

Don't Read it For:
The book is only a book of fun and humor, lacks the element of “substantial content.”

What makes this book stand out?:
Comical answers and great illustrations make this book hard to miss.

The Power to Compete: An Economist and an Entrepreneur on Revitalizing Japan in the Global Economy 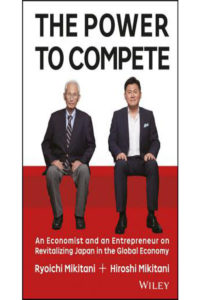 The book is an impressive work on the stagnant economy of Japan, and on answering the questions of “Japanese Disease.”

Read it For:
The book provides in-depth discussions on the topic of Japan and its economy.

Don't Read it For:
The book is strictly written regarding economic discussions and Japan.

What makes this book stand out?:
The book discusses essential matters of one of the fastest growing countries in the world.

Hyperbole and a Half: Unfortunate Situations, Flawed Coping Mechanisms, Mayhem, and Other Things That Happened 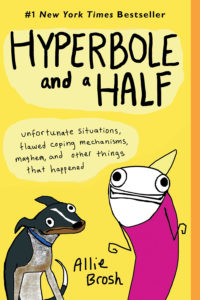 This book is written with the irresistible charm of humor-laden words, which go through the regular mishaps of a girl. The book is nothing short of fun and joyous writing.

Read it For:
The perfect example of brilliant writing.

Don't Read it For:
The book has nothing great to offer, only simple everyday talks and topics presented in an ornamental fashion.

What makes this book stand out?:
The reader is not going to get bored with this book. 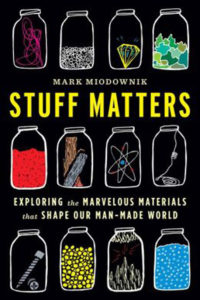 The book is written by a material scientist, who aims at teaching, rather educating people of the stuff that makes everyday

Read it For:
The book is an excellent book which takes us through the matter that makes everything, which we miss out on a regular basis.

Don't Read it For:
The book has many facts and numbers, for many those things and aspects are annoying.

What makes this book stand out?:
The book talks about everything with good research and is backed by facts. 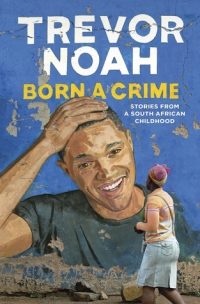 Noah Trevor, tells his story through this book! The book tells the coming of age story of the star in the most enjoyable manner.

Read it For:
The book takes us through the star’s life and gives us his funny, yet powerful thoughts.

Don't Read it For:
Although the book is written most funnily, may seem boring to many readers.

What makes this book stand out?:
Humor and excitement, are two of the best things in the book.