Home
India After Gandhi: The History of the World’s Largest Democracy
Prev Article Next Article

India After Gandhi by Ramachandra Guha reveals us the magisterial account of pains, humiliations, struggles and glories of largest likely democracy of the world, India. Knowing the Indian history after the year of Independence or 1947 is more important to expand your knowledge little further. India is a country Born against civil war and privation background, divided along the lines of language, religion, caste, and class. Know the facts about how India’s independent emerged into one of the democratic and united country.

Elegantly written epic history and intricately researched with larger-than-life characters in the book “India After Gandhi” shows complete information about our democratic country after independence. “India After Gandhi” is the work of major scholar – Ramachandra Guha.

When you do not like to read about history, you will get bored 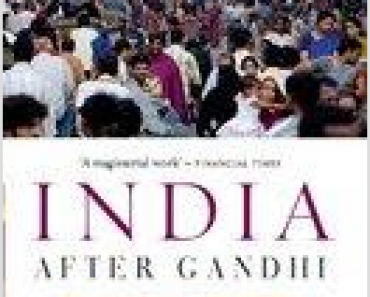