India is consistently gifted with prolific writers presenting some great books.  2011 have experienced the release of some good reads during the year. Therefore, it is a tough task to frame the top 10 books.  Some of the books brought new hope and inspiration to the readers, while others brought new episodes of their best sellers.  The list is full of splendid works of Amish, Chetan Bhagat, Arvind Adiga, Joseph Lelyveld and many surprise entrants.  We recommend you to go through 10 best books to read in India for 2011.

The Secret of the Nagas 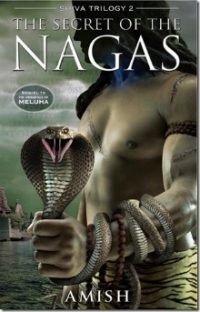 the secret of the nagas came out as the 2nd part of Shiva Trilogy. Part I has already been the best seller in India.  In this part, Shiva is out to find naga who killed his friend Brihaspati and targeted his wife, Sati. Shiva looks through the river networks of India seeking allies for his war against the traitor he is searching. However, evil is on the rise, stronger than ever.  The nation is under threat with naga activity at every corner.

Read it For:
Amish is one of the best fiction writers in India. Besides, the world he creates in Shiva trilogy provides an interesting twist and characterisation to the names which Indians worship as God.

Don't Read it For:
The flow of the story is sluggish. The language too is modern to fit in the characters set in the ancient world.

What makes this book stand out?:
The strength of Amish’s plot development, characterisation makes it one of the best books of 2011. 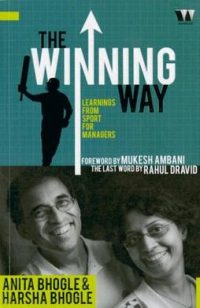 this book is an unusual addition to the top books of 2011. The book is about champions, winning teams, leaders and their recipes from the man who was related with Indian Cricket in its golden era. The addition of advertising and communication consultant Anita Bhogle makes the book a manual for professionals.

Read it For:
A comprehensive approach to cricket and its philosophy behind teams, champion team, leaders and the recipe to success.

Don't Read it For:
The motive behind the book. It aims to cook a recipe of success. The book is best for management students and leaders who are out to make a mark.

What makes this book stand out?:
This book is an unusual addition to the best book recommendations of 2011. The combined experience of Harsha Bhogle and Anita Bhogle brings out the experience right from the people who are the best in their job. 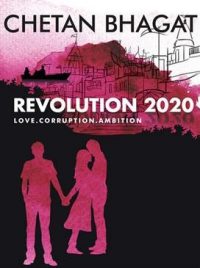 a guy tries to bring revolution through writing, and the other guy got set up with college business. However, both of them fell for the same girl. However, the girl keeps changing sides. The other guy albeit himself clean, but a corrupt MLA funds college money.  However, the ‘hero’ gets the girl, but the guy feels guilty and thinks that he does not deserve the girl

Read it For:
A love story with a twist of morality. In fact, it can be a good material for a Bollywood potboiler.

Don't Read it For:
The approach to the book is filmy. Sometimes lacks the individuality of a fiction writer.

What makes this book stand out?:
There is a good explanation of student life. All the ingredients like love, corruption, activism, moral battles are present which makes it one of the top 10 books of 2011. 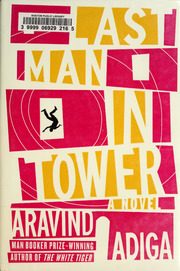 booker-winning writer Arvind Adiga brings the story of Dharmen Shah, the property developer villain. The story develops around the attempt of Dharmen Shah to buy an entire colony. All accept except for ‘Masterji’.’Masterji’ is a retired school teacher named Yogesh A. Murthy.  The plot reflects the struggle of retaining one’s home against mighty property builders in the city of Mumbai.  The protest of ‘Masterji’ creates the problem for the builders.

Read it For:
The story of a Mumbai city dweller challenges the power of selling the ancestral home for construction purpose. It is a picture of a man rising against power for the righteousness.

Don't Read it For:
Lack of new approach from the Booker-winning writer.

What makes this book stand out?:
The flair of the pen by a Booker winner writer Arvind Adiga is ready to recreate his magic.

Great Soul: Mahatma Gandhi and His Struggle with India 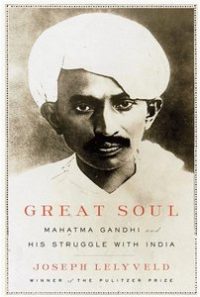 the only foreign writer on the list with his book on Gandhi, one of the most influential personalities of India.  The book is divided into two parts of the time which Gandhi spent in South Africa and his comeback to India with the name ‘Mahatma’. Lelyveld utilises documentary source and also information from opinion to develop Gandhi’s relation with Prussian Architect. The enquiries include Gandhi’s letter to Kallenbach in London written during 1909.

Read it For:
A good approach on Gandhi and his time abroad. The evidence drawn from letters and collected information makes it best books to read in 2011.

Don't Read it For:
The controversy of Gandhi and ‘test of vow’ towards young women is triggered in this book. Furthermore, historians have reflected that the invective on Gandhi should have been outlined in a proper context.

What makes this book stand out?:
It is a good source of knowledge and outlook on Gandhi from a foreigner’s perspective. 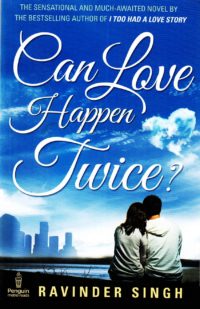 it is a clear sequel to Ravinder’s first book ‘I too had a Love’. Ravin suffers a tragic life incident which makes a mark.  The story revolves around the complex theory of falling in love twice. The contest between commitment and non-commitment looms in the book. Ravin has been asked to share the love story through a live radio show. Ravin does not turn up, and the listeners remain curious.

Read it For:
A love story is written so well that readers can often relate to the feelings. The absence of a character from radio show makes the readers curious.

Don't Read it For:
People who are not a fan of love stories will not find it interesting. Besides, often fiction readers look for a larger than life experience.

What makes this book stand out?:
The simplicity and the narrative of the story easily attract the reader. The approach easily makes the book among the top books.

A shot at History

it is the autobiography of Olympic gold medal winner shooter Avinav Bindra. The book reflects on hungry for success and the vision to win Olympic Gold medal. Avinav Bindra goes beyond coaching manuals, state-of-art practice session and un-earth the human character required to become a winner. There are unique incidents shared which he faced as an Olympic Contestant. The reflection of darkest hour in career, the 2004 Olympic, Bindra shares how he survived the situation and restated his objective.

Read it For:
A picture of the sportsman’s life being shared by the champion makes it a good read.

Don't Read it For:
Failure to explore the book as a written piece. The help from Rohit Brijnath could not bridge the gap between writer and the subject.

What makes this book stand out?:
There are not many Olympic gold medallists from India. It is a unique experience to read the autobiography of a Gold medallist shooter who is an Indian. 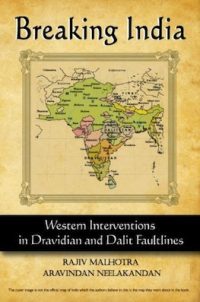 a well-written book which made to top 10 books of 2011 in India.  The writers work with the argument that integrity of India is undermined through Western institution for Dravidian movement and Dalit identity. According to the introduction of the book, it reflects on historical backdrop of Dravidian and Dalit Identity. The book is an attempt to analyse the individuals and also the institutions which are involved. There is also a comprehensive reflection on institutional motivation, activities and endgame which was desired.

Read it For:
The writers demonstrated collection and utilisation of enormous amount of data. Intellectual integrity is displayed while the interpretation of people who are criticised.

Don't Read it For:
According to experts, the book lacks the expertise of historical data handling and also a professional viewpoint.

What makes this book stand out?:
According to MP Ram Jethmalani, the book is an eye-opener which sends a prior warning. The warning is provided against the internal threats and also the external ones who collaborate with dummies or proxies inside Indian border.

Being Different: An Indian Challenge to Western Universalism 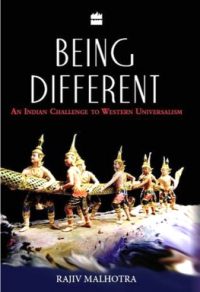 Rajiv Malhotra, the only Indian-American author in this list, tries to reverse how western culture gazes on India. This book is an attempt to reposition India from being observed to become an observer. Western civilisation is observed through a Dharmik outlook in this book.  Writer’s clear intention of western culture criticism is found throughout the pages.

Read it For:
An excellent reversal approach which we are not accustomed to seeing. Western culture from the view of India outlook.

Don't Read it For:
Readers might find the concept a bit complicated. People without basic knowledge of India outlook might find it complex.

What makes this book stand out?:
Among the top ten books in the list, this paperback edition contains the unique view as well as the writer’s perspective. 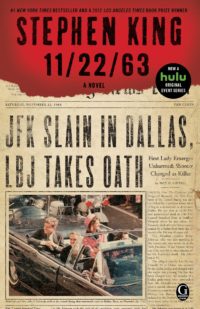 though the book is not from an Indian writer, there is a fair point to include the fiction work from Stephen King. A time traveller tries to prevent the Kennedy assassination. The writer himself frames the book for horror, science fiction and alternate history lovers.

Read it For:
A splendid book from the living legend of science fiction and horror. Stephen King’s excellence requires no special explanation.

Don't Read it For:
The people who are not fond of science fiction, horror or alternate history will not find it interesting.

What makes this book stand out?:
It is the best book from one of the best modern writers.