Subhas Chandra Bose, founder of the Indian National Army (INA), is considered as one of the biggest freedom fighters in the war of freedom for India against The British Empire, and his life is an enigmatic tale whose mystery still remains unsolved. Fondly known as ‘Netaji’, Bose used his methods of aggression against The British rule running parallel with the non-violence movement undertaken by Mahatma Gandhi. He had been arrested multiple times but managed to escape every time from the prison and went to Germany and Imperial Japan to ask for their help for the war against Britain.

Born in the city of Cuttack in Odisha, Bose was an exceptional student who had cleared the Indian Civil Services (ICS) exam but resigned soon as he didn’t want to serve the British government. He became the president of the Indian National Congress but had to step down soon as his radical views against the British Rule were not approved by senior leaders including Gandhiji.

Netaji started his own army, the INA, where like-minded soldiers joined him for his fight against foreign rule. On 18th August 1945, Bose was on a flight from Japan, his plane supposedly crashed over the island of Taiwan (formerly known as Formosa), and there were reports that he had died in the crash. There are many conspiracy theories that suggest Bose survived the crash and continued his fight against the East India Company undercover. There are many theories based on his death, but none of them has been proven yet. 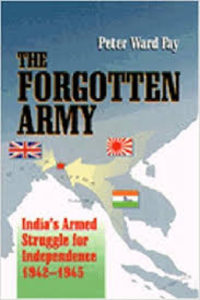 Read it For:
The book has been written from the view of a Britisher, so we get to understand the other side of the Freedom Struggle and the effect of Bose's radical movement on their rule.

Don't Read it For:
The book misses out on some facts regarding the formation and development of INA.

What makes this book stand out?:
The book exposes both sides of the story based on Bose's life, and it is considered as one of the best books on Subhas Chandra Bose because of its neutral view of the events that took place in Bose's life. 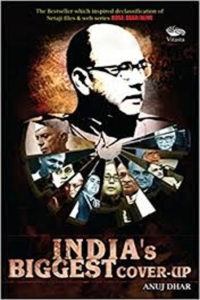 India's Biggest Cover-Up by Anuj Dhar gives an insight into the apparent death of Bose and the role of Government in covering up the event. The book provides a different outlook on the mystery of Bose's death based on actual government documents and files.

Read it For:
The hard-hitting theories that the book puts forward opens a new window of possibilities for the secret life of Subhas Chandra Bose.

Don't Read it For:
Not all the theories have been proven due to restricted access to the documents by the Government hence many parts seem like conspiracy theories.

What makes this book stand out?:
There are many declassified images and documents that the author has acquired by applying for RTI to the Government of India. The book is one of the 10 best-selling books on subhas chandra bose. 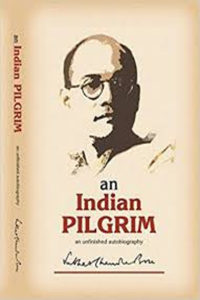 An autobiography, in An Indian Pilgrim, Bose gives us an insight into his life, education, ideologies and his political inclination as well as the development of INA.

Read it For:
Bose gives in this book, an honest look at the events that took place in the early stages of his political life.

Don't Read it For:
The autobiography is an incomplete one, and the book couldn't explore his work with the INA due to his untimely death.

What makes this book stand out?:
We get to know about the life and ideologies of Netaji in his own words which provides a higher impact for the readers and is one of the most popular books on Subhas Chandra Bose. 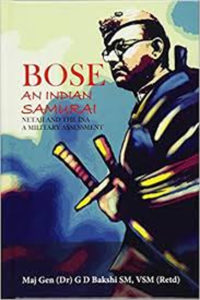 Ex-GeneralD Bakshi in his book 'An Indian Samurai' writes a detailed account of the military strategy of Bose and the story of INA.

Read it For:
The book has been well researched in terms of the military endeavours undertaken by INA.

Don't Read it For:
Some of the views expressed by the author are under the shade of pessimism against the Indian National Congress, and its leaders during the time of Bose.

What makes this book stand out?:
The book gives us details about the fights undertaken by INA that led to the independence of India. 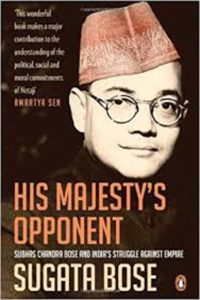 The definitive biography on Bose's life written by Sugata Bose looks at the life and works of Subhas Chandra Bose and talks about the rumours that were associated with his mysterious death.

Read it For:
The book gives us a closer look at the life of Bose as well as the mystery surrounding his death.

Don't Read it For:
The military aspects of Bose and the history of INA has not been included in detail in the book.

What makes this book stand out?:
The book gives a detailed account of his personal life as well as gives us a closer look at his travels as well as his political views.

Brothers Against The Raj 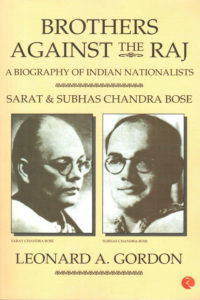 The book is a biography of Sarat and Subhas Bose and gives us an idea of their political views and careers as well as the international policies that were during that period.

Read it For:
The book looks at the ideologies of both the Bose brothers and there are detailed material gathered from Europe, India and multiple interviews that give a new angle to both their lives.

Don't Read it For:
The military aspect of Bose hasn't been explored much in the book.

What makes this book stand out?:
Writer Leonard A. Gordon gives a neutral and detailed view of the lives of the Bose brothers. 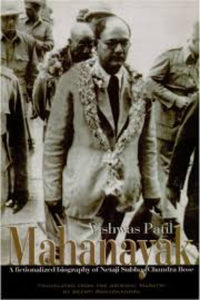 Sahitya Akademi Award winner Vishwas Patil's Marathi novel, Mahanayak delves into the personal and political turmoil in the life of Bose ranging from nominated the President of INC to the clash of ideals with Mahatma Gandhi and Jawaharlal Nehru.

Read it For:
The detailed research shows in the book due to the presence of a large number of interviews from the people who were involved in Bose's life.

Don't Read it For:
The book is said to have fictionalised side some of the facts based on the life of Subhas Chandra Bose.

What makes this book stand out?:
The amount of research put into the book and the number of languages it is translated into shows the quality of content of the book. 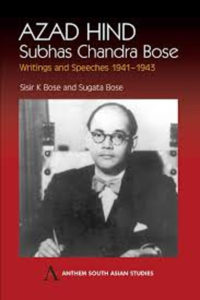 The collection consists of the letters, speeches and political decisions of Netaji over his initial political years as well as the time he followed the radical path towards the fight for independence.

Read it For:
The book gives us a detailed account of the political life of Bose.

Don't Read it For:
The book consists of a broad range of topics, but many topics have not been covered

What makes this book stand out?:
Written and edited by Bose himself, the book gives us a clearer picture of his political endeavours

A Beacon across Asia 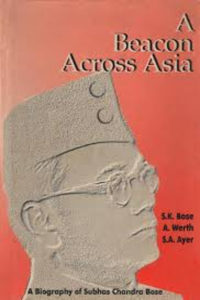 Written by his brother Sisir Bose, the book mostly looks at the political life of Subhas Chandra Bose from close quarters.

Read it For:
The book focuses on the beginning of Bose's political career as well his fallout with the likes of Mahatma Gandhi and Nehru.

Don't Read it For:
The book has a slow pace in the beginning, and it misses out the military aspect of Bose's life

What makes this book stand out?:
The travels of Bose across Asia and Europe are vividly described in the book.

What Happened to Netaji 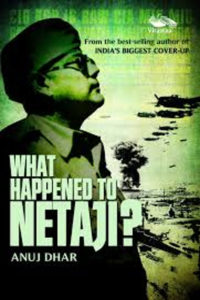 Written by Anuj Dhar, the book answers the conspiracy theories that revolve around the death of Bose.

Read it For:
The hard-hitting facts and realities have been portrayed well by the author.

Don't Read it For:
Some of the facts in the book seem like a conspiracy theory not backed by concrete proof.

What makes this book stand out?:
The book contains some of the unclassified documents that the present Government of India released on the Bose files consisting information about his mysterious plane crash.