The Savage Worlds books are the brainchild and publication of pinnacle entertainment group. Do not mistake them for just plain novels. They are actually a series of role-playing games specially designed for the adult audience. They mostly involve genres such as magic, horror, superpowers and much more. They are generally counted in the pulp fiction category.

The savage world of Solomon Kane 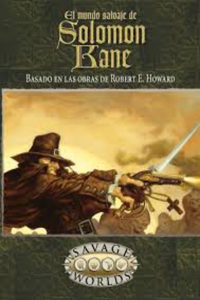 This one stands 1st on amazons best sellers list of Savage Worlds books. Based on one of the works of Robert E Howard who is the author of Conan the Barbarian and many other books, the savage world of Solomon Kane pulls you into the word of a hero who wanders through the darkest corners of the world. He is on an adventure to kill anything evil that roams this earth. He fights of deathless queens and demons. The reader/ player can now follow the path of Kane. Kane began the war again evil, and now others must continue it.

Read it For:
It is has gameplay that will keep you hooked on. If you love everything horror and are into books/ games that propagate well over evil, then you must give this book a try.

Don't Read it For:
It does have a lot of paranormal mumbo-jumbo in it. So if you are one of those who are faint of heart and is seriously prone to some freaky nightmares, then you must stay away from this book.

This one is an outer galactic book/gameplay. It includes new races, different looking creatures, setting rules and obstacles. There are places beyond our perception of space and time that are waiting to be discovered by the reader. This one has a great possibility of being on among the best Savage Worlds Books.

Read it For:
It is tightly fixed to the space opera scenario and does an amazing job at it. So if you are a fan of Dr Who, Guardians of the Galaxy, Star Wars or Bright, then you are sure to love it.

Don't Read it For:
As the whole fixedness to the space opera theme is a pro, it is also a con. If at all you need something extra from it, you could be moderately disappointed.

What makes this book stand out?:
It has simple easy to follow game rules for players and game masters to create their own robots, starships, power armours and walkers

Tricarnia: Land of Princes and Demons 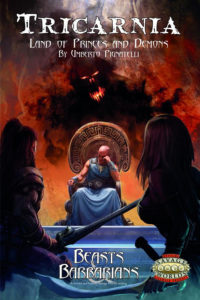 Just as the name suggests, Tricarnia is a place which is engulfed in magic, sorcery and the paranormal. It is the land where princes who are also priests live and await you. The player/reader will learn the ways of the sons of Keron. The honour of your house will be on a stake, and you need to save it

Read it For:
In this game, you will find new edges, magical rules and new gears.

Don't Read it For:
Just like the savage world of Solomon Kane, this book too has a lot of paranormal influence; hence it is for a certain kind of fixed audience.

What makes this book stand out?:
It could be used as a standalone game or it also could be integrated into an RPG campaign. 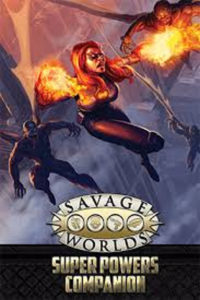 With great power comes great responsibility. The player is basically a superhero who has to fight against all evil, protect the oppressed, save the world and finally rule over it! The player would be given a number of superpowers to achieve his or her goals. This one is one of the 10 best selling Savage Worlds Books on Amazon.

Read it For:
It makes you feel like a real-life superhero at least for the time that you are playing the game.

Don't Read it For:
Some of the villains from the previous editions did not make it to this new version.

What makes this book stand out?:
There are a lot of improvements from the 1st edition of the book. There are new setting rules, abilities and powers 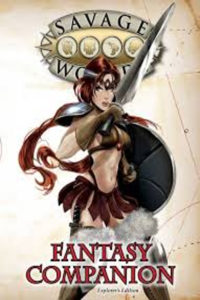 With new monsters, spells, magic this book forms a very magical source of entertainment. There is a dwarven warrior which you could arm with new edges as well. He will help you kill demons, dragons, and the most dreaded giant bees.

Read it For:
It takes you to this other world that is governed by magic.

Don't Read it For:
It is a little restrictive.

What makes this book stand out?:
It features genre material that is ready to be added directly to your existing game. 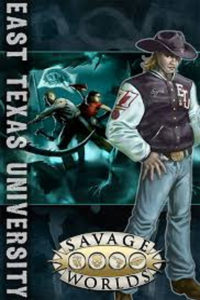 The plot revolves around you who is a high school student. You have a boyfriend who is going to dump you, an exam the next day and the world to save.

Read it For:
This is one of those books that combines horror, high school drama and being a superhero

Don't Read it For:
It is a little too intense.

What makes this book stand out?:
It works on campaigns as well as solo play. 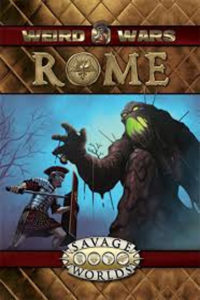 The players need to fight for Rome against enemies and strange looking things and creatures that they encounter.

Read it For:
This one especially for the history buffs. Its central plot is in Rome and then shifts to other parts of the world. The objective is to fight darkness for Rome.

Don't Read it For:
There are new rules for creating legacies

What makes this book stand out?:
The book features two plot point campaigns. 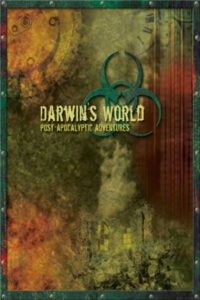 The plot is set in the future where due to the wars, the human race is on the brink of extinction and the player needs to save it

Read it For:
It is amazing gameplay

Don't Read it For:
Darwin's theory could have been exaggerated here.

What makes this book stand out?:
Finally, the post-apocalyptic role-playing game is for Savage Worlds 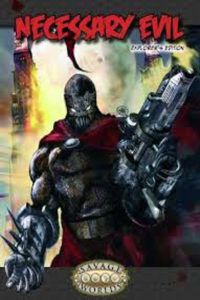 When the superheroes are exhausted, and the world is being attacked by aliens, the villains come together to save the world. This one is among the popular Savage Worlds Books.

Read it For:
This book has a similar concept as DC Comics Suicide squad.

Don't Read it For:
It gives off a wrong idea that being a villain could be a cool idea to the younger generations.

What makes this book stand out?:
There are rules on making four characters, around seventy superpowers, a lot of adventures having a resistance story, new edges and hindrances. 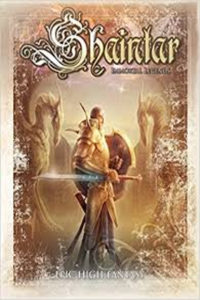 The aim of the game is to make the player into a legend. Players can choose from several races, various styles of magic, etc. Be in the land of shinier are experience mysticism.

Read it For:
You get to be a legend. Need I say more.

Don't Read it For:
It is a step away from the Savage worlds usually gore and horror.

What makes this book stand out?:
There are over 2 dozen new edges and heightened rules for bypassing armour.