Leonard Peikoff born in 1933 is an author and a great Objectivist philosopher. He is the heir of Ayn Rand and is the founder of the Ayn Rand Institute. There are many book lovers who are ardent fans of his writings. He is the advocate of Objectivism. This person can answer to any question of Ayn Rand Philosophy about Objectivism. He has met Ayn Rand when he was 17 years old. Ayn Rand was a philosopher and a famous Objectivist. Ayn and Leonard have a good friendship and professional association until the death of Ayn in the year 1982. He was very much fascinated and motivated by the speeches given by Ayn. He returned to Canada after finishing the pre-med program which he pursued at the University of Manitoba. In 1953, he decided to pursue Philosopher degree from New York University. He wanted to hold a doctorate and in this period he had developed a strong friendship with Ayn. He read many books that were recommended by Ayn and perceived a lot of knowledge on Philosophy. Peikoff is attracted towards Objectivism, which is an important concept that talks about a man of being heroic with a main motto of being happy in the life.

Here are the top 10 books by Leonard peikoff that a person who is interested in philosophy has to read without giving a miss.

Objectivism: The Philosophy of Ayn Rand 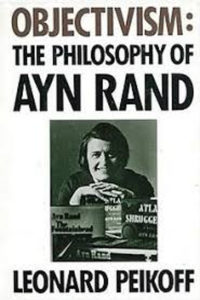 This book has the collection of essays that were written by Ayn Rand in her last days in 1982. In this book, you can learn about philosophy in depth and it also discusses about various topics. As per Ayn, philosophy is something that is rational, conscious, practical, and is not lethal. This book articulates her thoughts in the best way and has essays related to education, censorship and inflation and proved that philosophy is the base and is connected in walk of human life.

Read it For:
This book is for the people who love reading philosophy that is written by great philosophers.

Don't Read it For:
This book is not a cup of tea of people who would like to read romance, fiction and action novels.

What makes this book stand out?:
This book stands out with amazing essays that let you to understand about philosophy in depth and the role it is playing in every human life. This is the best Leonard peikoff books in order.

The Voice of Reason: Essays in Objectivist Thought 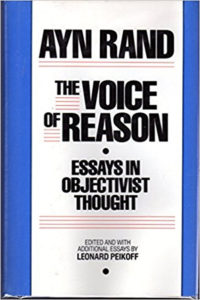 This is the story of the great philosopher Ayn Rand, whose philosophy is studied in depth by her chosen heir and favorite student. This is the best book of the author which has abstract principles and applications of objectivism. This gives a quick overview and theoretical structure about objectivism. In this book, the author has covered every topic that Rand found to be crucial part of Objectivism, i.e. from money to logic to arts. This also has conversation that happened between both. This book shed some light on Objectivism with high clarity which can transform the lives of millions.

Read it For:
This book is for the people who want to learn about objectivism extensively.

Don't Read it For:
This book is not for the people who are not interested in reading about and knowing about philosophy.

What makes this book stand out?:
This is the best book that has amazing content and great principles and applications about objectivism. This book has become one of the Leonard Peikoff best sellers.

The Ominous Parallels: The End of Freedom in America 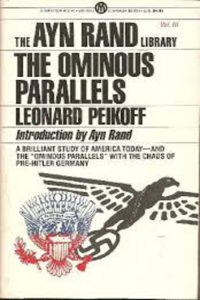 Ayn Rand has chosen Leonard Peikoff as her successor to talk about objectivism. He clearly explained why America has taken a swerve from its original route to the direction in which Germany is traveling to Nazism. There are many things that are discussed in this book, including self-sacrifice, racism, and wonderful phrases that examined the philosophy followed by Germany and thinking that attracted this country. This gives a look at where America is heading and gave a wakeup call for all people who are worried about retaining the individual freedom.

Read it For:
This book is for the people who love and interesting in learning about philosophy and how it impacts the world.

Don't Read it For:
This is not recommended for the readers who would like to read about novels that are adventurous and story oriented.

What makes this book stand out?:
This book stands out with its interesting concept about objectivism. This would definitely grab the attention of readers who love learning about philosophy. This is one of the Leonard Peikoff books that have made a place in the literary world. 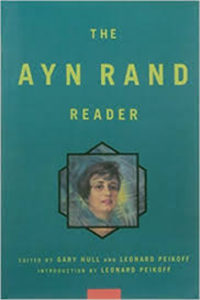 This is the book that has won many awards and has become the most influential book in the literary world. The author has expressed the works of fiction and non-fiction in the best way in this book for the first time. This book has excerpts from all the novels that are written by great novelists. This book is a perfect introduction for the people who are new to writings of Rand and is a bible for the teachers to learn about the perspective of Rand about Philosophy

Read it For:
This book is for the fans of Rand to learn about her works and her viewpoint towards objectivism and philosophy

Don't Read it For:
This is not a cup of tea for readers who do not like reading something related to philosophy.

What makes this book stand out?:
This Leonard Peikoff best book gives an introduction to Philosophy. There are many passages and essays that would keep you enthralled and motivated.

The Letters of Ayn Rand 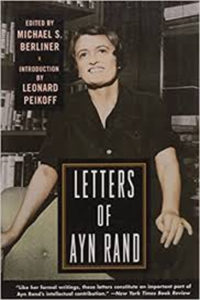 This is the favorite book of millions of Ayn Rand fans which also interests the people who love reading political, philosophical and artistic issues. Rand is the passionate woman and a rational thinker who emphasizes on individual freedom. This has letters which are from written by this lady since she was 20 and she stepped into Soviet Russia. This has all the struggles that she has undergone as a screenwriter, playwright, novelist and the success she has earned from the books authored. There are many more letters that are written to publishers, priests, philosophers, and political columnists, followers and beloved husband. Her letters are filled with affection and furiousness and give stupendous statements about philosophical ideas. The letters are presented in the chronological order. This is the chronicle of the life of this amazing thinker and her life.

Read it For:
This is the beautiful book that has all the life stories of Ayn Rand the great philosopher and thinker. If you want to learn about philosophy, then this book is for you.

Don't Read it For:
This will not interest the readers who are looking to read some interesting fictional stories.

What makes this book stand out?:
This book is an inspiring biography of Ayn Rand and about her philosophy works. The letters will make the readers like taking part in a drama. This is one of the Leonard Peikoff popular novels that have become a talk of the town.

Ayn Rand: A Sense of Life 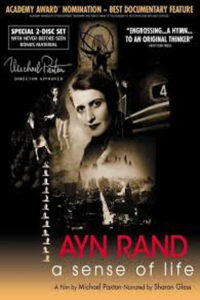 From the streets of Russia to the steps of Hollywood, we see the journey of Rand who is the author of famous books named The fountainhead about objectivism and philosophy. This book explains the story of Rand from a poor immigrant girl to screenwriter and then to the world-famous author and writer. This also has beautiful photographs of Rand.

Read it For:
This is the beautiful book that lets you learn of how Ayn Rand has grown leaps and bounds, i.e. from rags to riches in her life.

Don't Read it For:
This is not for the people who are looking for books with elements of action, adventure and fun.

What makes this book stand out?:
This book is to read about the lady who has grown leaps and bounds in her life as the best author. This book gives inspiration to millions of people who are aiming to become a writer. 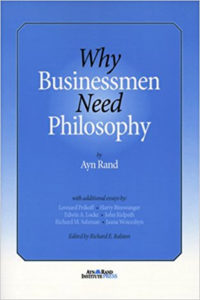 This has a spate of essays that help the businessman of today’s times to learn about the philosophy to embrace in doing free trades, free markets, healthcare and business regulations. This book has three essays wherein one is written by Leonard and the other two are authored by Rand. The money-making personality and an answer for businessmen are found in this book.

Don't Read it For:
This is not for the people who want to read about something related to business.

What makes this book stand out?:
This book stands out with interesting essays for business people that tell them the significance of philosophy in the business world. 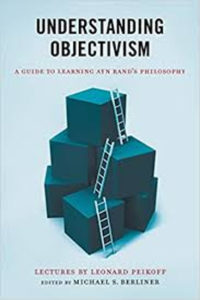 This book demonstrates philosophy in the viewpoint of Ayn Rand's. In addition, it also outlines the study of objectivism and principles that one has to apply in life. This has proactive discussions about thoughts and beliefs of Rand. This book will take the philosophy of Rand to another level.

Read it For:
This is an interesting book that lets you understand about philosophy in-depth.

Don't Read it For:
This is not for the people who want to read about the romantic and adventurous novel

What makes this book stand out?:
This book stands out by letting you learn about objectivism and how it is applicable in everyone’s life clearly.

The DIM Hypothesis: Why the Lights of the West Are Going Out 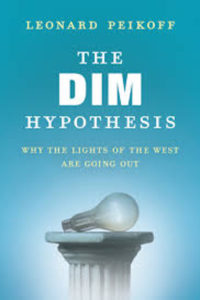 This book demonstrates the controversial and breakthrough DIM Hypothesis. Also, this author has thrown a new light on the human thoughts and their impact on Western Culture. The author has identified three methods to integrate data and connect them with the help of a scientific theory. The first method is called as Integration and the second method is known as Misintegration and the final method is called as Disintegration. These three methods are used to shape the west and also used to represent various fields including education, politics, literature and physics. This predicts the future of the US.

Read it For:
This is an interesting book that lets you gain in-depth knowledge of the DIM hypothesis

Don't Read it For:
This is not for the readers who are interested in reading the humorous, fictional and adventurous novel.

What makes this book stand out?:
This is an intriguing book that gives you three methods to explain why lights of the west are going out and anticipate the feature of the United States.

Teaching Johnny to Think: A Philosophy of Education Based on the Principles of Ayn Rand’s Objectivism 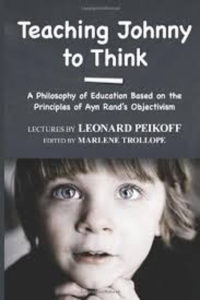 This book has an interesting case about the rational system in education wherein the author took three schools and their educational system into consideration and tries to replace with the present system. He translated the discussions into the easy to understand the language in this field. In this, he has produced a few methodologies that are to be embraced by high school students to attain their goals.

Read it For:
This book is for the people who are trying to bring a change in the education system. This book motivates students to attain their goals by following the methodologies discussed.

Don't Read it For:
This is not for the people who are not interested in reading books related to philosophy.

What makes this book stand out?:
This book stands out and gives the principles of Rand in the education system.