The world, as we know it, receives energy in forms both renewable and non-renewable, but as the years pass, it has been noted by many with great concern that mankind’s over-consumption has led to a turn for the worse in terms of the use of our energy resources. In this list of books about energy issues, readers can get an insider’s look at the state of the world today and where we must go from here to ensure a cleaner, greener future.

The Prize: The Epic Quest for Oil, Money, and Power 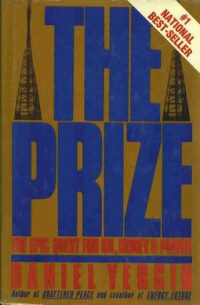 The book focuses largely on the history and oil, and the subsequent war for power and money that has always surrounded the business.

Read it For:
Yergin highlights wonderfully the rise of oil as a fuel source for machinery, as well as its growing presence in World War II. The writing is simple, easy to comprehend, and even quite witty at times.

Don't Read it For:
The jumps in timelines as well as between places and people in this retelling of history can be a little confusing at times.

What makes this book stand out?:
The author’s explanations in detail about the role of oil in the political, economical, and environmental fronts are fascinating. 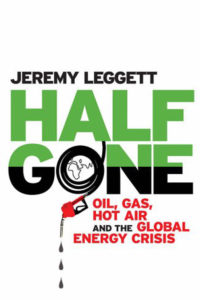 A former geologist, Leggett theorizes about the state of the world in the years to come by describing the current state of energy resources and just how much they have been exploited.

Read it For:
The author lays down the facts in a stirring, readable manner; his arguments are compelling and insightful.

Don't Read it For:
The book combines both oil issues and climate change and switching between the two topics is a little jarring at times.

What makes this book stand out?:
The book sends a strong, passionate message to switch to green energy sources as soon as humanly possible and lets us know exactly why the world is in the energy crisis of today. 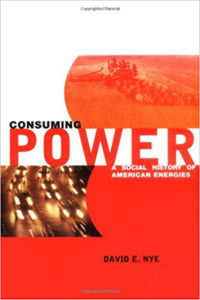 Nye in his account of the energy consumption patterns of America describes the rise in the development of technology and relates it to the power systems of today’s world.

Read it For:
Written simple and efficiently, the book is an excellent read for those interested in the history of America’s energy industry.

Don't Read it For:
The book is a wealth of factual data with nearly every line containing a statistic, which can prove to be quite an information overload.

What makes this book stand out?:
The author places more emphasis on human choice and uses great examples of people’s actions in their daily lives and how it affects the overall picture.

Ten Technologies to Save the Planet 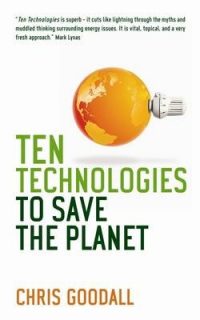 Goodall states in his book that there are technical fixes for climate change: he expands clearly upon green energy alternatives and the problems and benefits surrounding each one.

Read it For:
The style of writing is almost conversational and keeps the reading experience light and casual. Goodall describes the good and the bad, but also maintains that there is hope.

Don't Read it For:
The book, while providing an excellent overview, has become quite dated.

What makes this book stand out?:
The technologies covered are varied, including Wind, Water, Electric Transport, Geothermal, and Biofuels. The author describes each in a readable manner, giving the impression that he knows what he’s talking about. 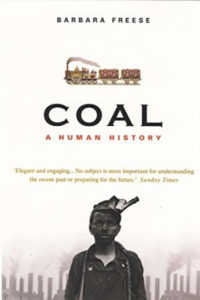 Coal has been both praised for its role in the energy movement as well as criticized for the amount of pollution it produces. In this book, Freese traces out the journey of coal starting from the mineral’s deep, deep beginnings under the Earth’s crust.

Read it For:
An excellent read for those interested in environmental sciences: the author does a good job highlighting both the benefits and problems caused by coal, as well as concluding that the balance must be found in sustainable energy.

Don't Read it For:
The book offers a more critical standpoint rather than an unbiased account of the history of coal.

What makes this book stand out?:
Barbara Freese uses a number of excellent examples and statistics that will make you sit up in your seat in surprise.

The Long Emergency: Surviving the Converging Catastrophes of the Twenty-First Century 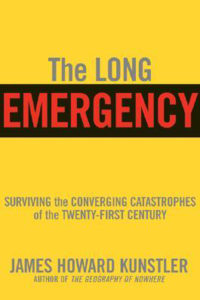 Kunstler explains in this book that the world is too dependent on oil and natural gas, and as the world runs out of fossil fuels, globalization is on the decline.

Read it For:
The book identifies the problems in the world and explains in a concise manner how they came about, and the impact it will have on the future. He explains the importance of finding a balance in terms of our consumption of energy resources.

Don't Read it For:
Kunstler focuses more on ZPE energy generation, which is not widely known, instead of focusing on Electrical energy.

What makes this book stand out?:
Though published a while ago, reading the book is almost terrifying, for most of the author’s predictions have become true in today’s world.

The Bulldozer in the Countryside: Suburban Sprawl and the Rise of American Environmentalism 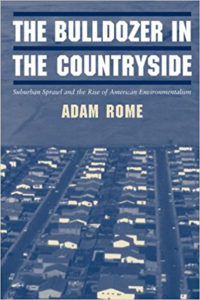 Rome covers the history of solar power, the environmental movement, the rise of development while explaining the relations between economics and the environment.

Read it For:
The book provides an insightful link into the connections between industries and the impact they have produced in today’s society. The history of the housing industry, as well as ecology and carbon emissions, are also done well.

Don't Read it For:
The book does not detail the rise of urbanization and the consumerism mentality that followed.

What makes this book stand out?:
The information gleaned from the book is invaluable and presented in a manner that is almost fun to study. Overall, an interesting read.

Energy at the Crossroads: Global Perspectives and Uncertainties 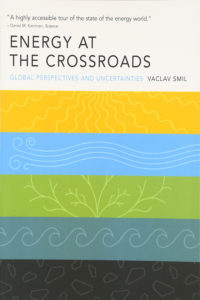 The book provides a thorough introduction to the subject of environmentalism and energy and also describes the issues we are facing currently.

Read it For:
Smil describes superbly the complexity of the energy system and the impacts it has on both society and the environment, using a clear writing style mixed with real facts.

Don't Read it For:
The book largely focuses on the world as a whole and macro-issues rather than ones on a smaller scale.

What makes this book stand out?:
The book describes with care both the new and old energy foundations of the world and explains the differences between them, giving us his views on what will help in the future.

The Great Transition: Shifting from Fossil Fuels to Solar and Wind Energy 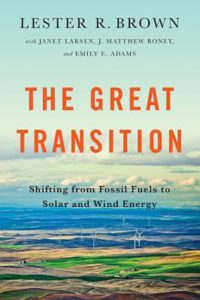 The Great Transition depicts in detail the changing of energy sources from oil and petroleum to Wind, water, and geothermal sources.

Read it For:
A fast read, giving us a quick overview and history of Wind, Water, Geothermal, and Natural Gas as energy resources for the future.

Don't Read it For:
The author’s views on nuclear power are quite vague, and the book is quite dated.

What makes this book stand out?:
The book describes what changes are already happening worldwide, and what can be further done to accelerate the movement. 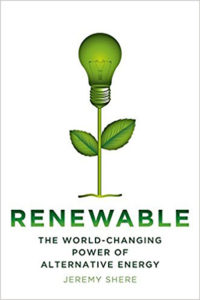 An introductory history of renewable resources as an alternative source of energy and the author’s hopes for a cleaner future.

Read it For:
The book acts as a great reference, thanks to its coverage of a broad range of topics, which are further detailed by an explanation of its history, rise, failures, and resurgence.

Don't Read it For:
The book largely focuses on renewable sources of energy like the wind and tides, and barely mentions the history of fossil fuels.

What makes this book stand out?:
The writer’s use of first-person experiences combined with historical accounts makes for an intriguing read that is grounded and hopeful.