Are you a book lover? Do you like to read and discuss the literature along with your reading buddies of a book club? Most of the book clubs choose books to read based on the popularity of authors, book awards, and titles. They know what you like to read and what you not and always have the best options for you. So how it has been in 2017? Does your book club have what you have been looking for or not? Or your book clubs are still in search of the bests of 2017? 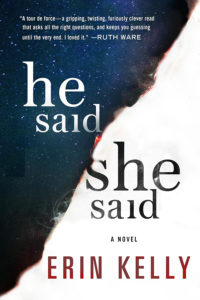 The story of He Said/She Said revolves around the two witness's statements of a rape trial. It is about whether they were telling the full story and did they indeed told what they had seen. The book had few cleverly dropped few of the herrings and kept the twist. It challenges the general prejudices and the assumptions which impact the victim in such cases but not in a tone of lectures. It goes smoothly. It is a Sunday Times bestseller from Erin Kelly. The story is well written and had managed to keep the readers engaged thinking on what's right and what's not until the end of the book. Read it if you love the mystery stories and stay away if you are looking something spicy and entertaining. 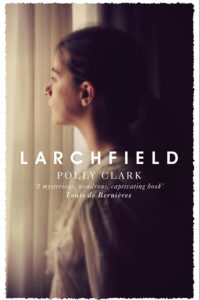 This is the first novel from the writer and poet Polly Clark. It is a story of Dora Fielding, a once prestigious poet who had been living in London and shifts with a baby and a new husband in the same town and found herself very lonely. She struggles to settle at new places with hatreds from the outsiders and find herself isolated from the rest. She started living in imagination and connects her life with the life of poet W H Auden she was fascinated by, and the two years he spent at Larchfield teaching school boys.   A good read for those who know how it feels being alone or moves to a new place and feel like an outsider. Most of them can relate to the book. Do not read if you are looking for some funny material to lighten up the mood. Certainly, one of the interesting book club books to read. 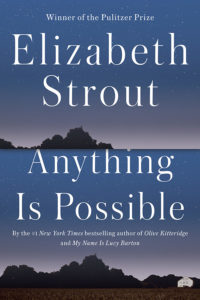 Most of you may have read the famous novel 'My Name Is Lucy Barton' which was about the story of a writer who born and was brought up in poverty in a rural area of Illinois, how he ran away to New York and became a writer. This novel is the sequel to it and moves around Barton’s hometown of Amgash, Illinois. It showcases the small town life and the truths behind it. In this part, Barton has published her autobiography, and the people nearby her discover it. They find their secrets revealed in the book.   Read it for the beautiful and addictive writing from Elizabeth Strout, showcasing the abuse suffered during childhood by Barton. It is a dangerous book and does not read if you are looking for some romantic kind of book.

This is How it Always Is 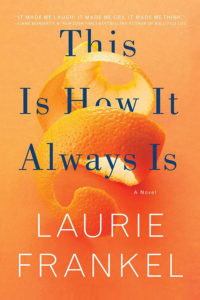 This is a story about transgender. The tale narrates about the things happened with the parents of five children with one boy who wants to be a girl. This represents the day to day parenting difficulties of the parents who want their child to be safe and happy in the world where she may be bullied for being herself. The book has many funny and unexpected encounters.   The book gives you entertainment and keeps yourself engaged in finding the culprit who may reveal the family's secret to the world when they shift to a new place. At least you come to know the answer. The book can keep it's ironic title 'This is How it Always .'Read it for the entertaining way of writing from Laurie Frankel.

See What I Have Done 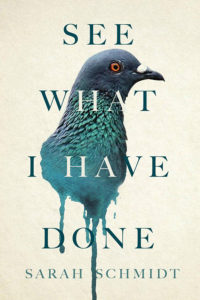 It is debut novel for writer Sarah Schmidt. It is a psychological thriller with bold and witty writing from the author. It is a story of a famous murder mystery of Abby and Robert Borden in 1892.The two got brutally murdered with an ax in Michigan, and the entire world was looking at their youngest daughter, Lizzie Borden. Was she culprit? The novel describes Lizzie's unique personality and the different angles of the story. The storyline is well written and kept readers to do the guesswork.   Do read if you like mystery murders stories with thrill but those who feel uncomfortable and unpleasant by mentions of blood, bones, and sickly sights should stay away as it has plenty of them. This is undoubtedly best book club reads for 2017 to suggest. 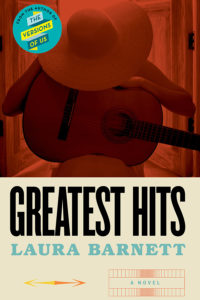 It is a story of ex-musician Cass Wheeler who is in her 60s now. She is living at a remote place after a tremendous personal loss. One day she forced herself to hear the songs she has written. The entire life of her gets reflected through these songs. She has narrated in flashback style with every chapter with a song. It reveals about her difficult birth, the healthy relationship between her and her mother, the time her mother left her. It has a phase of 'Love' as well. The story narrates about how she started her career in music and again about her come back after years.   A very well-written emotional story. The name justified the story of a collection of 16 Greatest hits from Cass Wheeler life.Barnett herself writes the songs. It is around 400 pages read; you should read it to enjoy the excellent storytelling of a musical journey. Even the companion album of the songs from this novel is there. Skip this if you hate too many characters in a story. 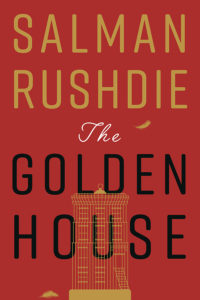 The novel from a non-protagonist narrator who is peripheral to the actions. The story starts with the election of Barak Obama as a resident and ends with a time gap of eight years on the election eve when one of the lead contenders refers himself as a "Joker."Neo" is the lead character of the story and contains imitations of Trump as well. He is a man with a beautiful Russian wife and fabulous wealth. It talks about social realities, hypocrisies and political dangers of modern American culture. The mystery is inescapable.   A Must read a book from a 'Booker Prize-winning author' with serious stuff. Skip it if you are not interested in the political issues and hypocrisies. One of the top-rated book club books for the readers.

The Other Hoffmann Sister 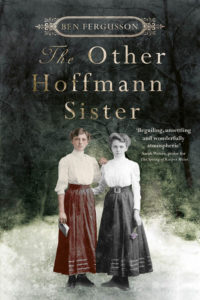 The Other Hoffman Sister is a story about two sisters, Margarete and Ingrid. Ingrid Hoffmann has always been responsible towards Margarete. But when they moved to German Southwest Africa in 1902, she was more anxious due to strange relationship between their parents and Baron von Ketz from whom they bought the land. The story continues and then turned to a different angle when Margarete gets engaged with the son of Baron von Ketz on the eve of First World War, and she suddenly disappears on her wedding night. Ingrid wanted to find out what happened to her sister. The story continues with her journey of finding the truth. The novel takes a reader on a tour of South Africa, Berlin during the war period.   It is a novel, from the award-winning author Ben Fergusson and you will enjoy the mystery with the different characters of the time. But it is not a read for people looking to relieve some stress with entertaining and smooth novels with a bright, streamlined story. Overall a good book club selections to add to the store. 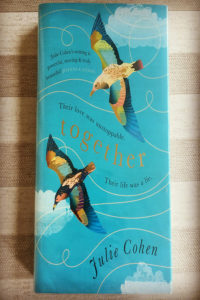 It is a beautiful story of Robbie (an Alzheimer’s patient) and Emily, their lives and the love between them. The story starts at a pleasant morning when Robbie completes some work as of his regular schedule but leaves Emily leaving a letter for her that just broke her heart. The story is then narrated in reverse chronological order all way back to 1962 through their lives, living, and their raising of children, family disagreements to the days they spent together as a student. Every chapter unfolds a new factor and gets closer to discover the mystery. The secret for which they are ready to do anything to keep it protected from others.   This is the very well written story and certainly worth to read till the end to know the secret. Do not read if you can't wait until the end to know the secret. It is one of the best book club choices. 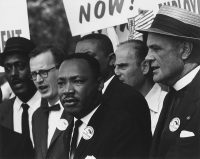 The story is a monograph on food and body image in our so-called modern culture. The author has described her own experience of her body and its relation to food and weight, particularly after being gang-raped at the age of 12.   It will forever change the way you look and think about food. Read if you like to read and get involved with social cause and education but can skip if you are looking for a happy, mood changing, book. It finds a place in best book club choices.

Hope you will enjoy these books. Happy reading!!